Ukrainian servicemen during a US-funded training at the Yavoriv base in western Ukraine. Photo credit: Mansur Mirovalev / WhoWhatWhy
International

Many Ukrainians Dismiss Putin’s ‘Invasion’ Threat as a Bluff

KYIV, Ukraine — While the West might be concerned about the menacing buildup of some 100,000 Russian troops on the Ukrainian border, Ukrainians themselves seem far less alarmed.

There has been no panic or mass migration to the European Union, where any Ukrainian passport holder can travel visa-free provided they’ve been vaccinated against COVID-19. Restaurants and shopping malls in Kyiv are jam-packed, and Christmas shoppers are everywhere. And real estate prices have long exceeded the pre-war figures. Valentina Zatulina, a realtor in Kyiv, told WhoWhatWhy, “Sales are up.”

One reason for Ukraine’s apparent calm is that the country faces a far different situation today than it did seven years ago when Russian troops forcibly annexed the Crimea and clandestinely aided separatist rebels in the border region of Donbas. The events in 2014 were triggered by Kyiv’s self-styled “Revolution of Dignity,” which toppled Viktor Yanukovych, the pro-Russian president. The months of violent protests created a power vacuum and a separatist uprising that turned into one of Europe’s hottest conflicts, displacing millions of Ukrainians and costing more than 13,000 lives.

Roman Nabozhniak, a lanky, bearded, 31-year-old former soldier, knows about those events from first-hand combat experience. In 2014, he volunteered to join Ukraine’s understaffed, underequipped, and largely demoralized military to spend 14 months on the frontline as the war turned into a smoldering quagmire resembling the trench warfare of World War I. 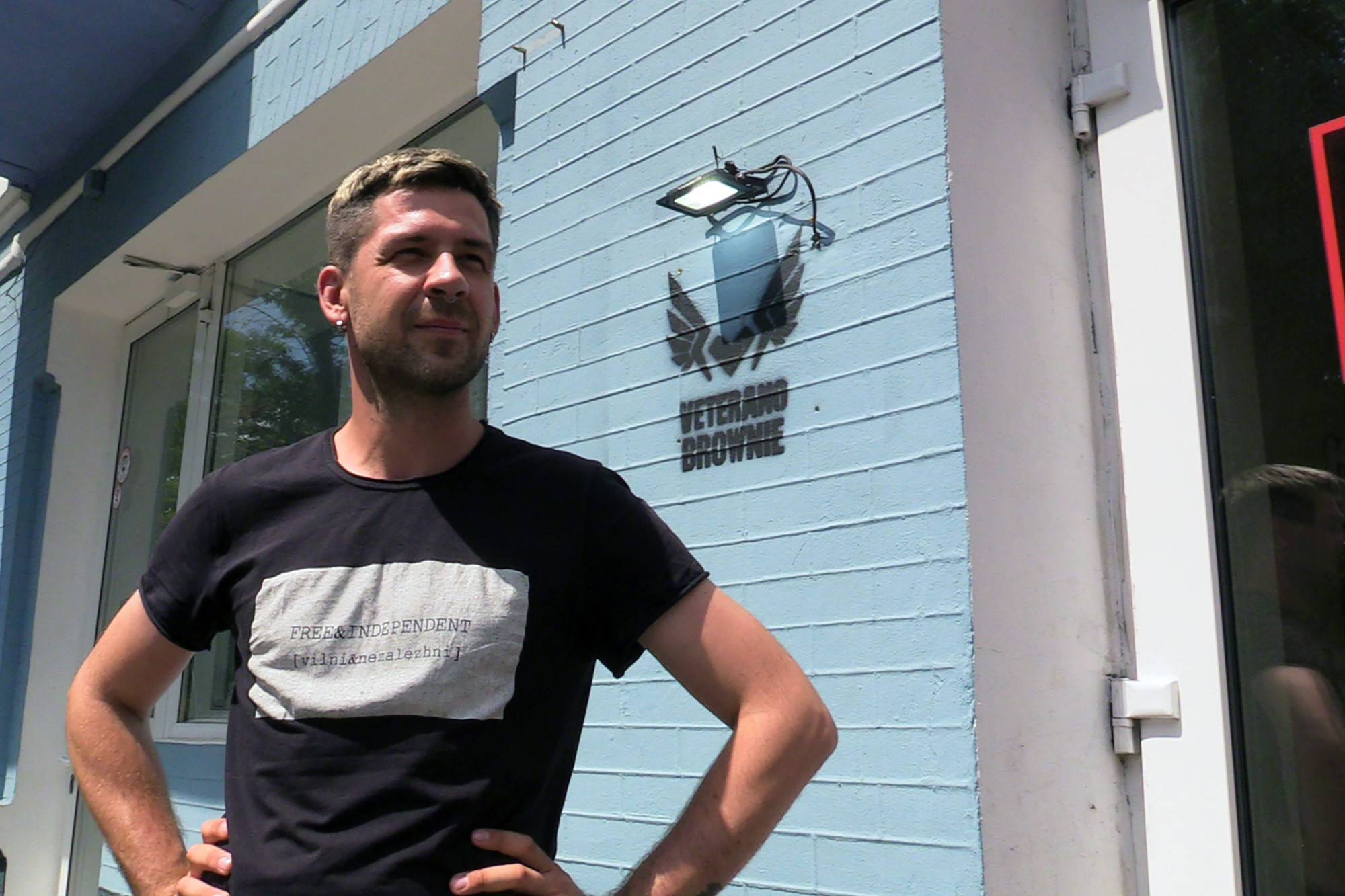 “We are much better organized and experienced than in 2014, so it wouldn’t be an easy promenade for the Russians,” said Nabozhniak, the owner of the Veterano Brownie, a café in central Kyiv.

“Putin is artificially boosting the degree of hysteria because Moscow realized that the Ukrainian army is irreversibly rearming with the US, Turkish, and, soon, German supplies, and won’t be that critically weak in the face of a possible Russian aggression,” said Nikolay Mitrokhin, a researcher at Germany’s Bremen University.

He said that the supply of Turkish-made Bayraktar drones that were crucial in last year’s war between Azerbaijan and Armenia over the separatist enclave of Nagorno-Karabakh would alone stop Russians.

And Ukraine’s own producers came up with new weapons that proved lethal to the Russian-backed separatists — including the Skif guided missile system developed by the Luch Design Bureau in central Kyiv, a stone’s throw from a bustling farmer’s market and a subway station.

Observers see Putin’s move as a costly, intimidating way of forcing Ukraine and the West to restart a dialogue with Russia.

“The concentration of troops on [Russia’s] western border is a means of political pressure on Ukraine, and — to an even greater degree — on the West as a whole,” said Pavel Luzin, a Russia-based defense analyst for the Jamestown Foundation, a think tank in Washington, DC.

After all, Putin tried a similar maneuver this spring and got his first face-to-face meeting with US President Joe Biden in June.

“This is a repetition of what worked in the spring — a concentration of troops [that forced] the US and Europe to talk to us more eagerly,” Luzin said.

That is one interpretation. Other Ukrainian observers warn that Putin could surprise everyone and decide to invade. If he did, they predict it might happen in early 2022.

If the Russian military did decide to invade, it might attempt to seize two southeastern regions to create a land bridge to Crimea and reopen the Crimean canal that used to supply 85 percent of drinking water to the arid peninsula. “The canal’s shutdown in 2014 led to a severe perennial drought,” said Ihor Romanenko, a retired lieutenant general and former deputy chief of staff.

“Paradoxically, Russia is helping to strengthen the Ukrainian sense of nation that some Russian politicians claim does not truly exist.”

If Putin decides on another invasion, his strategy might also include sending in troops from Russia-friendly Belarus and even Transnistria, a pro-Moscow separatist province of Moldova that is strategically stretched across Ukraine’s southwestern border.

But a Russian intervention would have to deal with a Ukraine that is far more unified than it was  in 2014.

For decades, the France-sized nation of 43 million was divided linguistically and culturally. Russian-speaking eastern and southern regions gravitated toward Russia, while Ukrainian-speaking central and western regions looked to the West. 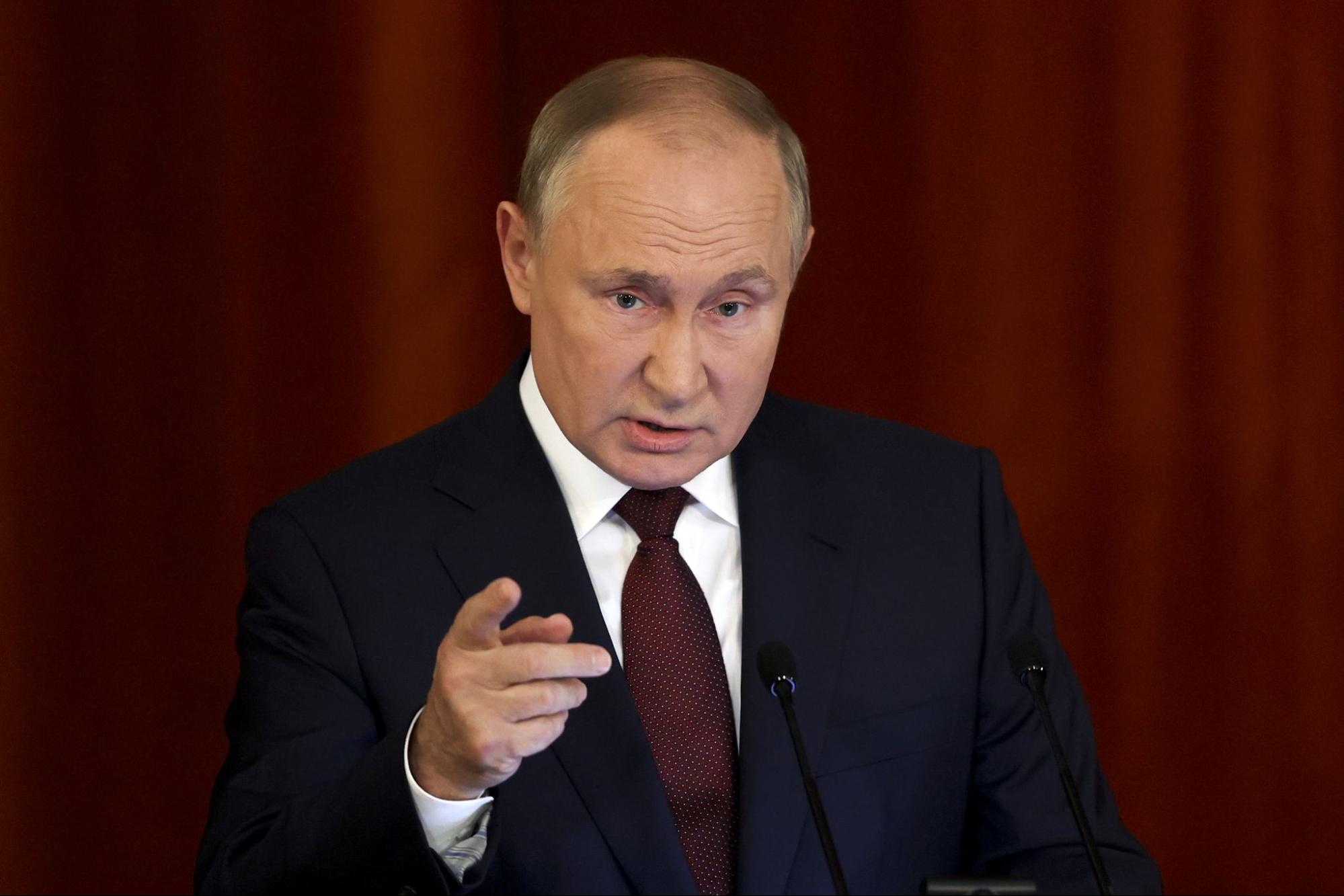 That division — coupled with the mutually-contradicting interests of several mighty regional oligarchs — hobbled each new president who needed to engage in political horse-trading to gain a majority in the Verkhovna Rada, the lower house of Ukraine’s Parliament.

But after the separatists carved out two totalitarian, neo-Stalinist, and economically stillborn “people’s republics,” many pro-Russian Ukrainians realized what it meant to side with Putin — much less depend on him for political backing, military support, and food.

Ukrainians may be divided about incumbent President Volodymyr Zelensky — a former comedian and political rookie who hails from a Russian-speaking Jewish family and won the 2019 election with an unprecedented 73 percent of the vote — but they are united when it comes to resisting Putin.

“They may not all agree on Zelensky’s policies, they may be fed up with a bad economy, but the common tone in the country is one of exasperation and head-shaking at the behavior of Russia, even among those who prefer to use Russian as their daily language rather than Ukrainian,” said Ivar Dale, a senior policy adviser with the Norwegian Helsinki Committee, a human rights watchdog.

“Paradoxically, Russia is helping to strengthen the Ukrainian sense of nation that some Russian politicians claim does not truly exist,” said Dale, who has lived in Ukraine and visited most of its regions.

Putin has repeatedly claimed that Russians and Ukrainians are “one nation,” yet his efforts at coercing Ukraine into joining a Moscow-led economic bloc are widely dismissed as a reincarnation of the USSR-like actions that triggered the Revolution of Dignity.

At the same time, many Ukrainians see Putin’s efforts to divide them, to scare off foreign investors, and to make people chronically anxious as more harmful than an actual invasion.

“Living under threat is even more exhausting than combat,” war veteran Nabozhniak concluded.

While many Ukrainians are convinced that Putin won’t dare invade, some of that thinking may be influenced by the fact that the last thing anyone in the Ukraine wants is to be engaged in another war.

Even though the economy has recovered from the shock of severing economic ties with Russia, it is “not yet ready for a wartime format” à la Israel, said Aleksey Kushch, a Kyiv-based economist.

If Putin does decide to act, he would very likely not be overly concerned with establishing a pretext for an invasion as he did in 2014.

“One can always find a casus belli,” Romanenko said.