Citing the grossly disproportionate distribution of vaccines as an example, a damning new report condemns world leaders and “corporate titans” for putting their profits and power ahead of facilitating an equitable global recovery from the pandemic.

In its annual human rights report, Amnesty International (AI) had harsh words for Western governments and corporations alike and noted that 2021 was a wasted opportunity to ease systemic inequality.

“Leader after leader dangled promises to ‘build back better’ to address deep-seated inequalities that exacerbated the impact of the pandemic,” said Agnès Callamard, AI’s secretary general. “Instead, they have performed a tragic fable of betrayal and greed in cahoots with corporate titans.”

The analysis of the human rights watchdog claims that around just 4 percent of the populations of low-income countries had been fully vaccinated by the end of 2021, though it is unclear if any other studies can back up this figure. The most recent United Nations (UN) numbers estimate that about 15 percent of people in low-income countries have received at least one dose of a vaccine, which is about one in seven people.

As of the end of March, just under 72 percent of people in high-income countries have received at least one COVID-19 vaccination.

The report alleges that the “self-interested nationalism” and corporate greed of the world’s highest-income countries undercut the success of the COVID-19 vaccine development and contributed further to the pandemic suffering of marginalized communities. Weak global leadership is also blamed for the proliferation of violent conflict around the world.

Many of AI’s complaints build on the trends identified in last year’s 2020 report, such as the amplification of decades-old inequalities due to the pandemic and the dominance of national self-interest over international cooperation. AI has released annual reports documenting the state of the world’s human rights since 1962. The chair of its board, Dr. Anjhula Mya Singh Bais, called the report’s release date “the day every dictator hates.”

According to AI, the European Union member states, the United Kingdom, and the United States hoarded vaccine doses while the corporate titans of Big Pharma “put profits ahead of people, refusing to share their technology to enable wider distribution of vaccines.”

Big Tech and social media companies also exacerbated the pandemic by allowing their platforms to be breeding grounds of pandemic and vaccine misinformation. 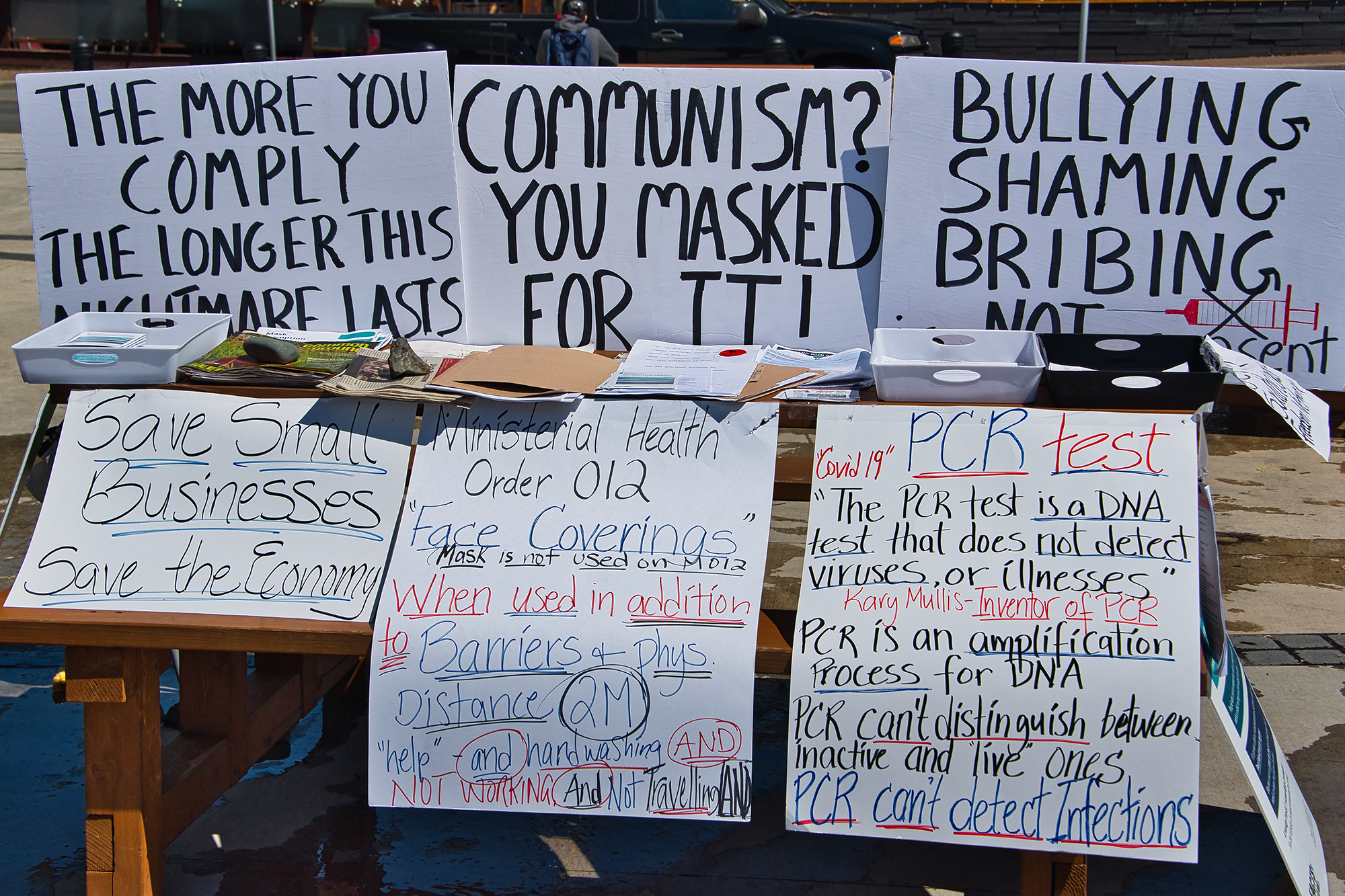 “The extent of [Big Tech] profiteering from that misinformation and the impact of that on the lives of millions mean those companies have a serious case to answer,” Callamard said.

AI chose to launch the human rights report from South Africa because of how “clearly and cruelly” the devastation of the pandemic is felt on the African continent. AI estimated that less than 8 percent of the continent’s population had been fully vaccinated at the end of 2021, while the UN found that the figure was closer to 11 percent by early February 2022.

The group believes that this inaction had serious consequences beyond the pandemic response.

“The global failure to build a global response to the pandemic also sowed the seeds of greater conflict and greater injustice,” said Callamard. “Rising poverty, food insecurity, and government instrumentalization of the pandemic to repress dissent and protests — all were well planted in 2021, watered by vaccine nationalism and fertilized by the greed of the richer countries.”

Another worrying trend the group identified is the stifling of dissenting voices against national governments. The pandemic was allegedly used as a “smokescreen” to detain, torture, and “disappear” dissenting human rights defenders, nongovernmental organizations, media, and opposition leaders. 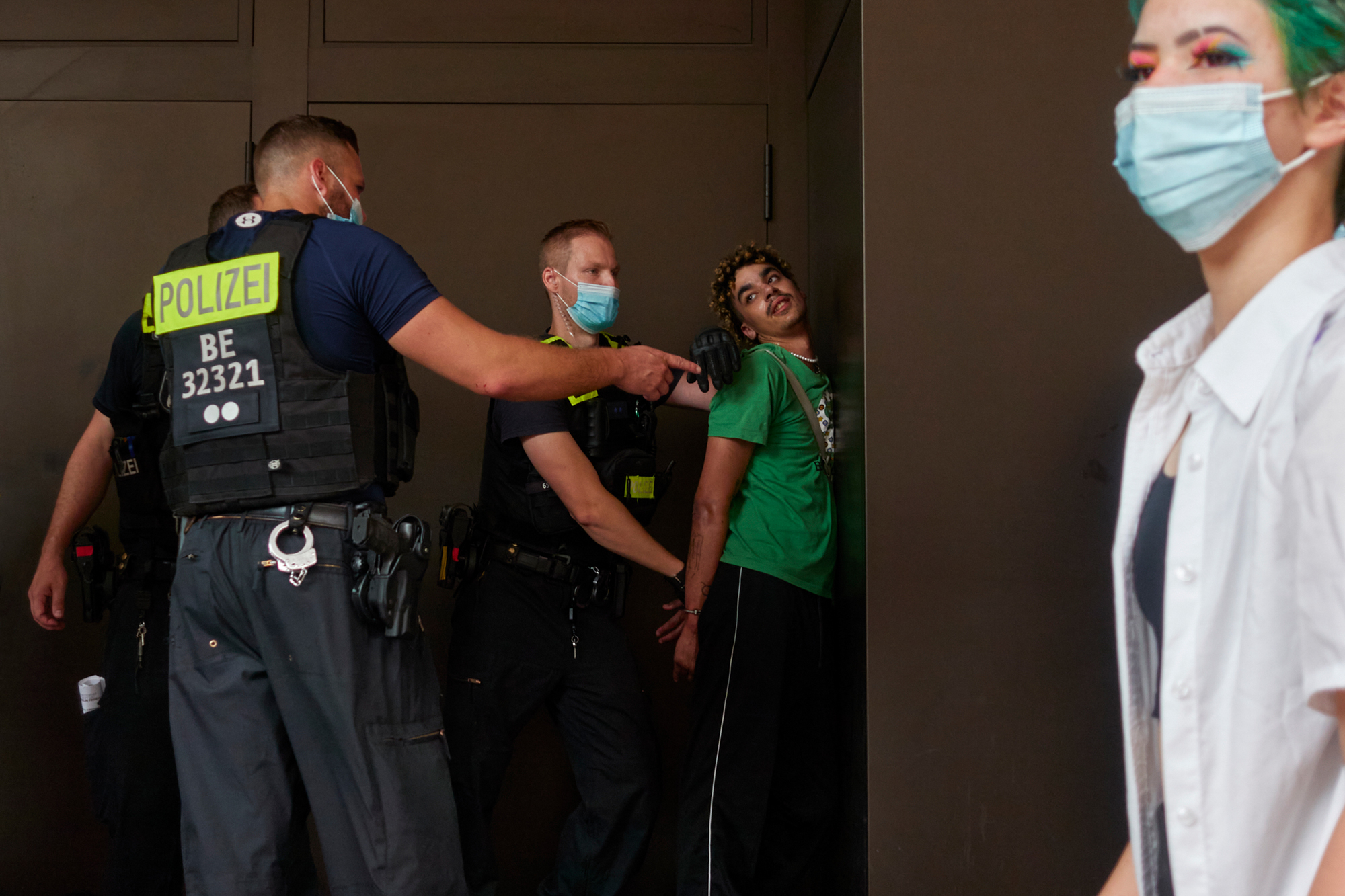 The report found that new laws intended to repress freedom of expression, association, or assembly were introduced in at least 67 countries last year. Such laws, as well as the use of digital surveillance and oppression, are well documented in Russia and China, but attempts to stifle dissent are also being made in supposedly democratic countries. The UK government proposed a bill that would limit peaceful assembly and expand police powers, and 36 American states also drafted legislation to limit freedom of assembly, Amnesty found.

The US Protest Law Tracker, a project of the International Center for Not-for-Profit Law, has found that 45 states considered 245 bills that would limit the right to peaceful assembly since January 2017, with 38 bills enacted and 46 currently pending. The five states that have not introduced assembly-limiting legislation in this time are Maine, Vermont, Delaware, New Mexico, and Hawaii.

However, Amnesty also pointed to the efforts of activists and protesters whose impact may help improve human rights around the world. Citizens in Columbia, Russia, and India protested actions of their governments that infringed upon their rights, while climate and Indigenous activists continued to demand action on the climate crisis. Multinational companies, such as Nike, also faced criminal complaints and litigation over forced labor in Xinjiang, China.

“The palpable and persistent resistance offered by people’s movements the world over is a beacon of hope,” said Callamard. “Uncowed and undaunted, theirs is a clarion call for a more equal world.”