Steven Seagal used to be known as a Hollywood action hero. These days he is an extra in the Kremlin’s political spectacle leading up to the election for Russia’s parliament in September.

Five years ago, Seagal, who has a black belt in aikido, received a Russian passport from his longtime icon and fellow martial arts enthusiast Vladimir Putin.

In late May, clad in a black coat and sporting undersized sunglasses, Seagal joined A Just Russia, a pro-Putin socialist party.

Seagal’s participation in Russian politics might seem unusual: The American actor and guitarist doesn’t even speak Russian. But the party’s chairman, Sergey Mironov, had a clear role in mind for Seagal: “We have a batch of environmental initiatives in our program, and if we can involve such a globally famous person, it will help us,” he said.

The phenomenon is not unprecedented. Though Seagal is the first Western celebrity to join a Russian political party, many parties recruit local stars to boost their popularity.

Nikolai Valuev, the tallest and heaviest boxing champion in history, has towered over other lawmakers since 2011.

At 38, gymnastics superstar and Putin’s alleged partner, Alina Kabaeva, is a former member of the State Duma who reportedly owns a chain of supermarkets and heads a media consortium.

The world’s first woman in space, Valentina Tereshkova, was launched into orbit in 1963 — shortly after becoming a member of the officially atheist Communist Party. Last year, the 84-year-old United Russia lawmaker and champion of “traditional Orthodox Christian values” relaunched Putin’s presidential career by sponsoring a bill to “nullify” his previous terms.

From Star to Pro-Putin Smoke Screen

But what makes them different from American celebrities-turned-politicians such as Arnold Schwarzenegger, Ronald Reagan, and Donald Trump?

Analysts say celebrities mostly serve to add a splash of color in otherwise dull pro-Putin cohorts. Russian celebrities are “a very expensive background,” Kyiv-based analyst Aleksey Kushch told WhoWhatWhy. “Their objective is not to ensure an election victory, because that is already guaranteed, but to form a nice background afterwards.”

“In the West and in Ukraine, the popularity of a candidate is used by politicians in their fight for power, but in Russia, those in power use [stars] as an information smokescreen,” Sergei Biziukin, who fled Russia in 2019 after trying to run for president in a publicity stunt he designed to show that every Russian “has the right to elect and be elected,” told WhoWhatWhy.

Unsurprisingly, pro-Putin stars rarely rise above the State Duma, the lower house of parliament fully dominated by United Russia and the “systemic opposition,” a trio of designated political underdogs that are nominally opposed to the ruling behemoth, but fully support Putin. 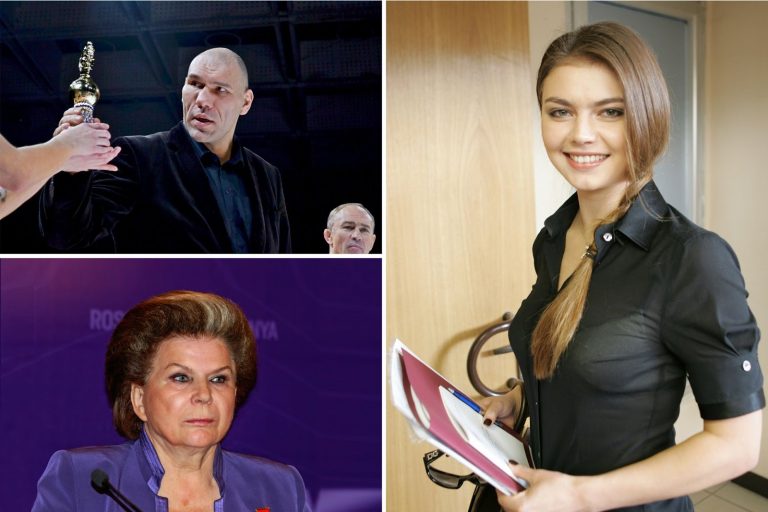 Russian celebs who oppose the regime disappear from TV screens and ruin their careers.

“This regime is doomed, what we’re witnessing now is its agony,” he told this reporter during a court session in 2007 that sentenced him to five days in jail for leading a protest. He was forced out of Russia in 2013; the regime is still alive and a lot more authoritarian.

Eduard Limonov, a novelist known for “scandalizing” the Russian public with descriptions of homosexual encounters in his writing, founded the National Bolshevik Party that preached the annexation of Crimea and the Russian-speaking regions of Ukraine and Kazakhstan.

In the early 2000s, the Kremlin saw such ideas as “extremist,” and Limonov was sentenced to four years in jail in 2001.

After Moscow annexed Crimea in 2014 and backed pro-Russian separatists in Ukraine, Limonov became a Putin loyalist, while many National Bolsheviks joined the rebels. “The current government partially declares the imperial slogans we declared almost 25 years ago,” septuagenarian Limonov told this reporter in 2015.

The most outspoken anti-Kremlin celeb is Ksenia Sobchak, a reality TV star and socialite once dubbed “Russia’s Paris Hilton.” 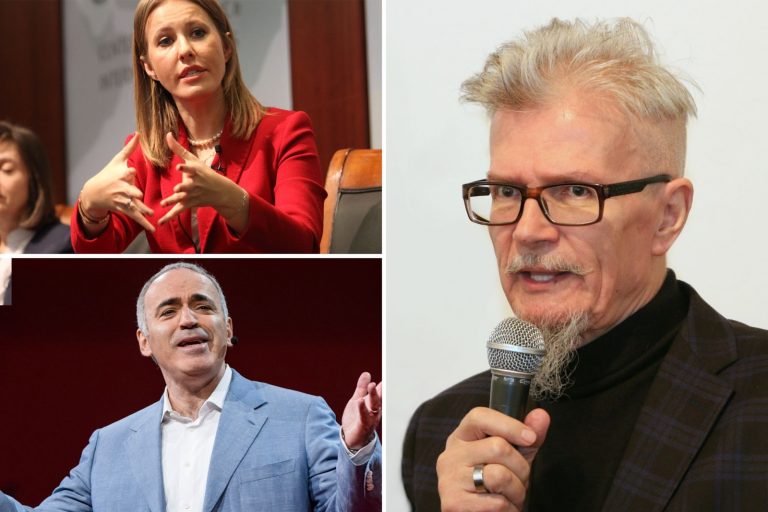 Her late father, Anatoly Sobchak, who served as St. Petersburg’s mayor from 1991 to 1996, hired a disoriented and destitute KGB officer-turned-cabbie named Vladimir Putin as his deputy. Young Ksenia called him “Uncle Vova.”

But a decade later, while dating an opposition figure, Sobchak became a Kremlin critic. She sided with now-jailed opposition leader Alexei Navalny and even ran for president in 2018 — winning 1.68 percent of the vote.

Her TV career stalled, and police confiscated $1.7 million in cash from her apartment.

These days, the 39-year-old Sobchak has toned her dissidence down. In her latest video, posted in mid-June on her Beware, Sobchak! YouTube channel, she berated Putin for misquoting novelist Leo Tolstoy during his summit with US President Joe Biden but blamed the mistake on his speechwriter.

“I hope this person is fired by now,” said Sobchak. She was clad in a white T-shirt with the word “Sorry” printed across it.

In the early 1990s, A Just Russia’s future helmsman Mironov was a municipal lawmaker in St. Petersburg, where Putin was deputy mayor and city hall liaison.

Observers claim that the Kremlin put together A Just Russia in 2006 to lure leftist elderly voters and make it part of the “systemic opposition.”

These days, A Just Russia is barely alive — thanks to Mironov’s lack of charisma and overly populist pledges.

The white-haired ex-geologist ran for president twice, promising to nationalize the oil industry, increase salaries three-fold, and make corruption crimes equal to treason. Both times, he came in last.

A Just Russia holds 23 seats in the 450-seat Duma but may lose them in September because only 5 percent of Russians want to vote for it, according to a March survey by the Levada Center.

That’s why it desperately needed what Russian political campaigners call a “tank” — a celebrity who would push its sagging ratings.

Many Russians remember him in flicks on pirated VHS tapes and know little about the sexual harassment scandals Seagal was embroiled in for decades.

He also made headlines after supporting Crimea’s annexation and calling Putin “one of the world’s greatest living leaders.”

“He was this Hollywood star on par with Arnold [Schwarzenegger] and Chuck Norris, and now he is our guy, a Russian,” Rostislav Antipov, a construction manager from the Moscow suburb of Peredelkino, told WhyWhatWhy.