From Russia With Hate

The current attack on Ukraine by Putin’s Russia is a terrible historical tragedy, expressing deeper trends and tendencies in global civilization, which lurches toward authoritarianism. A video from The New York Times shows terrified young Ukrainian women clutching machine guns which they have just learned to use, in preparation for a guerrilla war against Russian troops. This is heartbreaking.

I am surprised by the failure of a number of popular alternative journalists/public intellectuals, ostensibly on the “Left” (a term in transition), to condemn this reprehensible invasion and to reckon with what it represents. I can understand how and why these public intellectuals — including Glenn Greenwald and Russell Brand — tend to promote relativism. They focus on the historic flaws and military aggressions of the US and NATO as roughly equivalent to Putin’s aggression. I understand why they suspect an underlying drive — on the part of America and its allies — to seek more conflict in order to fuel the military-industrial complex and enhance its corporate profits. However I think their analysis is critically flawed. I am concerned they will lead their followers into deeper confusion, thus making it more difficult for us to understand what is happening and respond effectively.

Brand proclaims there are no “goodies and baddies” among the government leaders involved in this crisis, but only “baddies and baddies.” Greenwald expresses a similar viewpoint. I think they have gotten themselves trapped in a regressive logic that isn’t letting them see this situation clearly. We can be furious at the US, UK, and West European governments for their many corruptions, deceptions, blood-drenched invasions, and coup d’etats over many decades. This is reasonable. But the unfortunate, inconvenient reality is that we have entered a larger struggle for the future of humanity. I believe this requires breaking free from the consolation of relativism.

There is an inescapable moral reality that must be addressed. Sometimes one has to take sides. Once again, as in the 20th century, the global struggle is between dictatorship and democracy. Democracy is flawed, imperfect, disappointing, often corrupt, and fragile. But dictatorship is far worse.

There may not be “goodies and baddies,” but there are still degrees of “badness and worseness.” Those degrees are particularly important now, in an age of asymmetric information warfare and exponential technology (including military technology). The West is bad in certain respects, but Russia under the dictatorship of Putin is much worse — in fact terrible — and very dangerous for the future of the world, particularly in alliance with Chinese totalitarianism.

I read Timothy Snyder’s The Road to Unfreedom in search of clarity. Snyder makes many points that stand out for me, corroborated by many other sources:

Putin is a ruthless dictator, fueled by a self-serving ideological fantasy that he seems to have willed himself into believing (more on this later). He has removed all checks and balances on his power. There is no democratic succession in Russia, hence Putin’s regime has no legitimacy. Russia today is a kleptocracy, ruled by a tiny oligarchy, where dissent is violently suppressed. Putin routinely uses assassination, poisoning, and mass imprisonment to increase his control over the country. He also seeks to export this model of governance to other countries around the world.

Ukraine understands itself to be an independent country, and has a valid claim to determine its own destiny. Ukraine seeks to join the EU and to have the protection of NATO because it wants to have democratic elections and the rule of law, and to not be under dictatorial control and kleptocratic corruption.

We may agree that the liberal democratic system is far from perfect, but still most of us prefer to have some measure of individual rights and freedoms (including freedom of speech and freedom to dissent) that we would be deprived of if we lived in Russia today. Neither Brand nor Greenwald, for instance, would be able to share their contrarian views openly if they were Russian. That the Ukrainians desire these same rights should make us deeply sympathetic for their plight.

Russia has engaged in an extraordinarily cunning and successful campaign of information warfare and counterintelligence against the “West” (I don’t like using this term, but perhaps it is the best shorthand for the Anglo-European NATO countries). In the US, Russia was a major player in Donald Trump’s victory, using bots, hackers, floods of fake news, and phony social media accounts. This is part of a longer-range strategy to break American democracy and establish a similar authoritarian kleptocracy in the US as we see in Russia today. (At the same time, it is also the case that the CIA used similar information warfare tactics in other countries, including Russia itself. Russia seems to have gotten much better at it than the CIA.) Putin apparently believes that the degeneration of the West that he has sought to accelerate has reached a point where he can wage a new war of territorial aggression without facing serious opposition.

Many Leftist critics (including Noam Chomsky) blame the US and Europe for failing in their negotiations with Putin, particularly as our governments had at one point promised that Ukraine would never be considered for NATO membership, because it is next to Russia, and Russia believes it has historical rights over it. Obviously, this is a long, complex history to untangle, and I do not claim to understand all of it. Today, it seems clear, however, that the vast majority of Ukraine’s 43 million citizens do not want to be annexed by Russia, to live under the control of a corrupt, kleptocratic dictatorship. They want the same freedoms, rights, and opportunities as we experience in our admittedly deeply flawed Western democracies.

Journalists and intellectuals may argue that the West must sacrifice Ukraine’s future — its people’s ability to determine its own destiny — because of Russian military power (including its nuclear arsenal, which Putin is making threats about using). But if so, we should not pretend this is due to a failure in past negotiation. It is an act of appeasement, due to fear and, in some sense, moral cowardice. Unfortunately, history shows us that strategies of appeasement against ideologically fueled dictators almost invariably lead to catastrophic outcomes.

What comes through in Snyder’s book along with many other sources is that Putin’s decision to invade Ukraine, unprovoked by any immediate cause or rationale, has a disturbingly irrational ideological basis.  This is not yet well understood in the West, but it needs to become clear to us, as Snyder tried to do in his book. Umair Haque also summarizes some aspects of this ideology in a recent essay, “Putin is Acting like Hitler Because He Wants a Third Reich,” reviewing comments made by Putin over the years. 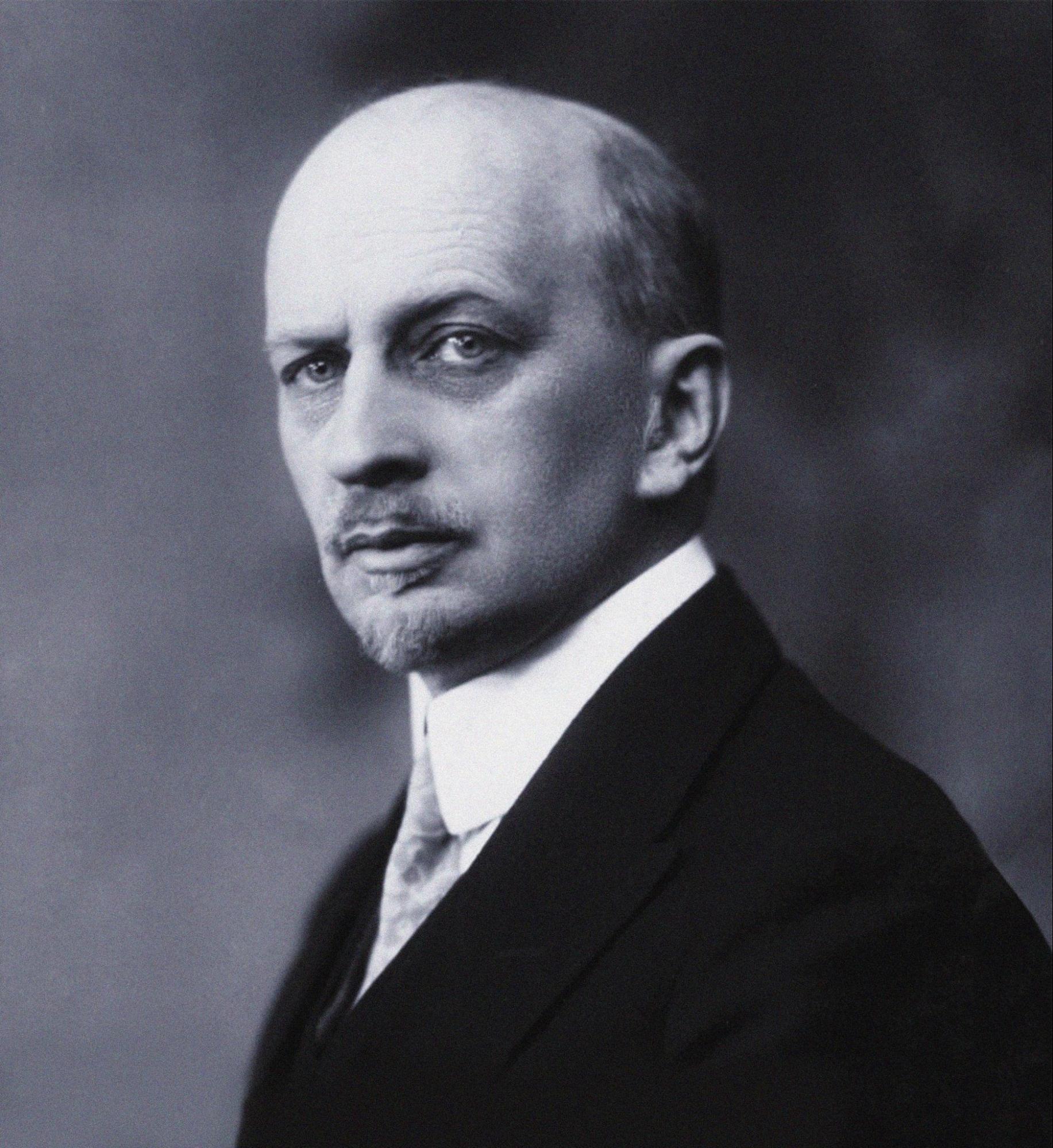 According to Snyder, Putin takes his ideological basis for waging an expansionist war from a once-obscure Fascist philosopher, Ivan Ilyin, a Russian aristocrat who lived in European exile during the world wars and drew inspiration from Hegel and Christianity. In 2005, Putin showed his allegiance to Ilyin by having him ceremonially reburied in Moscow.

Ilyin argued that individuality and social advancement were valueless, and that the individual should be subsumed under a totalitarian state ruled by a redemptive dictator. He believed that Russia possessed moral purity and would rise in the future to become the center of an Empire: “The nation is not God, but the strength of its soul is from God.” Ilyin also denied any separate existence to Ukraine, and believed its destiny was to be part of the “fraternal union” of Mother Russia, under dictatorial control. Ukraine is central to Russia’s renewed imperial ambitions.

Other important philosophical backing for Putin’s absolutist stance come from ethnographer and historian Lev Gumilev, son of the poets Nikolei Gumilev and Anna Akhmatova. Another influential adviser — although apparently fallen out of favor recently — is Alexander Dugin, an apocalyptic Christian philosopher who sees Moscow as the “New Rome” and believes we approach an apocalyptic end to humanity. Dugin finds “liberalism the main enemy and the final incarnation of the spirit of Modernity that was always considered by me as the absolute evil.” Dugin anticipates an imminent End of Times, “when time will collide with eternity and the created world will face its uncreated origin, its ‘hidden part.’ This is called ‘the last act of the Holy Spirit,’ the discovery of its constructive mystery in history.” 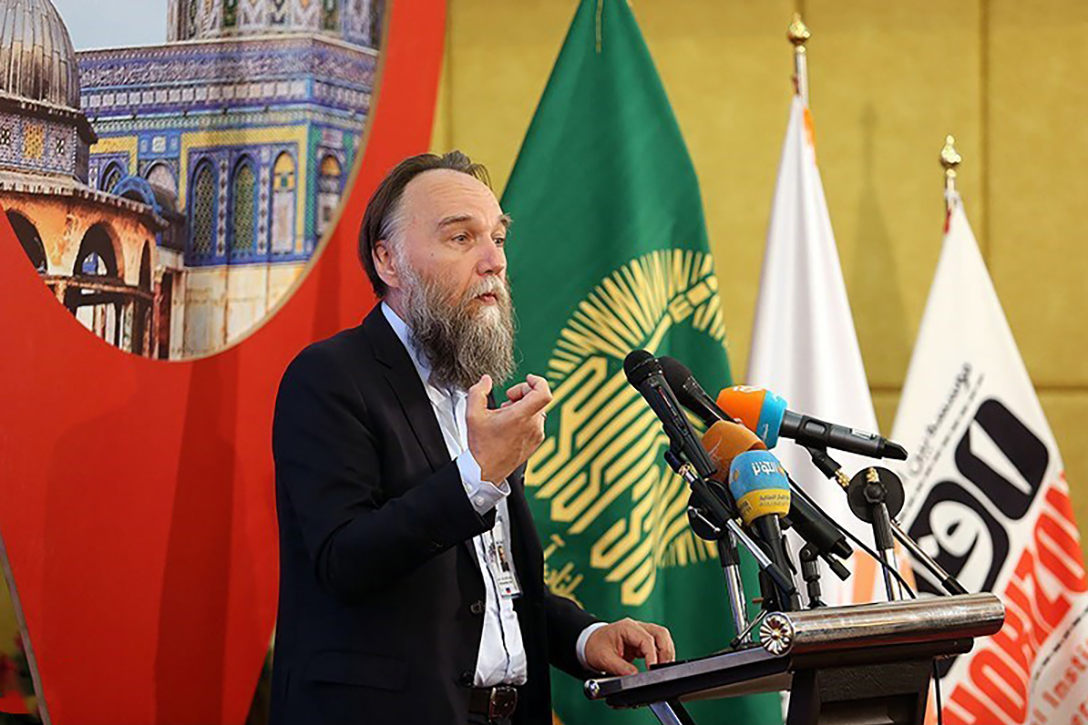 According to Michel Eltchaninoff in The Guardian, Gumilev propounded a bizarre ethnic doctrine, maintaining that “every people possesses a distinct life force: a ‘bio-cosmic’ inner energy or passionate substance that he calls passionarnost.” Last February, Putin said: “I believe in passionarnost. In nature as in society, there is development, climax and decline. Russia has not yet attained its highest point. We are on the way.” As Eltchaninoff reports, Putin believes “Russia carries the power and potential of a young people. ‘We possess an infinite genetic code,’ he has said.”

Summing up the core beliefs driving Putin toward expansionist war, Eltchaninoff writes: “Putin has developed, over decades, a vision of the world that is paranoid but coherent. According to this vision, Russia has for centuries been the victim of an attempt to contain and dismember it. These attempts must be resisted. The logic of this is based on a belief that Russia’s passionarnost must not be constrained. … For Putin — in stark contrast to the tired westerner, lost in the search for profit and material comfort, ‘the Russian man thinks first of all … in relation to a superior moral principle. And he is prepared to die for it. Putin often cites a well-known Russian saying: for Russians, ‘even death is beautiful.’ There may, therefore, be no limits to the quest to avenge perceived humiliation. The president’s worldview paves the way to extremism.”

The Ukraine situation is changing quickly. Whatever happens, it is important we understand what is lurking in the background. The silver lining in the dark cloud is that Putin’s aggression could be a massive wake-up call for many of us — not only about this situation but about Russia’s impressive efforts to sabotage democratic process in the US and elsewhere, as well as the new authoritarian tactics being effectively used and refined around the world, as Anne Applebaum chronicles here. Personally, I stand with Ukraine against Putin’s tyranny.

A version of this piece was originally published in “Daniel Pinchbeck’s Newsletter.”