Can Russia Make More Than Short-Term Gains in Afghanistan?

It’s not easy to shake hands with the people who declared a jihad on your country, helped turn it into the world’s largest heroin consumer, hosted your archenemies, and sicced a motley crew of Islamist militants on your allies.

But Moscow’s pragmatic approach to the Taliban’s stunning victories in Afghanistan bears testimony to its obsession with reclaiming its Soviet-era clout in the Middle East by any means necessary.

It can also be explained by an old adage — your enemy’s enemy is your friend. The first enemy is, of course, America, and the Kremlin looks at its failures in Afghanistan with a triumphant grin. The second incentive is the fact that hundreds of former Islamic State group fighters have relocated to northern Afghanistan and are at odds with the Taliban.

So, as long as the Taliban refrain from exporting their puritan ideology to the Post-Soviet states or expanding their contacts with international jihadists the way they did in the late 1990s, the Kremlin is fine with them.

The Taliban’s control of almost all of Afghanistan “is a reality, and we work with this reality, [to prevent] the dissolution of the Afghan state,” Russian President Vladimir Putin said on August 20, standing next to outgoing German Chancellor Angela Merkel.

Putin also voiced support for Afghanistan’s frightened northern neighbors, the secular autocrats of ex-Soviet Central Asia, who remember the Taliban-inspired incursions of Islamists in 1999 and are very reluctant to let Afghan refugees in — even temporarily.

“Terrorists of all stripes should not be allowed to enter Afghanistan’s neighbor states, including those [terrorists] disguised as refugees,” he added.

While the evacuation of Western diplomats and their Afghan allies looks increasingly like the 1975 flight from Saigon, the Russian embassy in Kabul is keeping its doors open. That is in part because a Taliban delegation that visited Moscow in July pledged to keep the “shuravis,” as Russians have been known in Afghanistan since the 1979-89 war, safe.

In return, Moscow is close to recognizing the Taliban as Afghanistan’s legitimate government, a former top diplomat with ties with the movement’s key figures told WhoWhatWhy.

“We have been in contact for a long time, and the contact showed that we can reach agreements on certain matters, and that’s our biggest advantage now,” said Andrei Fyodorov, Russia’s former deputy foreign minister. “So, from that viewpoint, the matter of officializing contacts with the Taliban is a matter of time.”

Moscow will also act as an intermediary between the diplomatic dialogue with Europe — but not with America, he said.

“Judging by what some Taliban told me the other day, they will have a direct dialogue with the Americans, and only from very harsh positions,” Fyodorov said.

Britain will work with Russia and China to exercise a “moderating influence” over the Taliban, British Foreign Secretary Dominic Raab said on August 21.

But Moscow is far from embracing the Taliban with open arms or removing them from Russia’s list of terrorists. It even threatened them with “difficulties” if they return to their late-1990s ways. 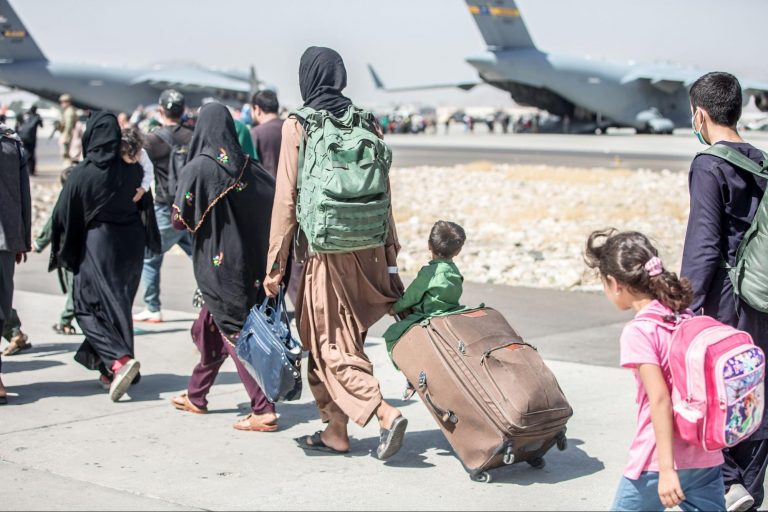 “The Taliban learned the lesson very well. If they haven’t learned it completely, they will face many difficulties in their relations not only with Russia, but with the entire world community,” Zamir Kabulov, Putin’s aide on Afghanistan, said on August 16.

America’s loss in Afghanistan is clearly Russia’s gain — and part of Moscow’s return to the Middle East as a major player propping up the autocrats in Tehran, Damascus, and war-torn Libya.

“Today, Russia’s words and deeds in Afghanistan have much more clout than a year or even half a year ago,” Pavel Luzin, a Russia-based analyst with the Jamestown Foundation, a think tank in Washington, DC, told WhoWhatWhy.

All of this is even more surprising given that Moscow’s early relationship with the Taliban could not possibly have been rockier.

In 1995, the Taliban, who already controlled more than a half of Afghanistan, forced a Russian cargo plane transporting 34 tons of bullets to land in their stronghold, Kandahar.

Russia’s efforts to get the crew of five released or trade them for helicopter spare parts failed. The Kremlin couldn’t have cared less about Afghanistan as President Boris Yeltsin was campaigning for reelection — and losing a war to Chechen separatists.

After 378 days of captivity, the crew hijacked their own plane during a Friday prayer. By the time they left, the Taliban had captured Kabul and tortured to death pro-Soviet ex-President Mohammad Najibullah.

They would soon recognize Chechnya’s independence, let Chechen separatists train in Afghanistan, and urge the global Muslim community to wage a “jihad” on Russia. The Taliban also boosted opium production that eventually turned Russia into the world’s largest consumer of heroin.

However, there were reports that some Russians profited from the drug trade. 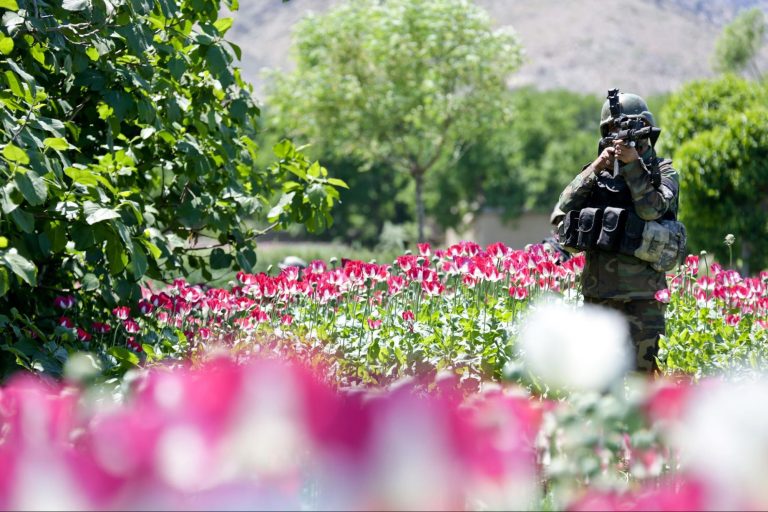 An Afghan National Army commando looks through his scope as he patrols through a poppy field during a clearing operation in Khogyani district, Nangarhar province, Afghanistan, May 9, 2013. Photo credit: DVIDSHUB / Flickr (CC BY 2.0)

According to leaked US diplomatic cables, Tajik President Emomali Rahmon said in 2005 that dozens of Russian generals who advised his government and served at a military base on the Afghan border purportedly enriched themselves by collecting tribute from heroin smugglers.

“Why do you think I got rid of the 50 Russian generals who used to be advisers in our Ministry of Defense?” Rahmon was quoted in a cable as saying. “They wanted to keep us weak so their buddies could play games and make fortunes dealing drugs.”

Observers question whether the U-turn towards the Taliban will yield the Russians any long-term benefits.

“Russia instantly increased its political capital. But the question is whether it can use this political capital in the mid- and long-term perspective, and whether this capital will help strengthen its positions not only in the Afghan affairs and Central Asia, but also in its relations with the nations of South Asia and the Middle East,” Luzin said.

Some human rights campaigners echo his opinion about the long-term gains.

“Russia has been quick to ridicule the US during its withdrawal and to make friends with the Taliban,” Ivar Dale, a senior policy adviser with the Norwegian Helsinki Committee, a rights watchdog, told WhoWhatWhy.

“However, the situation may not be optimal for them in the long run. No one knows yet what Afghanistan will look like next year, or the year after that,” he said.