Nikol Pashinyan waves to a crowd during the last rally of the Civil Contract Party ahead of the parliamentary elections in Yerevan, Armenia, on June 17, 2021. Photo credit: © Celestino Arce Lavin/ZUMA Wire
Elections International

After losing a war to Turkey-backed Azerbaijan last fall, Armenians are polarized over the most tantalizing political choice in their post-Soviet history.

At Sunday’s snap parliamentary elections, voters will choose between two front-runners: the party of acting Prime Minister Nikol Pashinyan, who resigned from his post in April after losing a huge chunk of the separatist enclave of Nagorno-Karabakh to Azerbaijan, and the hastily assembled coalition of pro-Russia former President Robert Kocharyan. Whoever forms a majority in parliament will then elect a prime minister.

Given that 25 political parties are on the ballot, polls predict no decisive victory. The impoverished Southern Caucasus nation of 3.5 million has found itself at a political crossroads.

Pashinyan, 44, is an ex-publicist and opposition leader who came to power after spearheading the 2018 “Velvet Revolution,” when up to 100,000 protesters took to the streets of Armenia’s capital, Yerevan. Their rallies toppled a powerful clan headed by seasoned separatists from Nagorno-Karabakh who migrated to Armenia’s halls of power and have been accused of corruption.

Pashinyan’s Civil Contract Party currently holds three-fourths of the seats in Armenia’s unicameral parliament. Pashinyan said that if elected, he would replace his “velvet,” nonviolent policies with anti-corruption “purges.”

During the campaign, he offered an almost biblical, Abraham-binds-Isaac gesture — to swap his 21-year-old son, Ashot Pashinyan, for hundreds of Armenian prisoners of war held in Azerbaijan.

Ashot, who fought in last year’s war, said he was ready for the swap, but Azerbaijan’s president, Ilham Aliyev, ignored the offer, insisting that all the prisoners had been freed.

At campaign rallies, Pashinyan also brandished a hammer that he would use to “come after” his foes — and promised to throw political “Trojan horses” out of power.

But his losses in the most recent Nagorno-Karabakh war cast a shadow on his campaign. Two of his rallies in the Syunik region didn’t even take place. On one occasion, protesters didn’t let Pashinyan’s entourage in; at the other, residents pelted them with eggs. After last fall’s loss of two-fifths of Nagorno-Karabakh, the region now borders Azerbaijan.

Kocharyan Runs on Control of Karabakh

Pashinyan’s main rival challenged him to a duel “with any kind of weapon.” True to form, he’s running on military security against Azerbaijan.

Robert Kocharyan, 66, headed Karabakh during the war against Azerbaijan in the 1990s, which ended in an Armenian victory. The war claimed 30,000 lives and displaced hundreds of thousands on both sides.

Kocharyan was later elected Armenia’s president twice between 1997 and 2008. After two terms, he installed his protégé Serzh Sargsyan, another Nagorno-Karabakh native, whose government was swept away by the Velvet Revolution. Under the Pashinyan administration, Kocharyan was charged for his connection to the violent breakup of protests following contested elections in 2008. He was acquitted in April 2021. 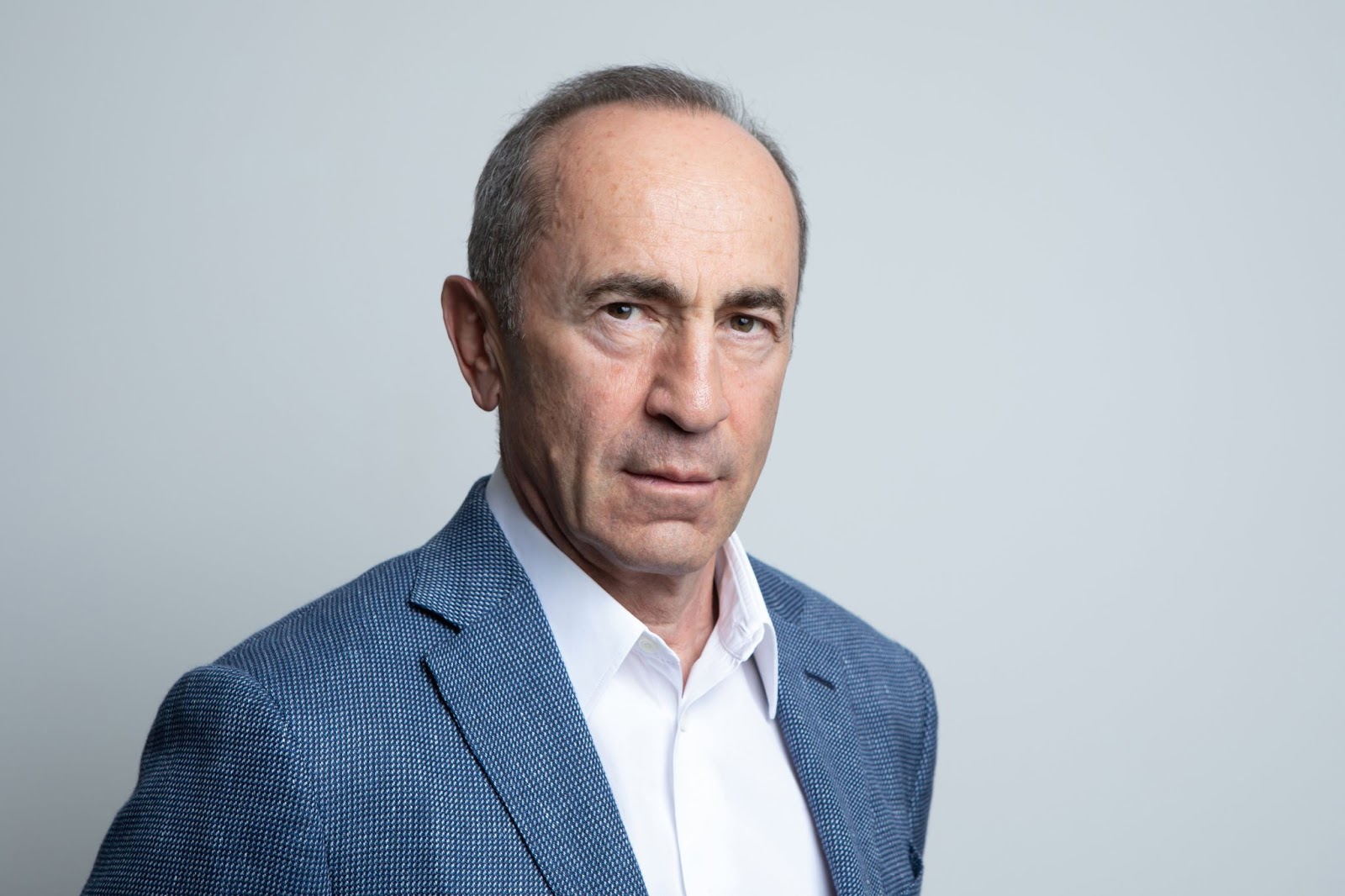 Kocharyan promises closer ties with Moscow and better “safety and security” for Armenia amid sporadic clashes with Azeri forces that still occur despite the presence of Russian peacekeepers.

Kocharyan hints at resuming the war with Azerbaijan over Nagorno-Karabakh’s lost parts, but analysts doubt he will follow through.

“He may be a nationalist, but he also has a pragmatic streak,” Kevork Oskanian, an honorary research fellow at the United Kingdom’s University of Birmingham, told WhoWhatWhy.

Some 23.8 percent of Armenians are ready to vote for Pashinyan’s party, and 24.1 percent would back Kocharyan’s “Armenian Alliance,” according to a survey conducted by Marketing Professional Group in early June.

The “I Have Honor” bloc headed by deposed President Serzh Sargsyan is supported by 7.4 percent of potential voters and may merge with Kocharyan’s coalition.

Only a party with at least 54 percent of the vote can form the ruling coalition, while at least three parties should be represented in parliament according to Armenia’s Constitution. A second round of votes seems inevitable.

“Now, Armenia faces an even harsher problem. Not one about the return of the lost areas [in Karabakh], but one about how not to lose areas in Armenia proper within the next five to ten years.” — Pavel Luzin

“Baku already doesn’t care who will be in power in Yerevan,” Baku-based analyst Emil Mustafayev told WhoWhatWhy. “But it would be simpler to deal with Pashinyan and [Armenia’s first President Levon] Ter-Petrosyan.”

Russia also seems indifferent to the race. Even though Kremlin-controlled media occasionally lambast Pashinyan, Putin doesn’t appear to prefer any of the candidates.

He doesn’t have to.

Three weeks after announcing the snap vote in a March 18 Facebook post, he rushed to Moscow to hold a four-hour meeting with Putin.

“I have very good, very warm, personal ties with the Russian president,” Pashinyan told his supporters in Yerevan on May 28. 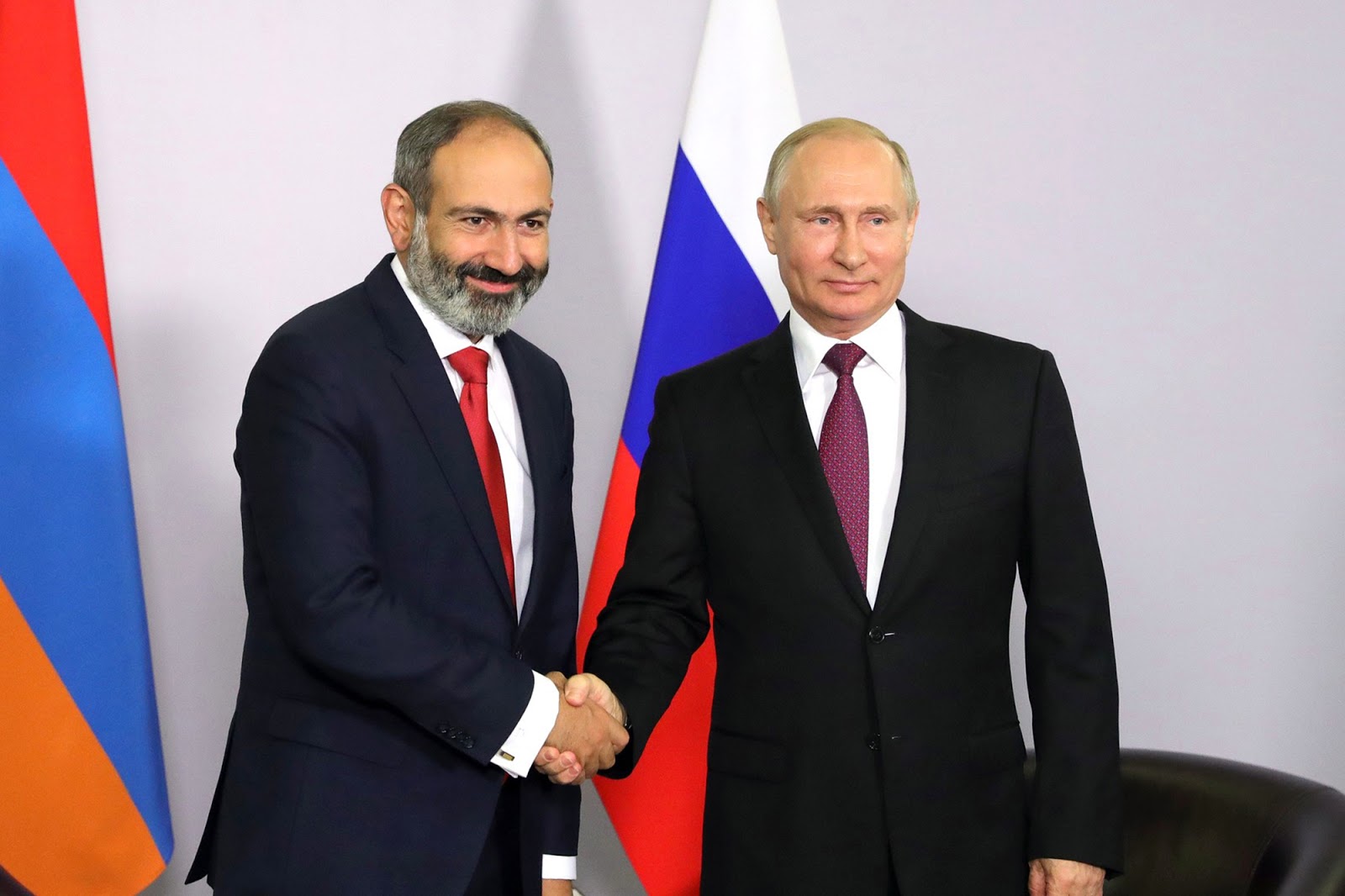 Many elderly Armenians still pin their hopes on Moscow.

Pashinyan “understood that we can’t survive without Russia,” Tigran Dadayan, a 54-year-old tour guide in Yerevan, told WhoWhatWhy. “Russia saved us from Turks and Iranians, and only Putin can keep Aliyev at bay,” he said, referencing when czarist Russia conquered the Southern Caucasus claimed by Shiite Iran and Ottoman Turkey and declared that it would defend “fellow Christian” Armenians and Georgians.

Like Dadayan, observers are concerned that Azerbaijan may resume hostilities with Armenia.

“Now, Armenia faces an even harsher problem,” Pavel Luzin, a Russia-based defense analyst for the Jamestown Foundation, a think tank in Washington, DC, told WhoWhatWhy. “Not one about the return of the lost areas [in Karabakh], but one about how not to lose areas in Armenia proper within the next five to 10 years.”