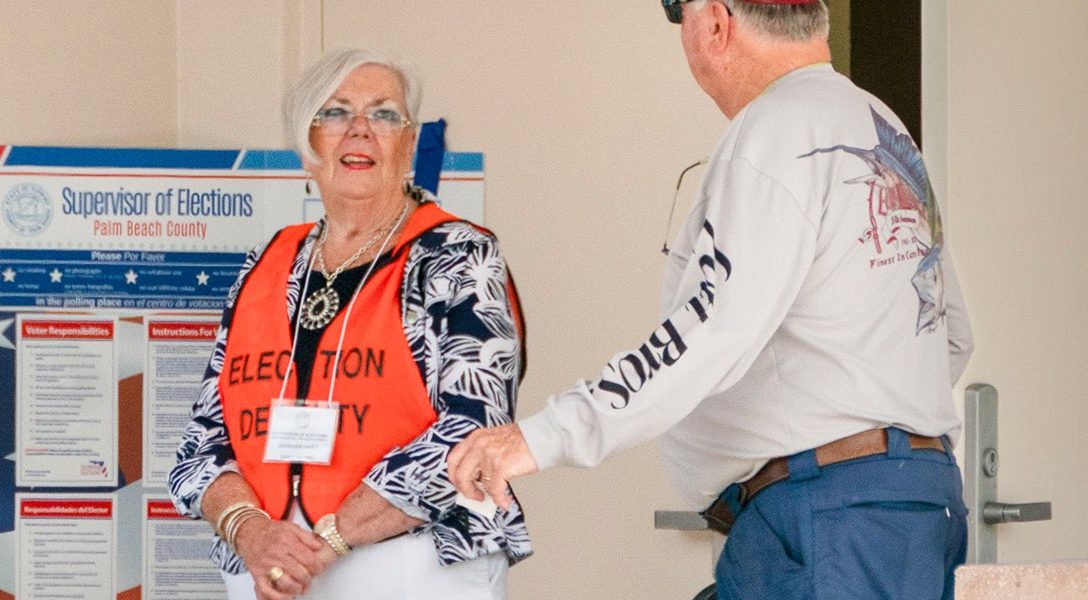 Voters in Florida, Arizona, and Illinois have a choice to make today that goes beyond their preference for Joe Biden or Bernie Sanders. With Americans being urged to stay at home or risk infecting themselves and others with the coronavirus, they also have to decide whether they want to put their health on the line to cast a ballot.

Sarah Watts Wisniewski lives and votes in Illinois. She said that her husband cast his vote this morning, but she may not head out to the polls. “I’m not sure it’s worth the risk, since so many older people go vote, and I don’t want to expose them to anything unintentionally,” she said.

Multiple states have postponed primaries, most notably Ohio, where state officials called off the election last night because of health concerns. Others include Georgia and Louisiana, whose primaries weren’t slated to take place until late March or early April. But officials in the three states that chose to move forward with their elections say they expect everything will run smoothly.

“We’re dealing with it in a thoughtful way, but we’re not going to panic,” said Florida Gov. Ron DeSantis. “The fact of the matter is these things can be done in ways where you’re not going to have large crowds, because it’s just one vote.”

Not everyone agrees. Hundreds of polling places across the three states are shuttered, as many poll workers did not show up, citing health concerns. Election volunteers are typically older Americans, one of the most susceptible populations right now. Many polling locations were set up in nursing homes and assisted living areas, but those have been shut down, at least in Florida, causing state Democrats to demand a list of closures.

As no such list exists, many counties are trying to keep their constituents informed the best way they can, either by making their own local lists, or having people on-site to help direct people to their new polling locations. Voters can also look up their precincts on their state election websites: Florida, Illinois, and Arizona.

Some citizens have self-quarantined, but will still show up to cast their ballots, like Katie Stitzer from Arizona. “We only have 18 confirmed cases statewide, and none in our county,” she said. “I’m not super excited about it since [Elizabeth] Warren is out, but I’m going to vote anyway, with my hand sanitizer.”

Many voters are taking their own precautions.

“I went in early, touched only the ballot and pens, and sanitized my hands immediately before and after,” said Melissa Wokasch, a voter in Gainesville, FL.

Caitlin Ah says turnout seemed high in her area of the Chicago suburbs. “It was terrifying, to be honest,” she said. “We all maintained distance, and I washed my hands, and I’ll put everything I’m wearing in the wash at the end of the day.”

Who Benefits When Voting Is Made Difficult?

Since the primaries weren’t canceled, many voters said they will do their best to show up, pandemic or no.

“It’s too important to not vote,” said Gary Dreslinski, a Florida voter in the Tampa Bay area, who cast his ballot today. “They limited the number of voting booths and only let small groups into the room at once, and all of the volunteers were wearing gloves, so at least where I voted, they were taking it seriously.”

Many parents also have to consider their children, and whether they want to bring them along. Amanda Fountain, in Tallahassee, says she’s been quarantining with her kids since schools shut down, but will cast her vote and have her kids stay in the car while she does.

“Voting is a priority for the same reasons it’s so dangerous to vote right now,” she said. “We need better governance. I’m afraid for myself and my children, but most of all for the vulnerable members of society.”