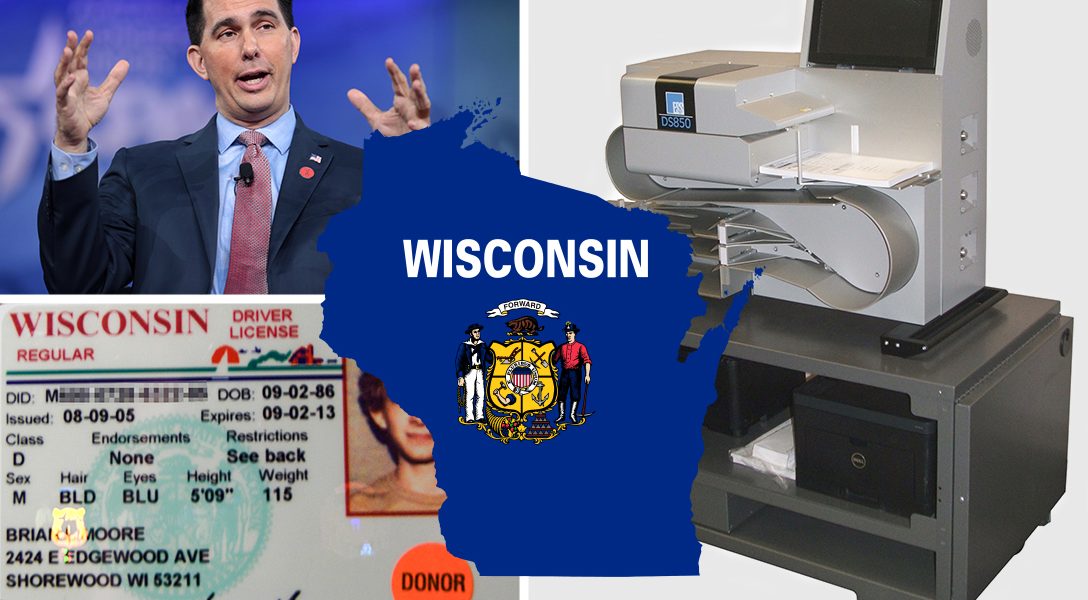 Some Wisconsin voters may be in for an unpleasant surprise when they head to the polls on Tuesday — thanks to a 2016 state law requiring that voters present certain forms of photo identification in order to vote.

While the law was pushed by Republican lawmakers to address the specter of voting fraud, the effect has been to place a disproportionate burden on students and on minority and lower-income voters, according to Jay Heck, director of Common Cause Wisconsin. This ID law, he said, has “definitely had a suppressive effect on voter turnout,” and is a big step backwards for the state.

Student IDs for most of Wisconsin’s colleges and universities are not valid at the polls. That includes 10 of the 13 University of Wisconsin campuses, Heck said. Though schools can, and do, issue special IDs that students can use at the polls, this introduces another step into the process of voting, and one of which many students may be unaware.

The state law also presents obstacles to minority voters, particularly in urban areas, where a higher percentage of people don’t drive and may not have driver’s licenses, according to Eileen Newcomer, voter education coordinator for the League of Women Voters of Wisconsin.

And while Wisconsin offers free state IDs, available at state Department of Motor Vehicles offices, acquiring them can be a problem, especially for someone who doesn’t drive.

To make matters worse, DMV offices in Wisconsin also operate on such comically low budgets and pared-down schedules that they were mocked in a 2016 episode of Last Week Tonight with John Oliver:

“If you don’t have a car or you don’t drive, it can be very difficult to get to the DMV,” Newcomer said. “So there are some inherent barriers to that.”

This sets up a situation in which a voter who lacks proper ID tries to vote and is either issued a provisional ballot, which is the correct procedure, or is turned away from the polls. The latter is not supposed to happen, but it has occurred in previous elections and likely will happen again, Newcomer said. The League of Women Voters is working in conjunction with other organizations to raise awareness of the issue and to help people obtain the necessary ID.

Voting-rights advocates say that these restrictions, combined with partisan gerrymandering as well as limited hours for early voting, are responsible for declining voter turnout rates — which dropped significantly in 2016, following participation rates that were the second-highest in the country in the 2008 and 2012 elections.

Critics of the new restrictions point in particular to declining rates in Milwaukee, which dropped in the same election that saw Donald Trump win the state by 23,000 votes. A similar effect is expected in this election, potentially helping Republican candidates in close races, including Gov. Scott Walker.

Some election watchers are also concerned about cybersecurity. Karen McKim, director of Wisconsin Election Integrity, is generally pleased with the security of the voter registration rolls, which are handled entirely by the state with state-developed software. But she has little confidence in the security of the election itself, especially in regards to vote tabulation and auditing.

McKim said the tabulation of votes in Wisconsin is handled by private vendors hired by each of Wisconsin’s 78 counties. One tabulation system, the DS200, counts the votes for 60 to 70 percent of Wisconsin voters, and counties pay several vendors (i.e., ES&S, Dominion, Command Central, and Clear Ballot) to provide voting machines. But when it comes to the technical work regarding cybersecurity, the companies are in charge and not the county election boards, which have nominal responsibility.

Although the state registration rolls could conceivably be hacked, Wisconsin has another mechanism that acts as a check on this: Same-day registration. This policy is the best check against registration tampering, McKim said, because any discrepancies that crop up at the polls can be immediately corrected at the polls: Any potentially de-registered voter can simply re-register and still vote.

But hacking of voting machines or tampering with tabulation or auditing is much harder to prevent. Especially worrisome to McKim is the involvement of the vendor ES&S (the successor company to Diebold) which in 2011, she points out, was caught using remote-access software on voting machines — even after the company had assured election officials that the machines would never be connected to the internet. At least half of Wisconsin voters still use ES&S machines, said McKim.

State policy regarding election auditing and recounts, McKim said, are also problematic, since the state empowers county election clerks to decide whether to conduct routine audits after elections by checking the paper receipts against the computer tabulation. County election clerks can choose to do this, but they are not required to do so, and often don’t, despite the fact that automatically conducting these audits, McKim said, is the only sure way to guard against hacking in Wisconsin.

Voting-rights advocates are also concerned about the security of any recounts or audits that are triggered as a result of close elections. The reason is the 2016 disbanding of the state’s nonpartisan Government Accountability Board, which was created in 2007 to serve as an independent watchdog for ethics complaints and election problems.

Since the disbanding of that board by Gov. Scott Walker and a Republican-controlled legislature, state election problems are now handled by an election board made up of six political appointees — three Republicans and three Democrats. Since four votes are required to pass any motion, a deadlocked vote essentially kills any complaints brought before the board.

This situation, Heck said, hardly inspires confidence in the event of a contested election.