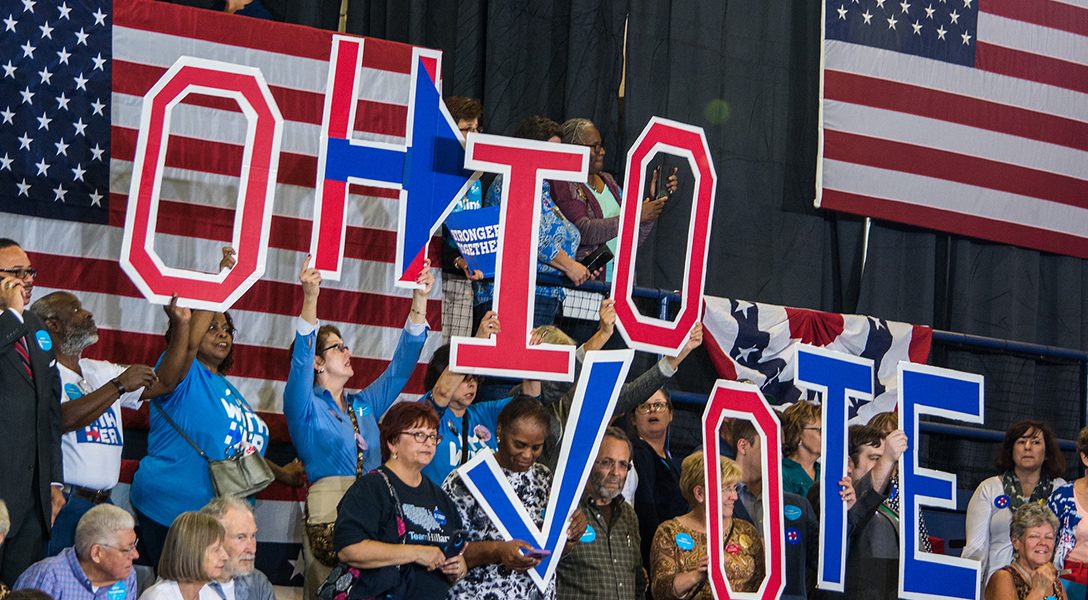 Editor’s Note: Following the publication of this article, the Supreme Court ruled 5-4 to uphold the voter removal process described below. The decision deals a blow to election integrity not just in Ohio but throughout the country.

For a variety of reasons, the voter removal system championed by Ohio’s Secretary of State Jon Husted disproportionately affects minorities. Now that it is allowed to stand, other states may swiftly follow suit to also purge eligible voters from their rolls under the guise of fighting voter fraud.

The Supreme Court could rule as early as today on whether states can purge citizens from voter rolls who have failed to provide confirmation of address after not showing up to vote.

Voting rights advocates worry that, if the challenge to this controversial practice fails, states across the country could use similar methods to suppress votes and tailor the electorate for political benefits.

At the heart of the case — Husted v. A. Philip Randolph Institute — is the strategy Ohio Secretary of State Jon Husted has used to remove more than 2 million voters from the Buckeye State’s rolls since 2011.

Under the state’s contentious “supplemental process,” if registered voters don’t cast a ballot for two years, the secretary of state’s office mails them a prepaid notice, seeking to confirm that the individual still lives at the same address. If voters don’t return the mailing or don’t cast a ballot over the subsequent four years, they are removed from the state’s rolls and prohibited from voting unless they re-register.

Opponents of Ohio’s process — which initiates voter purges more quickly than any other state — say that it violates the 1993 National Voter Registration Act (NRVA), which specifically bans states from purging voters for failing to vote. Husted and supporters have countered that the process removes voters for failing to verify their addresses by returning the confirmation notice — not for voter inactivity.

The secretary of state claims Ohio’s method of updating voter lists is a means to ensure election integrity: by weeding out voters who have moved out of state or into new voting districts. Existing evidence, however, suggests that Ohio’s practices infringe on civil liberties. Like voter identification laws passed under the guise of increasing election integrity, the policy particularly affects voters of color seeking to cast ballots.

“In our view, it’s bad policy even if the court decides that it’s not illegal. We think that states shouldn’t use non-voting to purge voters because of the impact that it has on legitimate voters, and we’ve seen that in Ohio,” said Stuart Naifeh, the senior counsel at Demos, which co-filed the legal complaint that formed the basis for the case now before the Supreme Court.

While acknowledging the relative infrequency of voter fraud, Husted told reporters after the 2012 election that “no amount of fraud is acceptable. And if you cheat, you will be caught and you will be held accountable.”

Of the 5.6 million ballots cast during the 2016 presidential election, election officials only referred 52 cases to prosecutors. However, it is unclear how many of these cases, if any, have actually been prosecuted because many of the dismissed incidents involved voters who were merely confused. Concerns of fraud in the 2012 election were similarly limited. Election staff flagged 625 incidents for review, and 135 people were eventually sent to local and state prosecutors.

Husted’s office did not comment when contacted to explain the decline in cases sent to prosecutors between federal elections. The effect of the purges, however, is likely much larger and has nothing to do with combating fraud. Less than two months before the 2016 presidential election, the Cincinnati-based 6th US Circuit Court of Appeals ruled that Ohio must count the votes of 7,500 individuals who had been removed from state voter rolls. According to Naifeh, the 7,500 figure likely only represented a fraction of the voters who were prohibited from casting a ballot.

“I think it’s really important here to bear in mind the overall purpose of the National Voter Registration Act,” said Allegra Chapman, Director of Voting and Elections at Common Cause, a government watchdog group. “And the purpose of the Act is to ensure that eligible Americans get registered, that they stay registered, and that ultimately because they’re then in the process due to that registration, they’re turning out and they’re turning out regularly.”

A Reuters analysis published in 2016 revealed that Ohio’s voter purge, which has been used since 1994, affects African American and Democratic communities most.

“This supplemental process of purging people, I believe, is a form of voter suppression,” said Andre Washington, the Midwest Regional Representative of the A. Philip Randolph Institute, which is the plaintiff in the lawsuit.

Federal election data show that minorities are less likely to vote in midterm elections, meaning they may be more susceptible to purges due to voting less. Washington said Ohio’s supplemental process is perceived through the broader prism of how authorities treat minorities, compounding the likelihood that African Americans will be removed from polls.

“You really have to think like these people,” he said. “It’s just like when the police come and knock on the door in the inner city; people don’t want to open up the door. People just have a fear of what I call ‘the man.’ They’ve been beat down for so many years, it’s just embedded in their DNA that if something’s coming from the government, if it’s not a check, then it’s something bad.”

Husted argues that if voting were truly important to Ohioans who are purged via the supplemental process, they could have cast a ballot. However, there are many reasons for people not to vote, including overseas military deployment, illness, or prohibitively long lines that prevent busy people from casting a ballot. Removing voters for inactivity is expressly prohibited by section 8 of the NVRA, which was passed to improve citizens’ ability to register and cast votes. In addition, Husted has pursued other policy changes that make voting more difficult for voters with nonstandard work weeks. In 2014, he eliminated early voting on evenings and Sundays — times commonly used by African Americans to cast ballots.

There is, of course, another reason not to show up: a lack of candidates.

“I think everybody should vote in every election,” Washington said. “But it’s their right to say ‘hey, there’s nothing on the ballot that’s motivating me or moves me, so I choose to sit down and not vote.’ Don’t use the law to suppress my community’s votes.”

Threats and Remedies to Unnecessary Purges

Focused on preserving the rights of each citizen to cast a ballot, civil rights advocates worry that a favorable Supreme Court ruling for Husted would encourage other states to implement similar practices — with the explicit intention of targeting specific voters.

“I don’t want to say what Husted’s motivations are. I don’t know,” Chapman said. “If the Supreme Court gave this carte blanche, you have to wonder [which] secretaries of state across the country, maybe with partisan aims, pick this up,” Chapman said. “I hope that states, even if Husted gets the green light to continue engaging in this practice, wouldn’t follow suit.”

Increased use of electronic databases diminishes the need for methods like the supplemental process — allowing states to know if residents have moved or re-registered to vote — voting rights activists said. Two main interstate systems are already in use.

Interstate databases, though, are not an infallible solution and could also be employed to suppress voters if imprecisely designed. The Interstate Crosscheck System, promoted under the guise of helping identify voters with registration in multiple states and limiting voter fraud, revealed potential complications of using national databases to clean voter rolls. Eight states left the system after reports noted it was marred by widespread inaccuracy.

Legal organizations supporting Husted’s policy described it as a proactive method of verifying state rolls and have framed the lawsuit as a procedural dispute.

“The lawsuit is not focused on these broader concerns” of whether the supplemental process disproportionately affects specific demographics, said Kenneth Klukowski, the general counsel at the American Civil Rights Union, an organization that filed an amicus curiae brief supporting Husted’s policy. The case strictly considers whether purging voters for failing to respond to the confirmation notice is tantamount to removing voters for inactivity.

Voting rights activists are more concerned with how Ohio’s policy, and similar ones in other states — like Georgia — affect eligible voters. For them, the statutory contention is a means of challenging a policy that harms citizens.

While acknowledging the value in updating voter lists, Naifeh disagreed that Ohio’s policy sought to promote fair elections. “Maintaining the integrity of the voter rolls is not accomplished if you’re removing eligible voters,” he said.