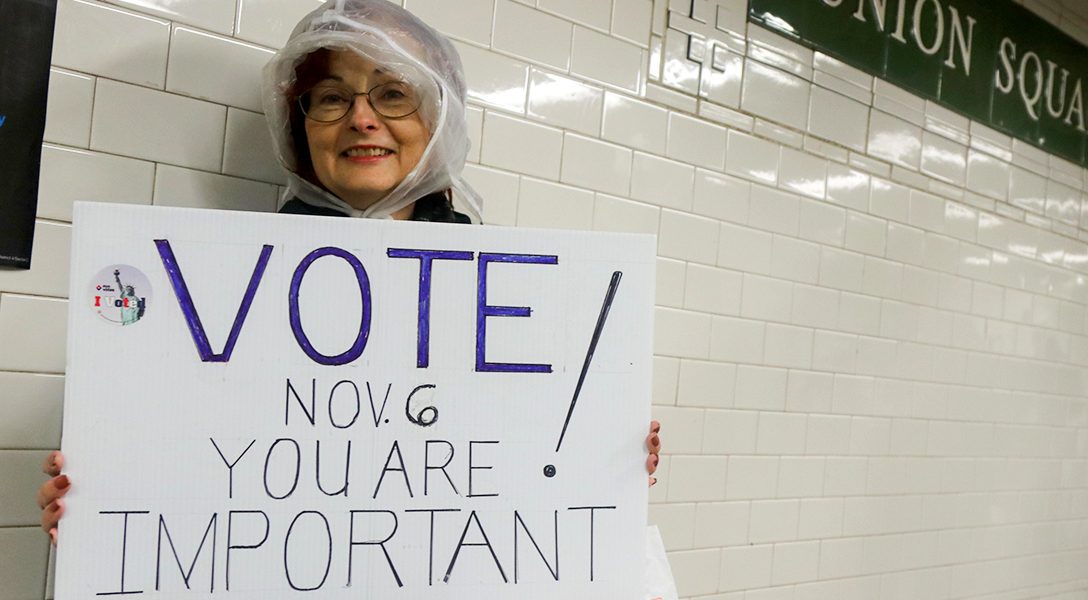 Will ‘None of the Above’ Win the Presidential Election (Again)?

Will President Donald Trump be reelected — by people who do not vote?

American presidential candidates who get elected do not necessarily represent the will of the people — because they don’t generally get the support of the majority of eligible voters.

“If not voting was a presidential candidate, they won by a landslide,” John Brakey, election transparency activist and founder of AUDIT-USA in Arizona, told WhoWhatWhy.

A LendEDU poll last year showed that 35 percent of Americans would be willing to give up their right to ever vote again as long as they live, if guaranteed an immediate 10 percent annual raise in their salary.

Those figures seem to validate the apathy identified in the LendEDU poll. They show that a plurality of Americans continue to dictate elections not by who they are voting for — but rather by their choice to not vote at all.

“[There are] probably a lot of people who voted in that poll who … don’t believe elections are real,” Brakey said. “So they’ll take the money.” The poll also showed that nine percent would give up their child’s, or future child’s, right to ever vote — just for a pay raise.

That figure seems to indicate that a sizable number of Americans simply do not believe in democracy.

“I can understand maybe how that first group felt, but now they’re compromising their children,” Brakey said. “That’s troubling to me because I could never do that.”

The election integrity activist expressed concern over a low participation rate in 2020, noting that turnout could fall below 50 percent if Americans are disenchanted by their choices.

The US lags far behind most other democracies when it comes to turnout. There are lots of reasons why. Structural problems include that Election Day is not a federal holiday and voters are not registered automatically when they turn 18.

In addition, voter suppression is playing a major role in reducing the turnout of minorities — especially in states with a history of discrimination.

Then there is the two-party system which deprives voters of a variety of candidates to choose from. And because of the Electoral College, not every vote counts the same and the outcome of presidential balloting in many states is never in doubt.

However, there were some encouraging trends in the 2018 midterms. Turnout among most demographics was up, especially among young voters who are traditionally not showing up for elections.

The Census Bureau reported that voter turnout among voters between the ages of 18 and 29 went from 20 percent in 2014 to 36 percent in 2018. This was the largest percentage point increase for any age group.

Based on those numbers, there is hope voters will pick up where they left off in 2018. Still, based on recent precedent, it is more than likely that not showing up will, once again, be the most popular option when Americans head to the polls next year.