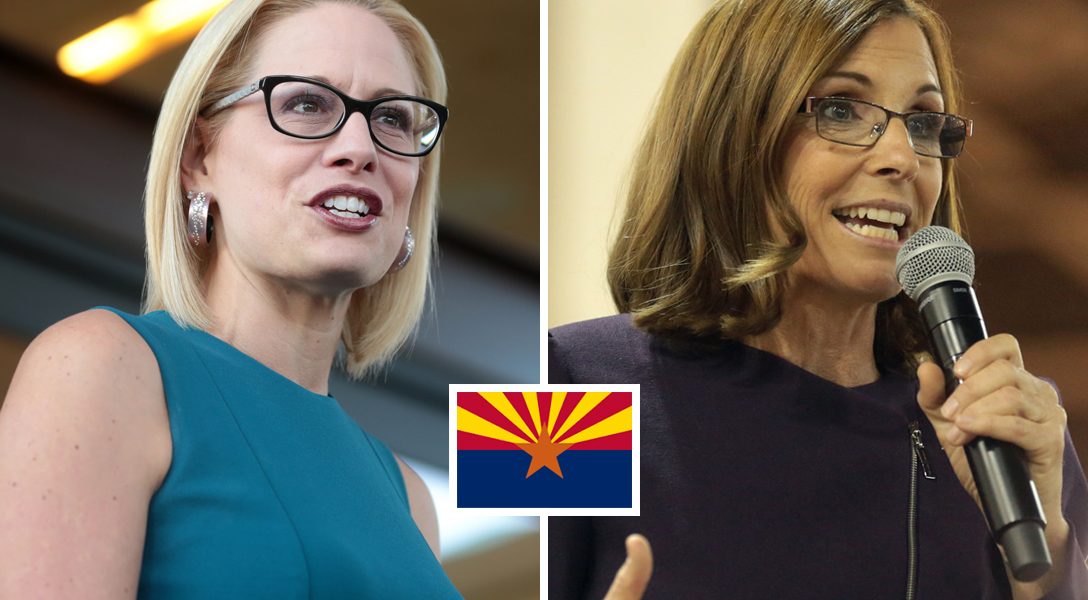 Will Arizona Senate Race Be Decided By Who Does Not Get to Vote?

In Arizona, the retirement of Republican Sen. Jeff Flake put a rare open seat on the 2018 Senate map. If control of the Senate were to change hands on Election Day, the road would run in part through the Copper State.

Yet it is likely that some voters will not get to weigh in on who wins this crucial seat. According to a recent Northern Illinois University study, Arizona is the 15th most difficult state to vote in.

Here’s a look at what’s going on in the Copper State:

A Change of Address

An estimated 384,000 Arizona voters could be harmed by the state’s failure to update voter registrations in compliance with the National Voter Registration Act. This year, the ACLU of Arizona sued Republican Secretary of the State Michele Reagan after the Department of Transportation did not update voters’ registrations when they changed addresses.

To make matters worse, voters who move can end up being purged from the rolls. According to an Arizona Republic analysis, Maricopa County residents have been purged 1.1 million times since the 2008 election — and it’s disproportionately affecting low-income and minority communities. Low-income voters are more likely to be homeless or change addresses, and the voter purges could leave Arizonans blindsided Tuesday when they find out they’re unable to cast a ballot.

A Ban on Ballot Harvesting

In 2016, Arizona’s Republican-controlled state legislature banned the practice of delivering mail-in ballots for other people, also known as ballot harvesting. For certain segments of Arizonans, the ban makes voting more difficult. Activist groups, such as the Arizona Center of Empowerment, used to collect mail-in ballots from Latino voters to encourage minority participation, High Country News reported. Now, such activism is a felony.

“When the ballot harvesting bill happened, it was really devastating for our organizers,” said Alejandra Gomez, co-executive director of ACE told HCN. “It sent a message that people who are out there doing what they can to get the vote out … are criminals.” The ban also affects elderly people, who may have difficulty mailing in their ballots, and Native Americans living on reservations, where access to mail is limited. The ban has even been called the “You can’t help your elderly neighbor cast her ballot” law by Alex Gulotta, Arizona director of the voting-rights organization All Voting is Local.

Early this month, a three-judge panel upheld the law, rejecting a legal challenge from Democratic activist Rivko Knox. That ruling was the second such appellate court decision to keep the law in place.

In Arizona, voters had better bring an ID to the polls. Voters don’t necessarily need a photo ID, but if they don’t have one, they need to bring two forms of non-photo ID that show both name and address.

Some Arizonans have received voting reminder postcards with one key problem: the Election Day date is wrong. Adrian Fontes, the Maricopa County Recorder, tweeted an example of a fraudulent postcard and urged voters to rely only on official sources for election information. (Fontes referred our question, about how many erroneous postcards were mailed, to a county public information officer who did not respond.)

Dozens of polling places in Maricopa County, which includes Phoenix and the surrounding area, didn’t open in time for Arizona’s primary elections in August, the Arizona Republic reported. Voters were unable to check in at the polls due to technology issues, a problem Maricopa County Recorder Adrian Fontes said falls on a contractor hired by the county.

However, an audit of the election conducted in September found that much of the problem stemmed from poor planning by the county. Compounding the problem, many polling places were understaffed, and poll workers were confused about what to tell voters. Fontes told the Republic that voters should have been told to go to so-called voting centers, where anyone can vote regardless of their precinct. What often happened, instead, was that voters were told to wait around, or were turned away. Thousands of voters were affected, according to a Republic investigation.

Fontes insists things will be different this time. For one, the county will no longer rely on an outside contractor to set up its voter check-in technology. This should allow the county to better monitor the process, Fontes said. One concern, though, is that many poll workers are retirement age and may not be well-versed in the technology. More staffers have been hired as well, Fontes told the Republic on Thursday — 3,951 so far, just shy of the county’s goal of 4,000.

Voters will also decide on ballot measures that will affect energy consumption, education policy, and taxation for years to come.

Proposition 127 would amend the state constitution to require electric utilities in Arizona to gradually increase the percentage of electricity brought in from renewable sources, from 12 percent in 2020 to 50 percent in 2030.

On the education front, Arizonans can either uphold or repeal Senate Bill 1431, which would gradually expand the state’s Empowerment Scholarship Accounts program, which allows students with disabilities to opt out of the public school system and receive scholarship money that could be spent on homeschooling or private school.

Proposition 126 would prevent any new taxes on services not already on the books. Services, unlike goods, could include anything from haircuts to health care. Presently, Arizona does not tax services.