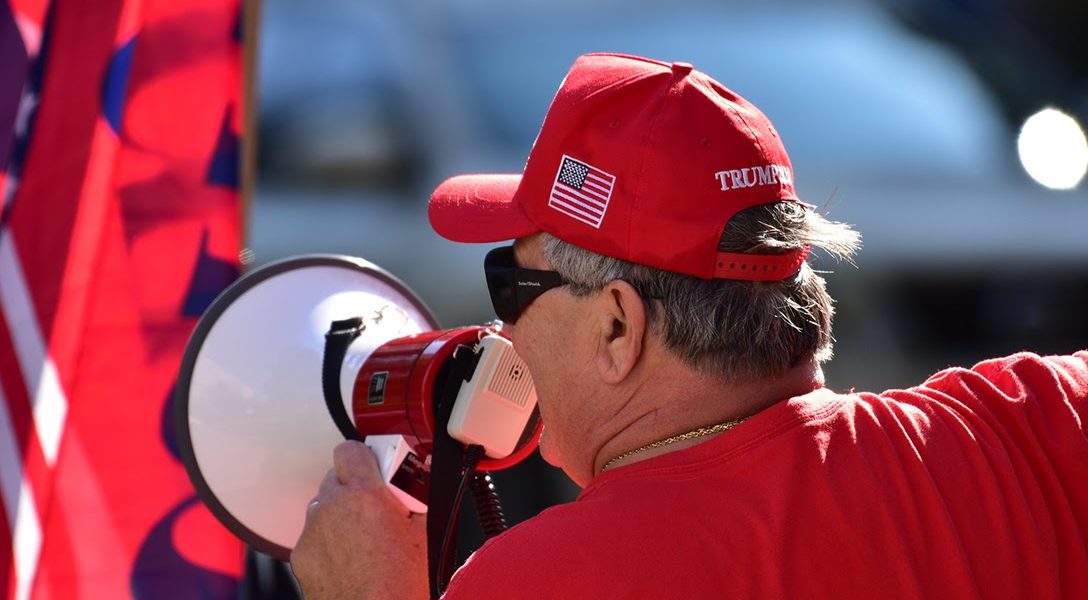 Why Can’t Trump and His Supporters Concede? Grief.

President Trump is in denial, and as a result so are his supporters. Much like a family that can’t accept the loss of a loved one, they can’t come to grips with Trump’s loss to Joe Biden and are unable to mourn and move on.

“Right now, Trump supporters cannot agree on why or how loss happened, and it is likely that this confusing and painful incongruence will continue as Trump desperately seeks to maintain his position,” said grief counselor Robin McCoy. “His refusal to concede denies the party the shared mourning so critical to post-loss health and wellness.”

McCoy, who is a bereavement specialist in California researching maladaptive grief, says that denial of the facts surrounding any type of loss can range from distortion to delusions.

“Trump’s loss evokes feelings of injured pride and deep moral wounding, invalidated by the larger social narrative as inconsistent with the realities of the loss,” she said. “This cultivates feelings of disenfranchisement, isolation, and persecution, causing further withdrawal and prompting Trump voters to seek social narratives, which reinforce those perceptions.”

She says it also explains the exodus from Fox News to outlets farther to the right.

“This incongruence between narratives causes intrapsychic and interpersonal fallout, further eroding the relationships between Republicans through infighting and realpolitik,” McCoy told WhoWhatWhy. “We are already seeing this divide forming not only in the political arena, but in the rejection of Fox News in favor of right-wing media.” For instance, if viewers look closely, they can see the truth in Fox News headlines. From “Dems and Media Ignore Growing Fraud Allegations” to “Trump Tries to Overturn Election Results,” even Fox News’ headlines state the truth. Democrats, much of the media, and even many Republicans are ignoring growing fraud allegations. The problem is that while allegations are indeed growing, evidence of fraud is not growing. The fraud is the same as it was, which experts say is near zero. In fact, this was the most secure election in recent history, according to a broad coalition of top industry and government officials. But this doesn’t jibe with the president’s current narrative, and so it continues to be rejected, McCoy said.

“The need for that social validation often overcomes the need for objectivity, lowering the trajectory of post-loss growth and creating further dissonance within the Republican party.”

Of course, it doesn’t end with right-wing TV or social media. The president fired Christopher Krebs, the director of the Cybersecurity and Infrastructure Security Agency, after he affirmed there was no credible evidence of computer fraud in the 2020 election outcome. The signal was that there is no room for dissent, even if that dissent is truth.

The president’s bullying tactics have ranged from lawsuits to recounts. But with Pennsylvania, Georgia, and Michigan certifying their votes, the president’s path forward narrowed.

When he couldn’t change reality, he and his sycophants turned to cajoling state legislators to pick electors to buck the popular vote and choose Trump instead.

But it’s the longest of long shots. States have until December 8 to resolve election disputes and choose the electors who will select the next president. The electors will convene on December 14 to formally select him.

“Many Trump supporters may feel that there is no real resolution due to the drastic differences in right-wing media narratives and the nonpartisan factuality of Trump’s loss.”

As much as some would like to buck the system, change the rules, and push their way through, the country seems to be stabilizing in its resolute checks and balances. It seems, thus far, to be resistant to tampering with one of its most important cornerstones: election integrity.

In Michigan, despite an intense meeting with Trump and his lawyers, lawmakers said they would not interfere with the election certification process and that they received no information that would change the outcome of the election.

Mike Shirkey, the leader of the state Senate, and Lee Chatfield, the speaker of the state House, put out a statement defending the sanctity of our system.

“Michigan’s certification process should be a deliberate process, free from threats and intimidation,” they wrote. “Allegations of fraudulent behavior should be taken seriously, thoroughly investigated, and if proven, prosecuted to the full extent of the law. And the candidates who win the most votes win elections and Michigan’s electoral votes. These are simple truths that should provide confidence in our elections.”

Republicans in many states are starting to break ranks with the president and acknowledging the president-elect. They are urging a prompt and peaceful transfer of power. For the first time in four years, Trump is finding himself alone with his lawyers. For the first time in four years, the legislatures are standing up for the country’s norms and regulations in the face of drama and abject power.

“Having failed to make even a plausible case of widespread fraud or conspiracy before any court of law, the President has now resorted to overt pressure on state and local officials to subvert the will of the people and overturn the election. It is difficult to imagine a worse, more undemocratic action by a sitting American President,” Romney said.

Seeing this shift, Trump’s lawyers are looking to take the power of appointing electors away from the governors and secretaries of state and to give it, instead, to Republican lawmakers who support Trump, saying the US Constitution gives legislatures the ultimate authority.

This has been repeated by conservative talk radio hosts, and even the president’s family, in the form of retweets to millions of followers on social media.

Supporters, meanwhile, are holding marches and rallies around the country. They don’t want to admit defeat. And, in this splintered day and age, it’s understandable, McCoy says.

“Many Trump supporters may feel that there is no real resolution due to the drastic differences in right-wing media narratives and the nonpartisan factuality of Trump’s loss,” she said. “Because perceived social support is foundational to healthy and adaptive mourning, their loss continues to be disenfranchised within the Republican party through this continued narrative of denial.”

The country has seen recounts before. It’s seen lawsuits before, and even faithless electors, all just four years ago.

The difference is that Hilary Clinton conceded. Her supporters may have had trouble accepting it, and third-party candidates may have fought for recounts and filed lawsuits, but Clinton herself stepped away graciously for the good of the country.

It looks like this year, the country will protect its structural integrity all on its own. But how will the Republican Party fare?