Every election year, a handful of statewide ballot initiatives carry high stakes for the environment. In 2020, there were four major ones, including Colorado’s Proposition 114 requiring a plan for the reintroduction of gray wolves. There were even more in 2018, including battles in Nevada and Arizona over how much renewable energy to require from utilities, while Florida debated an offshore-drilling ban.

This year the biggest story about environmental ballot initiatives is that there are only two.

Cost could be one reason.

“Typically initiatives are brought to the people because a policy can’t make it through the legislature,” says Nick Abraham, state communications director of the League of Conservation Voters. “But it’s extremely expensive and difficult to run a ballot initiative campaign, to not only get the signatures necessary but also to win at the ballot.”

Recent state wins on environmental issues and more action in Congress may have played a role, too.

“There’s much more work to do, to be sure, but I think often initiatives come out of frustration with the process,” says Abraham. “As more progress is made with lawmakers, people need initiatives less and less.”

This year just New York and California voters will take up environmental issues with ballot initiatives — but both could pack a big punch.

Transformational Funding for the Empire State

In New York, legislators hope their ballot initiative will put a lot of money on the line.

The Clean Water, Clean Air, and Green Jobs Environmental Bond Act of 2022 would allow the state to sell bonds to fund $4.2 billion for environmental improvements that, according to the proposal, would “preserve, enhance, and restore New York’s natural resources and reduce the impact of climate change.”

That includes $1.5 billion for climate change mitigation, $1.1 billion for restoration and flood risk reduction, $650 million for open space conservation and recreation, and $650 million for water quality in resiliency infrastructure. More than one-third would also be earmarked to support disadvantaged communities.

In New York, ballot initiatives need to be advanced by the state legislature before they can go to voters. This effort initially began with then-Gov. Andrew Cuomo (D) in 2020 as a $3 billion bond, which was supported by the legislature. But it was withdrawn from the ballot that year because of economic concerns during the pandemic.

In April 2021 the legislature again passed the measure, but incoming Gov. Kathy Hochul (D) asked legislators to add an additional $1 billion. In April 2022 the legislature cleared the way for $4.2 billion in the budget for the bond, which will now go before voters. 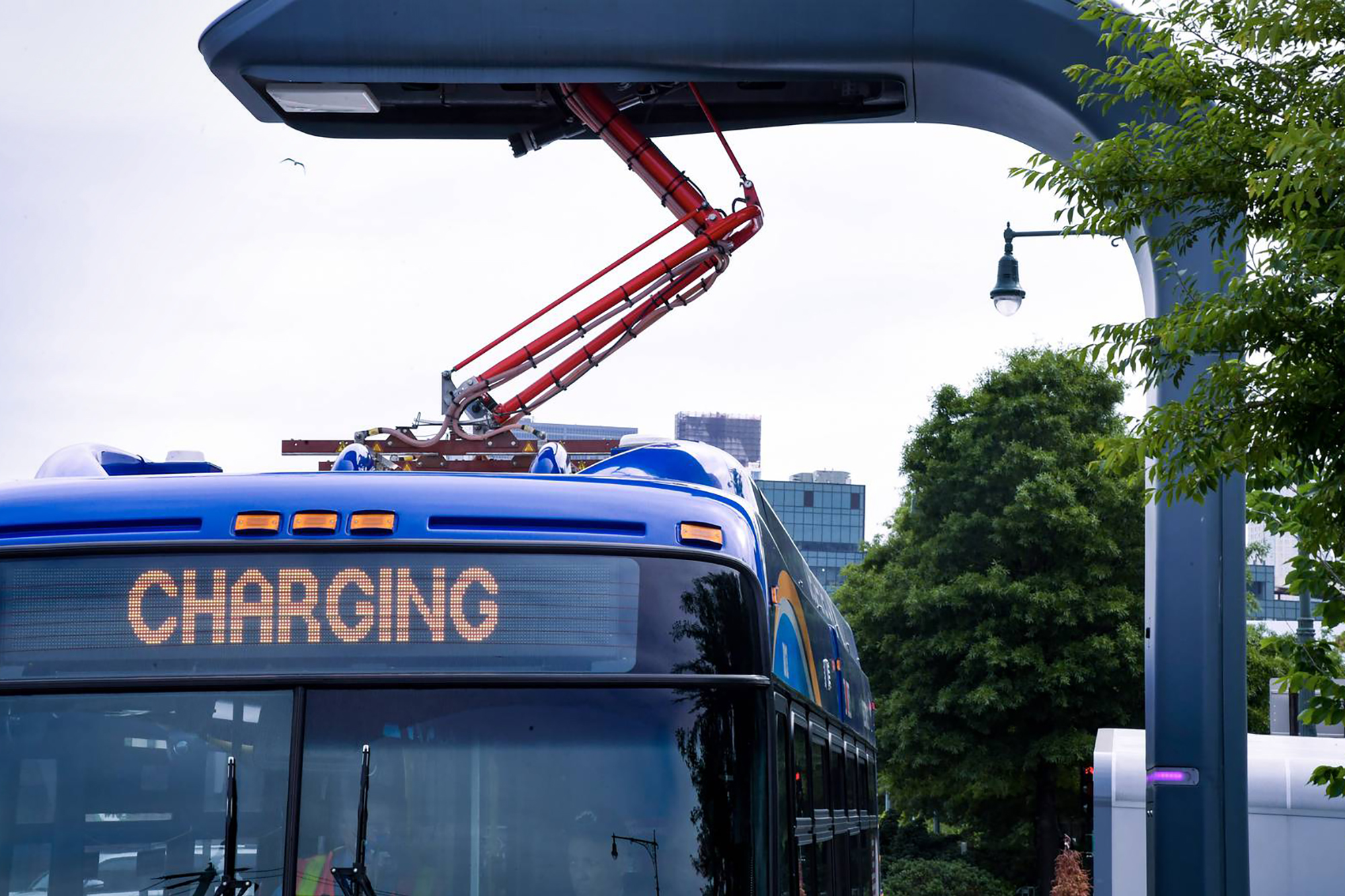 “It’s been a generation since we’ve done an environmental bond act,” says Julie Tighe, president of New York League of Conservation Voters, which has been advocating for the effort. If passed, it would represent “the largest investment the state of New York has ever made in the environment in a single tranche.” It would help fund electric school buses, the removal of lead pipes from communities, and addressing water contaminants, like PFAS and 1,4 dioxane, which can cause cancer risks.

The initiative is estimated to generate 100,000 jobs and an additional $4 billion in economic activity as both federal and local revenue will be leveraged for projects, too, she says.

“We’re really excited about helping to jumpstart this transition to protect our communities and make sure our infrastructure is in good shape,” Tighe adds.

On the other side of the country, California voters will decide the fate of Proposition 30, the Tax on Income Above $2 Million for Zero-Emissions Vehicles and Wildfire Prevention Initiative, on the ballot following a push by a coalition of businesses and environmental groups.

That initiative, which unlike New York’s doesn’t need prior legislative support, would apply increased tax revenues from high-income earners toward funding zero-emissions vehicles, charging stations and related infrastructure, as well as training and hiring wildlife firefighters.

It’s needed to help combat climate change and its direct effects, says Oscar Garcia, the ballot initiative coordinator of California Environmental Voters, one of the groups supporting the proposition. It’s also needed, he says, to equitably meet the state’s new directive to ban the sale of new gas-powered cars and light trucks by 2035. That’s because half of the funds designated for vehicle and infrastructure investments in the ballot initiative will aid disadvantaged communities.

The initiative has been heavily financed by the rideshare company Lyft, which has tossed in $25 million in hopes of its passage.

In a break with his party, Gov. Gavin Newsom (D) has come out against Prop 30, saying that rideshare companies like Lyft are using public tax money to help meet their own state mandate to have 90 percent of their miles driven in electric cars by 2030. He called it “one company’s cynical scheme to grab a huge taxpayer-funded subsidy.”

Rideshare companies don’t own passenger fleets themselves and won’t directly benefit from the proposition, says Garcia.

“We need a dedicated revenue source like Prop 30 to make headway in an equitable and fair way,” he says. “And this initiative goes toward combating catastrophic wildfires, bringing charging infrastructure into low-income communities, and to people who need vehicle rebates and subsidies to afford the transition to zero-emissions vehicles.”

This story by Tara Lohan was originally published by The Revelator and is part of Covering Climate Now, a global journalism collaboration strengthening coverage of the climate story.