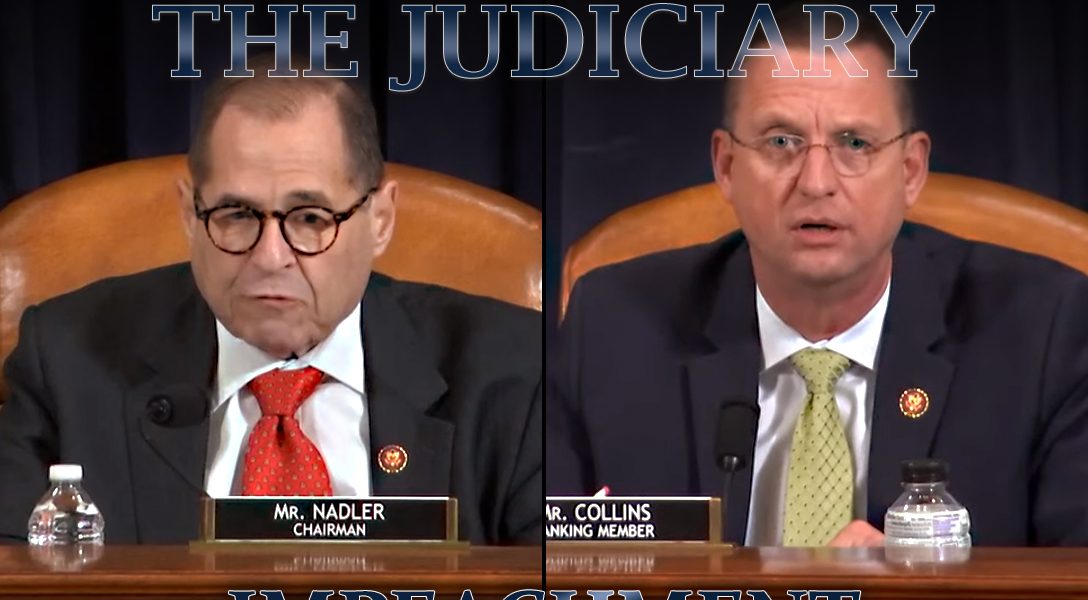 Trump, Impeachment and the 2020 Election — What the World Thinks

As the House of Representatives moved closer to impeaching President Donald Trump this week and the 2020 election looms large in the American psyche, WhoWhatWhy’s weekly series surveys world opinion of momentous events.

UK: The Guardian, Opinion — “The impeachment process serves a function that goes beyond next year’s electoral tests. It asserts the supremacy of law in a political system imperilled by a leader who believes with despotic certainty in his own immunity from criticism or sanction. It is not a partisan move against the president but a defence of the foundational principles of the American republic. To declare Mr Trump unfit for office is to anchor US democracy in a self-evident truth when it is dangerously adrift on a sea of lies.”

But Down Under there was an upbeat message for Trump…

There are just two of them: fewer than have been proposed in any past presidential impeachment.

And they are written with a tight focus on Trump’s pressure campaign on Ukraine and his attempts to obstruct the impeachment inquiry itself.

There’s no mention of bribery or extortion — charges the Democrats publicly toyed with during the hearings but decided they couldn’t justify. Trump’s alleged attempts to obstruct the Mueller investigation into Russian election interference didn’t make the cut either.

Pelosi is a shrewd operator who will almost certainly marshal the votes necessary for impeachment.

It’s a punishment Democrats believe they are duty-bound to inflict.

But the prospects of Trump sustaining any serious political damage are fast fading away.”

While Spaniards thought he was in trouble…

Catching up on the news? Here's everything you need to know. #TheShortList

There were historical echoes to his impeachment…

Canada: The Globe and Mail, David Shribman – In his 2017 commencement address at the U.S. Coast Guard Academy, Mr. Trump said, ‘No politician in history – and I say this with great surety – has been treated worse or more unfairly.’ In this regard, Mr. Trump is not blazing a new trail. Consider these presidential remarks: ‘Who, I ask, has suffered more for the Union than I have? … The usurpation I have been guilty of has always been standing between the people and the encroachments of power.’

The speaker was Andrew Johnson, in remarks to the citizens of Washington on Feb. 22, 1866, marking the birth of George Washington 134 years earlier. Two years later, in 1868, Mr. Johnson was impeached in the House but was acquitted in the Senate by a single vote.

But Trump’s place in history is assured — it isn’t a good place, however…

Ireland: Irish Times, Opinion — “What is clear, however, is Trump is a leader who relishes conflict, and will likely thrive on a battle, particularly one he is expected to win. His declaration on Twitter ‘We will win!’ when Pelosi announced the impeachment process was proceeding, is an insight into how the president views this process – as the kind of partisan fight he embraces and he believes plays well with his supporters.

This combative approach is gathering steam, with the White House running a social media ‘war-room’ designed to attack the impeachment process ‘The Founders began the Constitution with ‘We the People’ for a reason. Pelosi wants to negate the votes of 63M [million] Americans,” said the chairwoman of the Republican National Committee in a tweet that was retweeted by Donald Trump. Fox News is also locking into step, with its presenters denouncing the process…

[But] What will ultimately be remembered if the process reaches its inevitable conclusion is that Donald Trump will become the third American president to be impeached, a legacy no president wants.”

He is definitely a bit of a sketchy guy…

Middle East: Al Quds al Arabi, Opinion — “He views withholding financial aid to Ukraine at the risk of impeachment to be on par with blackmailing the American Jewish community at risk of being accused of anti-Semitism; it is all the same to him.”

And in Pyongyang it just got personal…

We truly cannot conceal our disappointment at this.

Such occasions inevitably clearly show that he is an old man who has lost patience.

We can see from this that Trump is very impatient now.

It seems that the time might come again when we have no choice but to call him ‘a senile dotard’ again because he is such an imprudent and erratic old man.”