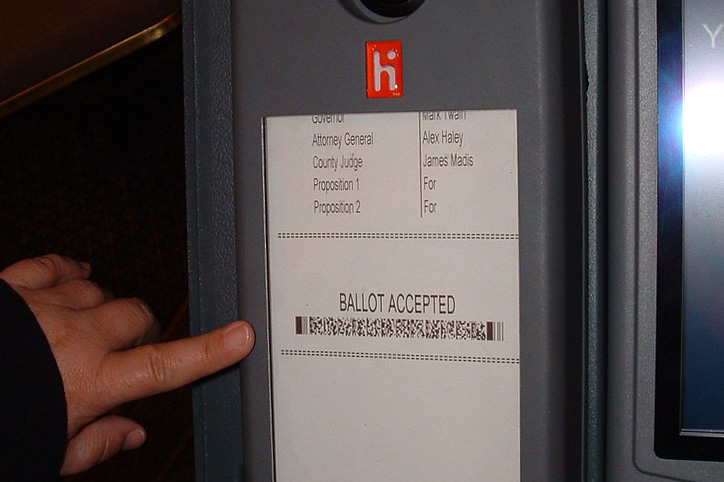 Toss-up State to Use Vulnerable Tech in 2020

The 2020 election is expected to once again be razor-close and, in light of Russian attempts to hack the vote in 2016, making it secure is of paramount importance. That is why North Carolina’s recent decision to open the door for unverifiable barcode election technology is raising eyebrows in the election integrity community.

At the end of a 30-month process, the North Carolina State Board of Elections recently approved three new voting systems to replace decades-old technology in the state.

However, state election officials also did something else: With their selection, they approved the use of barcode voting technology. Election integrity advocates, cybersecurity experts, and even two members of the five-member state board have strongly objected to the use of this technology.

With the 2020 presidential election on the horizon — and North Carolina expected to be in play — the decision of state officials to choose voting systems that do not leave behind a verifiable paper trail creates major concerns for election transparency advocates.

These experts have been attending public meetings, pleading with the state board to focus on hand-marked paper ballots and postelection audits. They don’t want to see officials invite voting-machine vendors into the state with their difficult-to-verify systems.

In the key vote, three board members, including chairman Damon Circosta, rejected a motion that would have kept barcode voting technology out of North Carolina. Member Stella Anderson, who filed the motion, and one other board member voted in favor of it.

“Any barcode ballot has a verification problem,” said Anderson during the public meeting. “Because voters cannot verify that their choices are correctly encoded into that barcode, [and that barcode is] the only thing that is going to be tabulated.”

The board members who voted against Anderson’s motion and opposed her skeptical view of barcode ballots argued that bringing voting systems up to date in North Carolina was the real priority.

Overall, the 3–2 vote against Anderson’s motion is viewed as a loss for election integrity in the state and across the nation.

Beginning September 12, the voting-machine vendors certified by the state board began visiting five counties across the state to demonstrate their newly approved voting systems. And all 100 county boards of elections and county commissioners in the state will decide which voting systems they want to adopt. These would then become operational at the beginning of 2020.

North Carolina’s Election Systems Certification Program requires that new voting systems receive Election Assistance Commission (EAC) certification before they can be certified by the state board.

North Carolina activists fear these steps have not been completed, and that new systems might have been certified without following the law or program procedures.

“I used to have confidence in the state board of elections following the laws — master of code, procedures, rules, and certainly the intent of the law — but now I’m not so sure,” said Chris Telesca, a concerned North Carolina voter and election integrity advocate who spoke to WhoWhatWhy. “I don’t know what’s going on in the state board of elections right now. But it’s starting to look like we’ve got some uncertified stuff right here.”

The state is supposed to require a voting machine vendor to show evidence its system follows EAC requirements. Election security experts have asked the state to show the required documentation for state and EAC certification.

“And that has not been done,” Lynn Bernstein, a concerned NC voter and election integrity advocate, told WhoWhatWhy. “So we’re sort of challenging them to produce the documents for that because we believe that it hasn’t been completed.”

Due to the same lack of documentation, advocates now fear that the certification of voting systems back in 2005 were not handled properly either. “That makes me wonder, ‘What are they hiding?’” Telesca said. “If they are not hiding anything, they should be able to have documentation.”

One good outcome from the introduction of new machines is the likelihood that the state will no longer use direct-recording electronic voting machines (DREs). These machines (ES&S iVotronic), which are currently in use in 23 North Carolina counties, do not produce any paper trail on their own. Most of them are over a decade old and have been shown to be unreliable in the verification process as well as vulnerable to cybersecurity issues. These DRE machines are set to become decertified throughout the state come December 1.

Two bills (HB19 and HB 851) currently pending in the state legislature would retain DREs through the 2020 presidential election.

But at the North Carolina State Board of Elections meeting, Circosta said the goal of the board is to ensure decertification: “I am 100 percent committed to having DRE decertification in December.”

Indeed, Bernstein believes that with the certification of the new systems, the two DRE bills may be effectively sidelined, since the new technology will be available to counties in time for 2020.

“I’m hoping our legislators see that and realize there is really no need to [delay] the decertification,” Bernstein told WhoWhatWhy. “If we were to leave our doors open with these DREs, that just seems like a terrible idea, especially when we have a way to secure our elections. There is no better way to [achieve security] than to use hand-marked paper ballots that are not hackable.”

Nevertheless, election transparency advocates fear that elections in the state still remain vulnerable. With three new election systems equipped with barcode technology, poll workers in 100 counties will have to learn entirely new systems prior to a Democratic primary election in February, creating what may prove to be an untenable burden.