The last US presidential election was decided by fewer than 50,000 votes in a few swing states, demonstrating clearly that every vote counts. Photo credit: © Sachelle Babbar/ZUMA Wire
Elections

These 10 House Races Could Change the Future of the US

Are you thinking about 2022? You should be. You might still be exhausted by the fireworks of the 2020 election, but the fabric of the country hangs in the balance. The midterm elections will shape the nation for years to come, even as officials continue to corrode public faith in the election process for political gain.

The House of Representatives is up for a complete restructuring, with all 435 seats and the balance of power between Democrats and Republicans in play. With so much going on, where are the key seats the political parties are targeting, and, more importantly, why are they targeting those seats above others? What do they hope to slide in under the radar amid all the noise?

WhoWhatWhy has identified 10 top House races that could change the trajectory of our democracy. We will track these races tenaciously, as they unfold, but here is what you need to know now.

The top 10 House races in the November 8, 2022, elections that we will be following:

AZ-01: The Republicans are trying to increase their presence in Arizona as the state seems up for grabs to turn either solidly blue or solidly red in upcoming years. While Rep. Tom O’Halleran (D) has been representing the district since 2016, he spent nearly $3.5 million defending his seat in 2020 from the Republican challenger, and 2022 looks like an even tougher fight. His district tops the Democratic Congressional Campaign Committee’s list of important areas to defend to keep a House majority.

AZ-02: Rep. Ann Kirkpatrick (D) is retiring, leaving no incumbent and opening up the seat. With Arizona’s purple nature as of late, both parties are vying for control of the district. While Kirkpatrick has only represented the 2nd District since 2019, she had been the 1st District’s representative for several years — from 2009 to 2011 and again from 2013 to 2017.

FL-26: This South Florida district contains all of Monroe County and some of Miami-Dade. It went to Republicans in 2020 in a surprise upset, but the district has wavered between Democratic and Republican support over the decade it has been in existence. Through the 2010s, the district voted overwhelmingly blue presidentially, reelecting President Barack Obama, and casting nearly 57 percent of their vote for Hilary Clinton. The hard red swing was a boon for Republicans in 2020, when the district decided to reelect President Donald Trump with 52 percent of the vote, and to oust its Democratic representative in favor of Carlos Gimenez.

FL-27: Entirely in Miami-Dade, the 27th District has flipped back and forth between Republican and Democratic representatives, with a Democrat holding the office only once since the district’s drawing up in 2012. That Democrat, Donna Shalala, lost her reelection bid in 2020 to Maria Salazar, the same opponent she faced and bested in 2018. What makes this race hot to watch is that although the district has been more consistently represented by Republicans, it has overwhelmingly voted Democratic in larger elections — including presidential, gubernatorial, and US Senate races — since its inception.

GA-07: In 2020, Democrat Carolyn Bourdeaux narrowly defeated a Trump-enthusiast incumbent in a surprise upset. Republicans are concentrating on this district to flip it back to red, as it had been for years before this past election. Georgia continues to be a state of turmoil, after voting for President Joe Biden in 2020, but maintaining mostly Republican state leadership.

CA-49: Though California is thought of as a progressive blue state, its 49th District has only been under Democratic representation since 2018. Straddling Orange County and San Diego, its current representative, Mike Levin, spent $3 million on his campaign to keep the district Democratic in 2020. It’s considered one of the top targets for the Republicans in 2022.

NH-01: Currently represented by Democrat Chris Pappas, New Hampshire’s 1st District has been blue for years, but a large Republican playing field has opened up for the primaries, including 23-year-old former Trump staffer Karoline Leavitt and the former 2020 Republican nominee Matt Mowers. Pappas is the first openly gay representative from New Hampshire. Republicans have attacked Pappas’s voting record as a shadow of Nancy Pelosi’s and conservatives in the state say they want New Hampshire’s leadership to act like “a firewall” between the state and Washington DC politics.

TX-32: Rep. Colin Allred flipped this northern Dallas district blue in 2018, taking the seat from longtime incumbent Pete Sessions who had been a reliable Republican voice in Congress since 2003. His alliance with former President Trump could explain Sessions’s defeat, as Trump lost this district by 2 percentage points in 2016. That year, the Democrats did not even field a candidate. Allred is Black, representing a district that is 47 percent minority voters.  Republicans have targeted Allred’s seat for the 2022 elections, hoping to gain it back.

TX-24: This suburban district between Fort Worth and Dallas was one of only nine districts that voted for Biden in 2020 while voting in a Republican congresswoman to represent the district itself. Rep. Beth Van Duyne took office in January, replacing retiring Republican Rep. Kenny Marchant. Breaking from her district’s general election wishes, Van Duyne was one of 147 Republican lawmakers to vote to overturn the presidential results.

UT-4: Utah gained a fourth Congressional district after the 2010 census, and that district has flipped back and forth between Republicans and Democrats since its inception. The district votes consistently Republican in presidential elections, with Trump winning by nearly 10 percent in both 2016 and 2020. In 2018, however, a Democrat overtook the house seat by just a couple hundred votes, only to narrowly lose to current sitting Republican Rep. Burgess Owens in 2020. 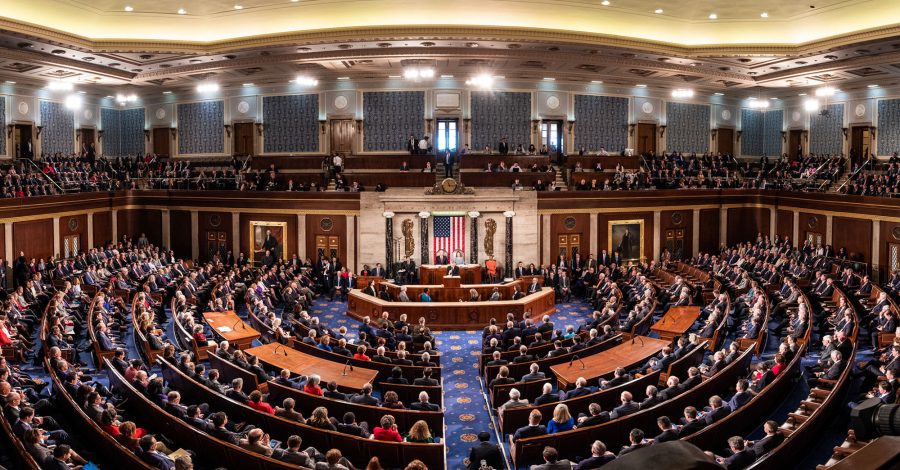 What Are the Key Factors at Play?

Republicans need to flip five seats to gain back the majority, if the Democratic hold remains 222 to 213 when the House is back to full capacity (there are four House vacancies right now). That’s an easy feat, according to history, since, typically, midterm elections go against the party in power in the White House. Since 1946, the president’s party has lost, on average, 27 House seats, according to research by the Brookings Institute.

It’s called “differential turnout,” and it means that voters of the party not in power feel more compelled to vote than those whose party is in power. So, even though 81 percent of Democrats say they are excited to go to the polls in 2022 as opposed to 72 percent of Republicans, history tells us Republican turnout will most likely be up and Democratic turnout down.

And that’s without the census shakeup. 2022 marks the first federal election after the House maps are redrawn, many in favor of Republicans. While Democrats won the White House, they lost key 2020 state legislatures, giving Republicans ample opportunity to gerrymander districts in their favor.

Redistricting alone could net Republicans a four-seat gain, according to The Cook Political Report. Even with college-educated white voters turning more toward Democratic candidates, bucking a decades-long trend, the Republican Party has more than a good shot of taking the House by a few seats at least in 2022.

If that happens, the decision-making in the country shifts back to the GOP, which would impact laws on everything from abortion to gun control to pandemic response. Small races can mean big change for our country.