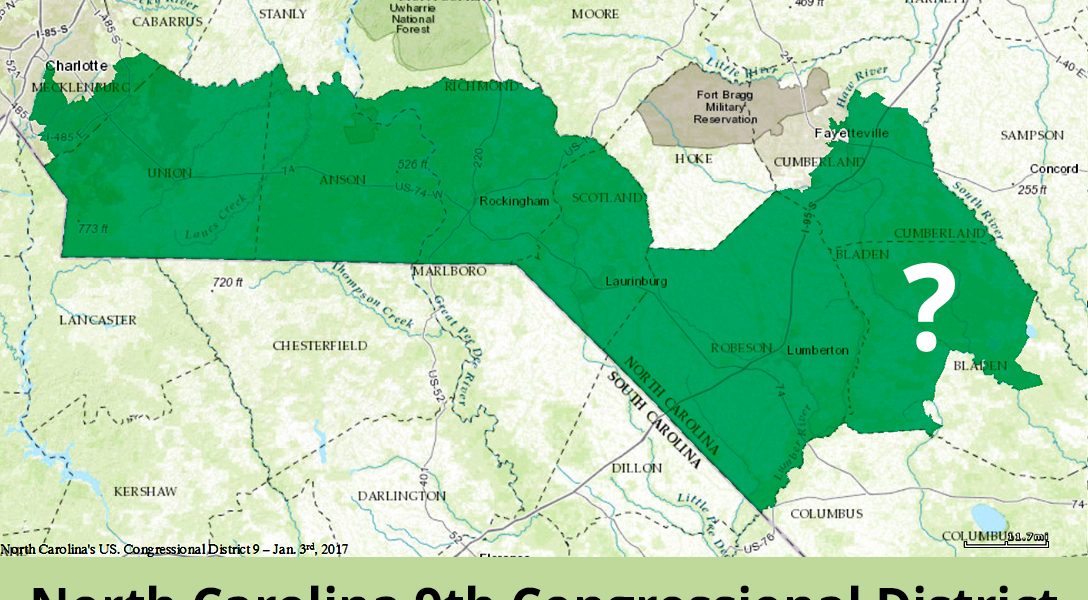 The North Carolina Absentee Ballot Scandal — What Happened and When?

Nov. 7: With all precincts reporting, McCready — facing a 1,900-vote deficit — concedes to Harris.

Nov. 12–16: Harris, along with other freshman legislators, attends orientation in Washington, DC.

Nov. 27: By this time Harris’s lead drops to 905 votes due to absentee ballots. The North Carolina State Board of Elections (NCSBE), which is composed of four Democrats, four Republicans, and one independent, agrees to delay certifying the race. Joshua Malcolm, a Democrat on the Board, only cites “unfortunate activities” as the reason behind the delay. Although the Republicans on the board object, all nine members unanimously vote to delay certification.

Nov. 28: It is revealed that immediately after the election, the NCSBE’s chief investigator, Joan Fleming, visited Elizabethtown in Bladen County to analyze voting records, including absentee-by-mail ballot request forms and their return addresses. Harris had won Bladen County by 1,557 votes.

Nov. 29: Sworn affidavits allege suspicious and potentially illegal activity in how absentee ballots were collected. Here are some notable examples:

Nov. 30: The NCSBE reconvenes and votes 7–2 to hold a public evidentiary hearing on December 21 due to “claims of numerous irregularities and concerted fraudulent activities related to absentee by-mail ballots and potentially other matters in Congressional District 9.”

Dec. 1: Andy Penry, the chairman of the NCSBE, resigns his position after it is alleged that he made critical remarks about Donald Trump and other Republicans on his social media accounts. “The investigation of criminal conduct and absentee voting fraud in the 2018 Republican primary and 2018 general election in Congressional District 9 is a matter of vital importance to our democracy,” he said in his statement. “The investigation should be free of attempts at distraction and obstruction so that the truth can be revealed.”

Dec. 3–4: Two women, Ginger Eason and Cheryl Kinlaw, come forward and say that they were paid $75-100 by Dowless to collect the ballots, despite such action being illegal. “I feel bad now that I know that it wasn’t legal, but I didn’t know at the time,” one of the women said. Making things worse, after picking up the ballots, the women did not mail them in, but rather handed them over to Dowless at his office, which has a big Mark Harris sticker on the door.

It is theoretically possible that Dowless, who was paid by the Harris campaign, could then review the unsealed ballots and selectively mail the Harris ballots in and destroy or store the McCready ballots.

Source: North Carolina State Board of Elections, via FiveThirtyEight

There are a number of irregularities with the absentee-by-mail votes in Bladen County. First, the total vote share of absentee ballots in the district’s other counties hovered around 2 percent of the total vote, but in Bladen the vote share skyrocketed to over 7 percent.

Second, whereas McCready won every district’s absentee vote (with an average of +27), Harris won the absentee vote in Bladen by a whopping 24 points — a 51-point swing.

“But to have each and every one of those unaffiliated voters vote Republican, that’s pretty astonishing,” Blitzer added. “If that’s the case, there’s a very concerted effort to use that method to one candidate’s advantage … But at that level there’s something else beyond a concerted effort that could be at work.”

Dec. 4: Rep. Steny Hoyer (D-MD), the incoming House Majority Leader, says Harris will not be seated if the investigation is incomplete.

Dec. 5: The NCSBE announces that it will reveal documents and other evidence to the public, as long as the “public disclosure will not undermine the investigation or prematurely expose sources.”

A hearing on the investigation is scheduled to take place on or before December 21.