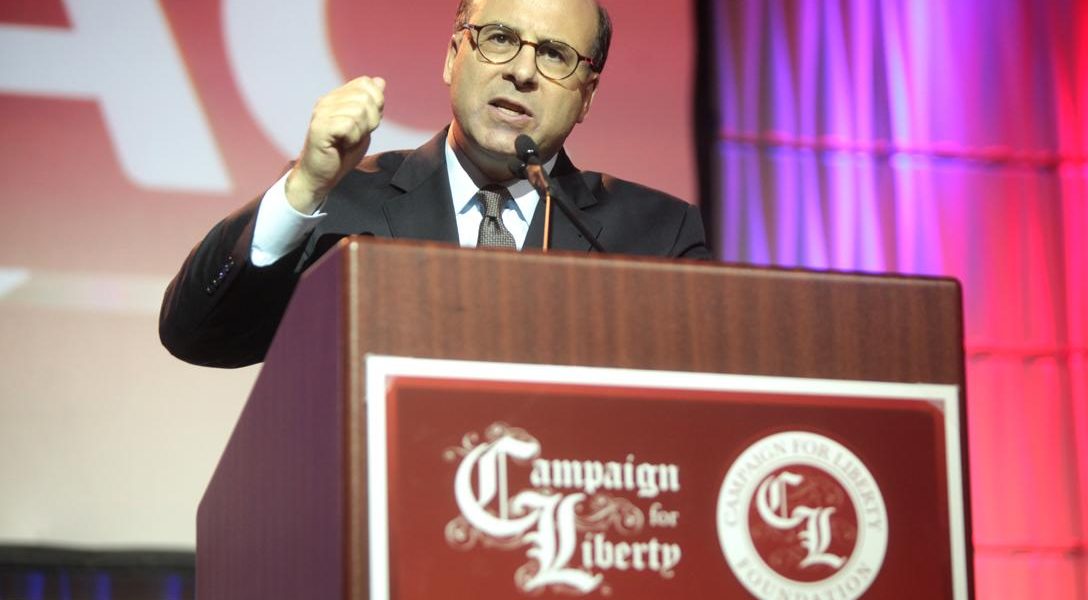 The former chair of the Federal Election Commission (FEC) believes the agency is doomed to fail because the three Republicans on the six-member panel have no interest in carrying out its mission — to ensure that the electoral process remains fair, open, and free of corruption and bribery.

In Washington’s hyper-partisan environment, where compromise is considered weakness, the FEC seems set up to fail. No more than three members of the panel can come from the same party, which practically speaking means that either bloc can obstruct on any issue it wants. But while the commission used to be able to at least get some work done, dysfunction now rules the day.

Ravel, who chaired the commission last year and is now again a regular member, is blunt in blaming the on-going impasse on her Republican colleagues. In May, she told the New York Times that, with the FEC in self-destruct mode, she didn’t see any likelihood of the federal election laws actually being enforced.

Not surprisingly, this high-level dysfunction has devastated morale at the agency. In October, a survey of federal employees rated job satisfaction at the FEC extremely low.

Ravel told WhoWhatWhy that the three Republican appointees to the FEC are opposed to the legislatively prescribed mission of the agency. “It’s because of the ideological views of the [GOP] bloc… that nothing happens.”

She has little hope that the FEC can straighten itself out. But that hasn’t stopped her from trying. Ravel started off her year as chair (the chairmanship rotates among commissioners annually) by inviting employees to participate in a forum on how to improve working conditions at the agency.

“I wanted to have more [forums] but my fellow commissioners refused to agree to pay for it,” complained Ravel. “We had to pay a couple thousand dollars at a theater down the street to hold all the staff and they refused to pay for it.”

To raise employee spirits, Ravel spent her own money to throw a mariachi party with a live band for the staff. The rest of the commissioners had balked at using agency funds for such morale-building — despite the fact that the FEC showed a budget surplus at the end of the year. (One reason for the surplus, of course, was the agency’s inability to mount a full range of investigations or enforcement actions.)

The FEC is supposed to ensure that political candidates, parties and committees follow federal election laws when they raise money, spend it and disclose where it came from. However, with more and more money flowing into politics each election cycle, the agency is increasingly overwhelmed.

One symptom of the FEC’s deep dysfunction is its inability — or, as Ravel claims, refusal — to fill vacant positions. This extends well past replacing the commissioners whose terms have expired.

Since 2013, the agency has been unable to hire a replacement for the post of general counsel, which would seem like an essential job for an agency tasked with legal enforcement. In August, under Ravel’s tenure as chair, Daniel Petalas was hired as acting counsel, but the job still lacks a permanent appointee.

For another perspective on the FEC’s problems, WhoWhatWhy reached out to Larry Noble, who held the position of general counsel at the FEC until 2000 and now works for the Campaign Legal Center, an election watchdog group.

“It just shows a total lack of respect for the staff,” Noble said, about the Commission’s leaving the post of general counsel vacant.

“That reflects an outlook that they’re not looking for the best person,” Noble told WhoWhatWhy. “They’re looking for a person who both sides feel will do what they want them to do, and since the commissioners can’t agree on what to do, it makes it very difficult.”

During Noble’s 13 years at the FEC (1987-2000), in-fighting among the politically divided commissioners had already become a problem. Noble said that one of the reasons he resigned was the persistent meddling of the commissioners in the day-to-day work of the staff.

“Some of the commissioners, and it tended to be the Republican commissioners, didn’t want to hear from the office of general counsel. They would say things like, ‘Well, we know what the law is, and we don’t need your advice,’” Noble said.

Referring to the almost total paralysis that partisanship has brought to the FEC Commissioner Ravel said change can only come from outside.

“I think a public outcry is what will cause the change, and more public involvement in the political process,” Ravel told WhoWhatWhy. “Understanding that [we] need to hold our elected officials accountable.”