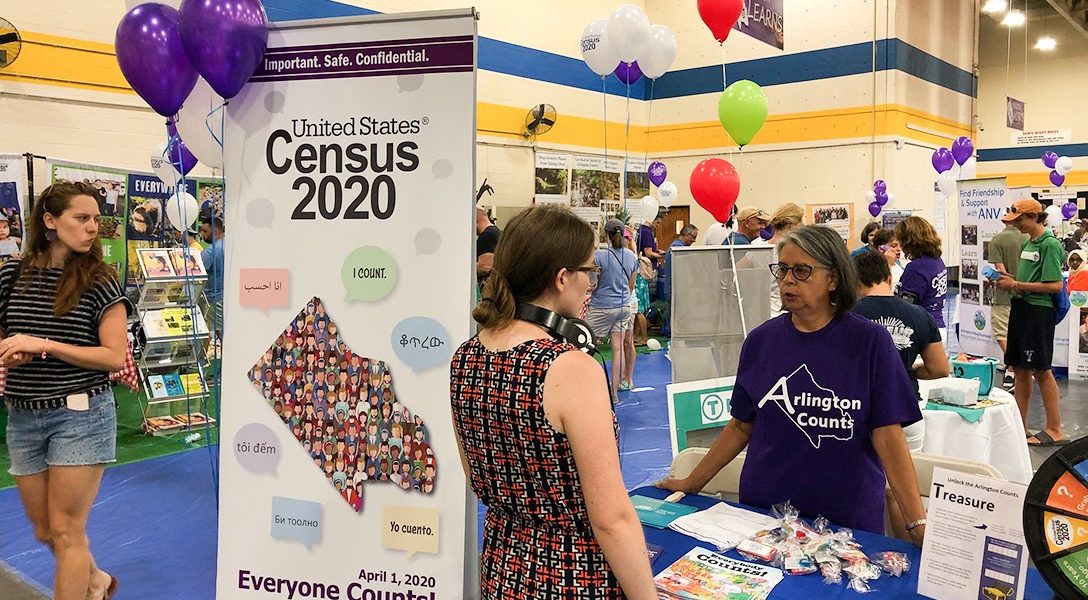 The Big Count: What’s Happening With the Census?

One month ago, on October 15, Americans wrapped up the US census amid a pandemic, economic disaster, political unrest, and a shortened data-collection deadline. The once-in-a-decade counting of every person in the country is again at risk of being made inaccurate by the political forces that influence it — namely, the Trump administration.

In the original plan for this year’s census, the actual count began early in the year (in January in a remote Alaskan fishing town, and in March nationally) with the intention of wrapping up the counting and data-collection process by April. The remaining months until December 31 were set aside for processing all the collected data before it would be delivered to the president for the purpose of reapportionment, or the distribution of congressional seats to states based on their population.

This is one of the reasons why an accurate census is vital — it determines not only congressional seats but funding for essential services like roads, education systems, healthcare, and housing, to name a few. Undercounts are especially risky for low income, marginalized communities — which is why community groups and municipal governments across the country made a push to count everyone.

To make sure that everyone was counted, census workers were sent out house to house, apartment to apartment, to collect information from people who didn’t self-respond. Time was set aside to process data before turning it in, in order to account for any discrepancies in the count, including the undercounting or marginalized communities and communities of color.

But because of COVID-19, the Census Bureau was forced to push its data collection end date to October 31, rather than the original April 2020 deadline. The data for apportionment would then be given to the next administration in April 2021, to give the Bureau enough time for data processing and corrections — a crucial step in order to correct for undercounting.

For four months, the Bureau worked under this “COVID-19 schedule” in order to increase census accuracy.

“But then suddenly in early August, abruptly and without explanation, the Bureau announced that it was going to speed up the final stages to get back on the original timeline of delivering apportionment numbers to the president at the end of December,” said Thomas Wolf, who focuses on census and redistricting at the Brennan Center for Justice’s Democracy program. “That basically meant that the Bureau was proposing to crunch down eight and a half months of data processing and gathering into half the time.”

It also meant that the Bureau would be slashing the time delegated to following up with people who had yet to respond to the census — a disproportionate number of whom were people of color or other marginalized individuals — to end on September 30. After multiple lawsuits, it was pushed to October 15, but the December deadline remained.

“What ends up happening is, if the counts are not correctly allocated to states, then some states get more representation … because it’s a zero sum game.”

Wolf, who is co-counsel in a California lawsuit against the administration’s shortening of census deadlines, said that the reinstated December deadline for reapportionment has the potential to gravely undermine the accuracy of the census, a consequence which would put marginalized communities or communities of color at the most risk of being undercounted and losing out on the critical funds, resources, and political power that the greater census process distributes.

“The one thing that census research has shown is that the lower the self-response rate, … the higher the risk that there’s going to be an undercount for that community,.” said Robert Santos, president-elect of the American Statistical Association, a group which has been supporting, aiding, and, when necessary, critiquing the US census undertaking since the organization was established almost two centuries ago.

Federal funding is usually determined per capita, which means that the failure to count even a single person would mean lost money for the community in which he or she  resides..

In terms of apportionment, even “a small change in the population from what it should have been can actually result in the loss of… or a gain in apportions [in the reapportionment process],” said Santos. “What ends up happening is, if the counts are not correctly allocated to states, then some states get more representation … because it’s a zero sum game.”

The routine undercounting of these communities is caused by various factors, including housing instability, confusion over how to fill out the census as a multigenerational household, language barriers, and a historic fear or distrust of the federal government. The original census data processing timeline had aimed to correct for these variables, but with it being cut in half, the ability to do that as accurately and transparently as possible has become virtually impossible.

In immigrant communities, especially, significantly low self-response rates are tied to fears that the information provided on the census will be used against them. With the 2020 census in particular, this fear has only been exacerbated by the Trump administration’s attempts earlier in the year to target undocumented immigrants specifically by adding a citizenship question to the survey. The possible inclusion of a citizenship question was thrown out by the Supreme Court in June, but the fear lingers.

“In environments like the one we had in this census, where it was presided over by a xenophobic president with a very aggressive anti-immigrant agenda,” Wolf said, “there were a lot of concerns, particularly in immigrant communities, that the information people provided to the census may be used to try to deport them.” Claudia Navarro, of the Miami-Dade County immigrant worker action center WeCount!, said that much of the organization’s work around the census included assuaging those fears and helping to spread factual information, as those targeted by Trump’s census controversies are often not even aware that they are eligible and legally mandated to participate.

“As a community group, we know that oftentimes with whatever information the government is giving out about the census … there’s a lot of misinformation and a lot of mistrust,” Navarro said. To mitigate that fear, the group committed itself to tireless mobilization around increasing the self-response rates in these communities, and thus securing their political representation and funding for the next 10 years — but its efforts were cut short by the August deadline change.

On July 21, the Trump administration announced in a memorandum: “For the purpose of the reapportionment of Representatives following the 2020 census, it is the policy of the United States to exclude from the apportionment base aliens who are not in a lawful immigration status.” Because the Bureau’s COVID-19 plan had the date for reapportionment set in April, Trump rushed everything to meet that deadline in fear that he wouldn’t be the occupant of the White House after 2021’s inauguration, and would therefore have no say over reapportionment.

The exclusion of undocumented immigrants from the census is “patently unconstitutional” (to quote Wolf) because of the requirement to count “all persons” in the census, not just citizens. Not including them in the census would also jeopardize the validity of the census count as a whole. Because there is no accurate number of the amount of undocumented immigrants living in the United States, any attempt to remove them from the count would only be an estimate and would pose grave consequences for the political representation and funding of areas with large undocumented communities.

“[The census] is providing services that are used by everyone in the community, regardless of their citizenship status. … Communities need to receive resources at a scale and scope that fit their actual circumstances, and their actual circumstances are such that you have to count, everyone,” Wolf said. “There are undocumented people in our schools or undocumented people on the roads. They are part of our political community. They pay taxes. They’re in the military.”

So far, three federal courts have ruled on the illegality of the Trump administration’s push to exclude people based on immigration status as a violation of the 14th Amendment and the Voting Rights Act. The argument is set to be heard by the Supreme Court on November 30.

“We have to find a way, moving forward, to not only understand the shortcomings and the strengths of the 2020 census,” Santos said, “but also figure out a way to adjust those, so that … there’s a more equitable distribution of political representation, and funding and infrastructure and economic economic opportunity.”

“Otherwise,” he added, “all we’re doing is reinforcing the inequities that have been with us all this time.”