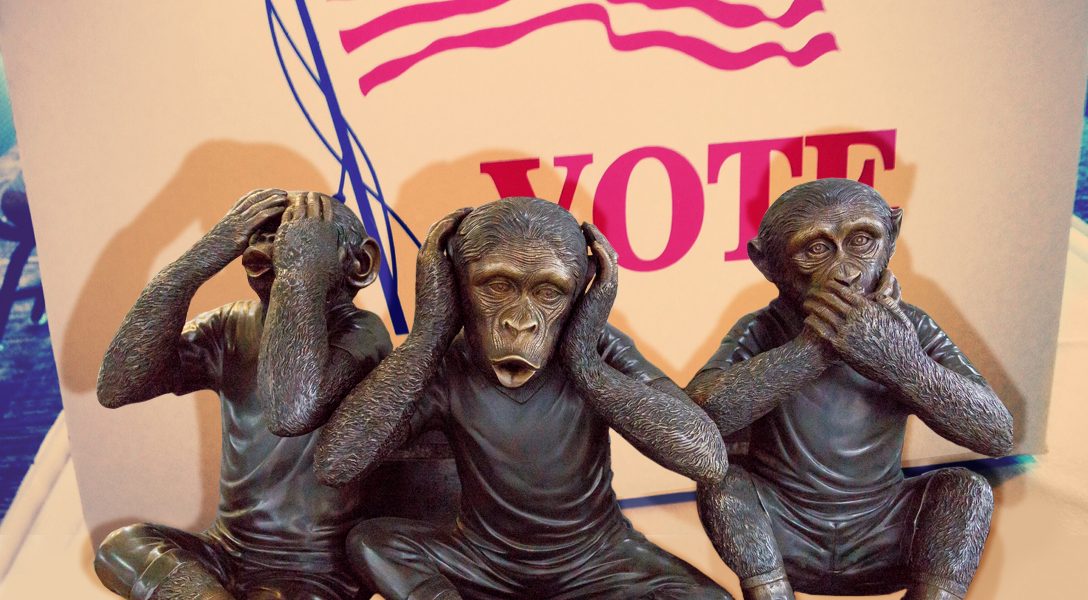 Is too much talk about election rigging eroding the very system critics are trying to save? That was the point a keynote speaker made at a conference for election integrity experts, though the assertion earned considerable pushback from the audience.

While Ambrogi’s message of bolstering public confidence fit nicely within the theme of this year’s conference (“Refocus. Renew. Re-Inspire”), some attendees clearly did not appreciate his approach.

Halderman, who has successfully hacked electronic voting systems several times in the past, insisted many of the nation’s voting systems are “not trustworthy” and says those who would silence critics are “actively harming the public interest.”

“The public deserves to know the system has very grave technical risks right now,” Halderman said, noting that effective reform could not be achieved until the public recognized those risks.

Ambrogi conceded this last point in a slideshow presentation, which said the current Congress was “unlikely to make positive progress” in examining and correcting the election administration system.

His main dispute with published critiques of US elections was the broad strokes used to paint election rigging in the media; specifically, the failure to distinguish between “election hacking” and “election rigging.”

Ambrogi reminded the audience that US intelligence reports of Russian interference had not provided evidence that the voting systems themselves had been compromised, echoing previous Obama administration talking points that emphasized there was no indication that vote tallies had been manipulated.

Failures to illustrate this nuance might explain why, in a Democracy Fund survey of 1,500 Americans cited by Ambrogi, only 59% of respondents believe our recent presidential election was fairly determined, while 38% believed a candidate or party had falsified the election results. Ambrogi feared such attitudes could lead to reduced voter participation in future contests.

One conference attendee noted, however, that absence of evidence does not equal evidence of absence, and that such evidence might turn up if third-party experts were ever allowed to inspect election software. A lack of transparency is one of several criticisms frequently lobbied toward electronic voting systems, voting tech vendors, and election administrators.

At a separate panel, host Tammy Patrick of the Bipartisan Policy Center agreed with Ambrogi’s general sentiment, although she seemed less concerned by the content of these criticisms than their timing. While her slideshow agreed that the discussion around election rigging “was a great conversation to have,” she said the ensuing media frenzy prevented election officials from focusing on administration tasks, such as voter registration and staffing polling places, to answer media requests and disseminate audit information via social media.

Though Ambrogi’s controversial address had plenty of detractors, at least one election administrator rose to its defense. Richard Keech, Deputy Registrar for Loudoun County, VA, agreed that people should keep the issue in perspective and “blow it into proportion.”

“We need to change the conversation,” said Keech.

Regardless of validity, Ambrogi felt that lobbing criticisms so close to the November election failed to provide sufficient time to produce any of the systemic changes they might have hoped for, and therefore served no purpose beyond public agitation.

When asked for his thoughts on the appropriate time to raise the issue, Ambrogi replied that it was certainly “not right before a major presidential election.”

Following the address, Edward Hailes, General Counsel for the Advancement Project, said Ambrogi’s comments sounded eerily similar to the sort of “lower the volume” messages he had encountered as a civil rights advocate.

But in his toast closing out the conference, Hailes seemed undeterred.

“I come from a faith tradition that says truth will set you free,” said Hailes. “If truth will indeed set us free, then we have an obligation to speak truth to power.”