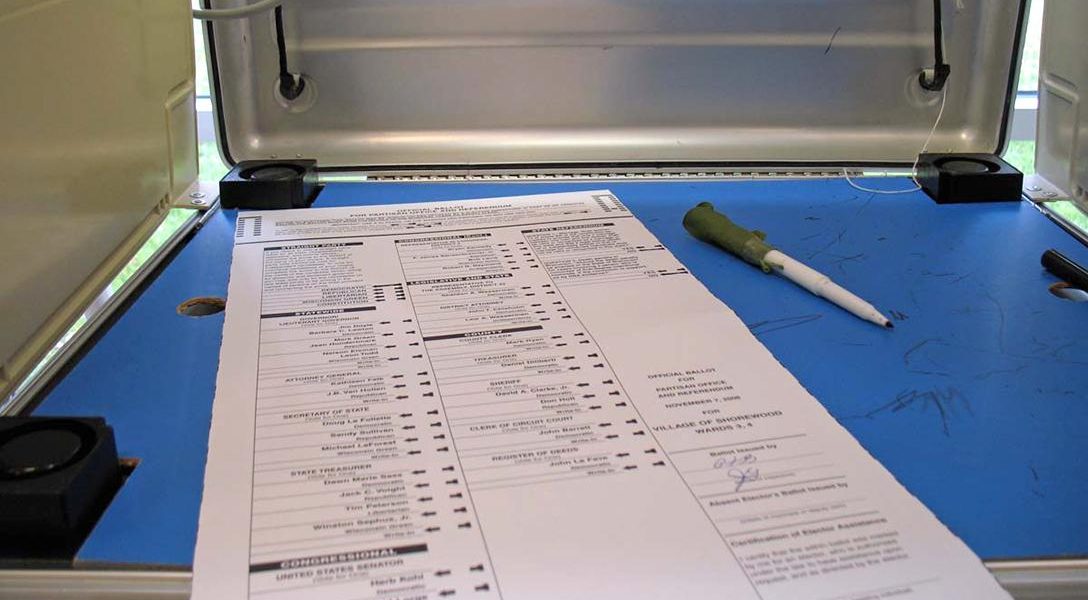 What It Would Take to Repair the Voting System (and Why Isn’t Anybody Doing It?)

A manual recount of paper ballots is the gold standard of election audits. However, even that procedure, which roughly three-quarters of Wisconsin counties will use, may not discover every way in which an election has been tampered with. The US system is clearly more vulnerable than those of other democracies throughout the world … and that seems to be by design.

What is truly baffling is that the vulnerabilities of the US system are entirely self-inflicted. In theory, instead of being one of the few western democracies that seems to have voting problems every time, the US could run an election with greater participation, shorter lines and much less controversy. The fact that this isn’t happening is the result of deliberate policy decisions. It is a choice by those in power.

So WhoWhatWhy asked leading election integrity specialists and advocates why the US can’t get its act together and what could be done to avoid stumbling from one election mess into the next.

Specifically, we wanted to know whether the US, if it wanted to, could have a relatively reliable and tamper-proof voting system. We also asked what it would take to implement such a system and finally, and perhaps most importantly, why this has not happened yet.

Most of our experts believe that it would be possible to come up with a system that is relatively reliable and tamper-proof. Among them is Philip Stark, the associate dean of Mathematical and Physical Sciences and director of the Statistical Computing Facility at the University of California, Berkeley.

“If the US wanted to, it could have cheap, accurate, verifiable, tamper-evident voting systems,” Stark told WhoWhatWhy. “No system is tamper-proof, but by combining paper ballots, optical-scan counting, rigorous accounting for the physical ballots to ensure their security, and audits of the electronic results against the paper ballots at the level of individual ballots, we could offer very strong protection against hacking and errors, and the ability to recover from most kinds of problems. A paper record and routine auditing have to be part of it.”

“Yes, absolutely,” he told WhoWhatWhy. “It would simply have to be an observable system, one in which the vote counting process was public and open to observation. It was done that way for the better part of 200 years.”

“No one wakes up and says ‘Hey, make me accountable!’ But any quality control process begins with implementing accountability measures, however uncomfortable or embarrassing they might be.”

However, Rebecca Mercuri, a computer scientist specializing in computer security and computer forensics, isn’t so sure. Widely considered a leading expert on electronic voting systems, Mercuri pointed out that “the US is not responsible for ‘wanting’ voting systems, as the methods of voting in general elections is defined by the States.”

Mercuri added that “Voting System Guidelines as defined by the US Election Assistance Commission are voluntary, and it is up to the states to adopt these guidelines or adapt them as they prefer.”

She believes that a national fix is contingent on “a Constitutional Amendment taking control of the Federal general elections.” When WhoWhatWhy followed up and noted that the federal government already has some authority, for example the passage of the Voting Right Act, Mercuri pointed out that the consequences of that landmark law did not match its intent.

“You may also think that the US Voting Rights Act changed things — overtly it may seem to have done so, but in actuality it did not,” Mercuri said. “Instead of a poll tax and literacy tests, other hurdles were created to prevent minorities and people of color from voting, for example driver’s licenses (many poor do not have them), eliminating felons from the voter rolls (African Americans heavily outnumber others in this regard).”

Most of the other experts, however, offered fixes short of a constitutional amendment wresting control of elections away from the states.

Stark, the Berkeley professor, also believes that “the key to easily auditable elections is for the voting system to report how it interpreted each ballot, in a way that can be tied back to that ballot, so that can be spot-checked at random for accuracy.”

He noted that a new bill in California would do just that.

“We also need laws requiring audits, laws/regulations requiring careful, documented care for the ballots and ballot accounting, and we need election officials to adopt an evidence-based strategy rather than a procedure-based strategy,” Stark said.

Deborah Sumner, an election integrity advocate in New Hampshire pointed out that, in the absence of reliable technology, the best way might be to return to paper elections, as some European countries have done.

“For most of us, including my state and town, that have not shown a willingness to use the technology responsibly, we should return to hand-counted elections, with the community making sure the needed checks and balances are in place,” Sumner told WhoWhatWhy. “In my experience, communities should not rely on either the state nor federal government to ‘do the right thing’ and protect the rights of voters and candidates, our votes and our elections. We, the citizens, have to do that at the local level.”

Simon, the author of CODE RED, argued that the way to fix the process is to “re-prioritize security and fidelity over convenience, speed and entertainment” and by “recognizing that elections can’t be a ‘media property’ if we want them to be a public trust.”

Other countries, as Simon noted, have done it. So it begs the question: Why has this kind of election reform not happened here in the US?

“Inertias are powerful at all levels,” Simon explained.

He cited a number of reasons, including indolence, impatience and resistance to change by the masses, as well as an attitude of denial by local administrators that computer fraud has even taken place. Then there remains the ever-present political opposition between the two major parties blocking election reform.

It’s a situation that calls into question our national priorities.

“The powers that be have decided for us that we want our democracy on the cheap, investing a smaller proportion of our national wealth in the electoral mechanism than almost any other democracy on Earth,” Simon said. “For two weeks of our ‘democracy promotion’ wars in Iraq and Afghanistan, we could pay humans to count ballots in America at $20/hr for a generation.”

Sumner agrees with Simon’s assessment that biased election officials are a major roadblock to reform, as is voters’ laziness and lack of awareness of their rights. But she also sees the media as part of the problem.

“As a former reporter, I put major responsibility on members of the media,” she said. “Why didn’t I know, prior to mid 2007, that my town was using the Diebold computer, and that most of New Hampshire’s votes were being ‘counted’ by a private corporation with no public oversight?”

Mercuri sees the answer to why US election changes have not been implemented as far more complicated.

“What defines ‘reliable?’If a person marks an X instead of coloring in a dot, will that be ‘reliably’ registered for the choice they intended?” Mercuri asked. “If a voting machine collects the ballots internally but provides no independent method for the voter to ensure that their choices were registered and tallied as intended, is that ‘reliable?’ If we provide voting systems that are open-source so that the public can inspect them to be sure they are ‘tamper-proof’ and a hack is discovered 3 days before the election, then what do we do?”

“Why ‘this has not happened’ is because defining ‘reliable’ and ‘tamper-proof’ is at odds with other aspects of elections — such as privacy.”

Bev Harris isolates another reason, in particular, for election reform paralysis in the US: Embarrassment on the part of public officials. It’s an emotion powerful enough to compel government administrators to go so far as refusing to acknowledge freedom of information rights.