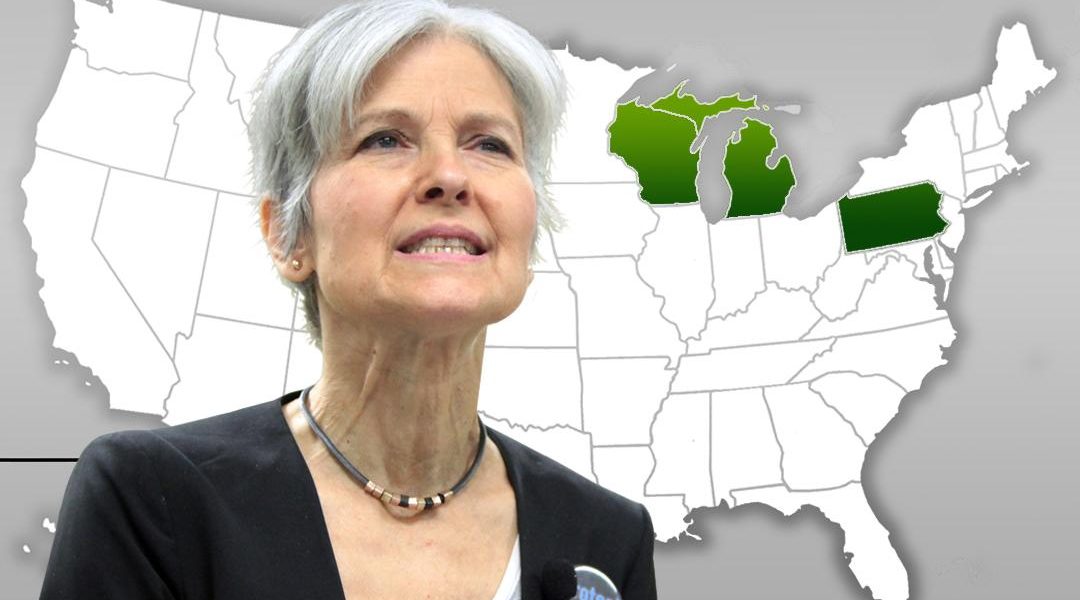 A member of Jill Stein’s team told WhoWhatWhy the inflated price tag Wisconsin election officials slapped on last year’s recount was part of an effort to dissuade the Green Party candidate from having the state’s presidential election audited.

“They were trying to discourage us from doing the recount, so they jacked the price way up,” Rick Lass, a Stein campaign advisor, told WhoWhatWhy after it was revealed that the recount ended up costing a lot less than officials had projected. “We aren’t very pleased with the process.”

A lot of eyebrows were raised when the state of Wisconsin asked Stein to pay $3.5 million upfront to fund the recount. After all, as WhoWhatWhy reported, a previous statewide recount had been a lot less expensive. It turns out that the skeptics were right.

The final cost of the Wisconsin recount came in at just over $2 million, state election officials announced last week.

Inflated from an initial $1.1 million estimate just days before the filing deadline, the exorbitant fee was one of several obstacles the Green Party faced in its recount campaign across three battleground states — in addition to cynical press coverage, challenges from Donald Trump’s legal team, and obstructionist judges.

The difference will be returned to the campaign. In total, Stein’s camp raised $7.3 million from 161,000 donors for the recount effort in Wisconsin, Michigan and Pennsylvania, more than what the Green Party nominee had received during her past two presidential runs.

Wisconsin was the only state where a full recount moved forward: courts in Michigan and Pennsylvania blocked the Green Party’s efforts there, highlighting the difficulty of auditing the vote in the three states where Trump’s margins were slimmest and polls predicted a Clinton win.

Besides the exorbitant filing fee, Wisconsin’s recount was marred by the fact that many counties simply ran their ballots through the same optical vote scanners they’d used originally. Election integrity experts warn that such machines are susceptible to hacking — via malware inserted by portable media, for instance, though there are many different methods — and only a paper audit could ensure accuracy.

“Asking the same hardware and software the same question again should give you the same answer,” said Philip B. Stark, a professor of statistics at the University of California-Berkeley and one of six election integrity experts who submitted affidavits at the time in favor of a mandated hand-count. “That’s why you need to check it using a different method.”

Among counties whose clerks opted for machine scans were three of Wisconsin’s five largest counties — Milwaukee, Brown, and Racine. And in several other counties, only machines or a partial hand-count were used, leading to what an exasperated Stein termed “half a recount.”

A suit by the campaign to compel all of Wisconsin’s 72 counties to hand-count was batted down by a state judge who said she could not order it under state law, though personally she thought it prudent.

Recruited by the Stein campaign, volunteers fanned out across the state to oversee the 12-day recount in December. In several cases they reported irregularities, as captured in journalist’s Lulu Friesdat’s short documentary on the effort.

In one scene of the film, volunteer Liz Whitlock asks for a hand count of one precinct in Racine County after she and others, using manual clickers, note that a string of 18 ballots in a precinct were erroneously counted by the machine as undervotes — meaning there was no selection for president.

After filing an objection, her request to manually recount the 310 votes is denied by a county clerk staff member, who declares “I’m not going to do a hand count for anybody” and threatens to kick Whitlock out.

“I am just stunned at how inaccurate the whole thing is,” Whitlock says in the film.

WhoWhatWhy, which covered the recounts extensively, noted many of these issues while the audit took place.

The recount ultimately confirmed Trump’s victory, even adding 131 votes to the president-elect’s margin, bringing it to 22,748. Just over 1,500 previously uncounted votes were tallied the second time around, a discrepancy the Election Commission’s spokesman, Reid Magney, chalked up to “some forgotten ballots,” absentee ballots, and others that weren’t properly filled out.

Magney also contested the $1.1 million initial estimate, arguing it may have been given as an unofficial estimate based on the smaller-scale 2011 recount and that he had to wait to hear back from all the country clerks before offering the Stein campaign a final estimate. Going forward, he said, the Commission would look to make additional changes in training election judges, but that the machines performed as intended.

“People will believe what they’re going to believe about the accuracy of the election results, but the fact that the results were so close, I think, should reaffirm people’s confidence in the election,” Magney told WhoWhatWhy.

Lass, the Stein advisor, said some of the remaining funds would be set aside for continuing legal expenses in all three states. Michigan has not yet refunded the $970,000 the campaign paid for the recount there, even though the recount was halted by a state appeals court after only three days of ballot counting. Appeals are still pending in Wisconsin and Pennsylvania.

The campaign is determining how much will be left over when all is said and done. Stein had said part of the money would be used to create Count My Vote, an election transparency group in Wisconsin. Donors will be polled in the next few weeks as to what should be done with the rest of the money, which has been segregated in its own account.

“The big lesson learned is that our elections are not verifiable,” Lass said. “It’s not acceptable. We need to know that our votes are being counted.”

With so much controversy swirling around this election — as well as others in the recent past — it is truly shocking that state officials, judges and laws continue to place so many obstacles in the path of an audit that would ensure the will of the people was heard.