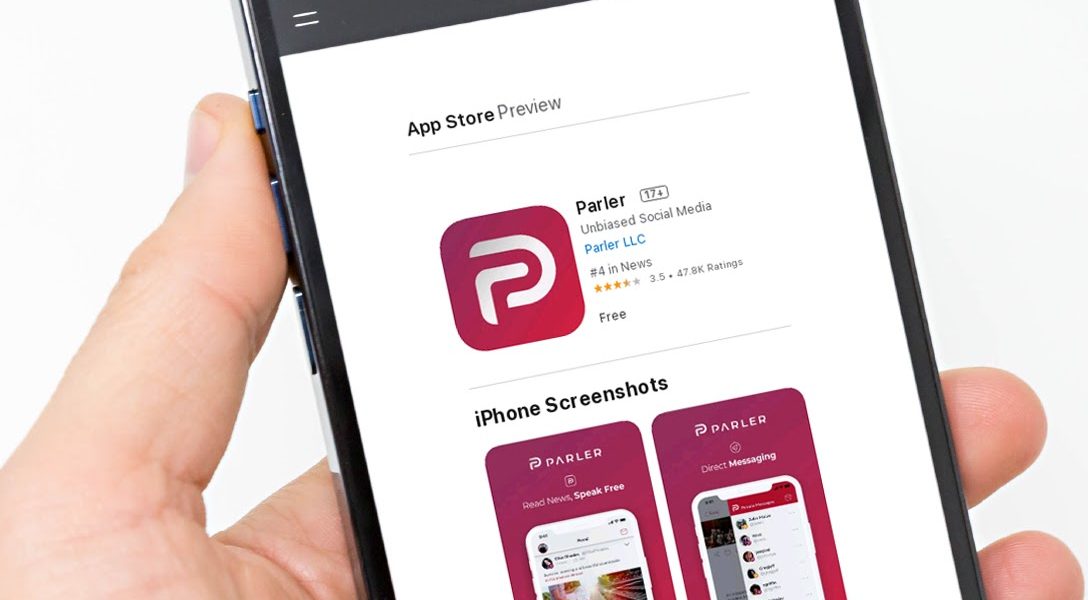 Will Republicans stay home during the Senate run-off election in Georgia? Some Trump supporters are pushing for it.

On Parler — a social media platform known for its popularity among right-wing extremists, Trump supporters, and QAnon believers — there are calls for a boycott of the Georgia Senate runoff elections set to take place on January 5 between Democratic challengers Rev. Raphael Warnock and Jon Ossoff and Republicans Kelly Loeffler and David Perdue, respectively.

The boycott is based on a conspiracy theory about Dominion Voter Systems, a company that provides election equipment such as touchscreen voter machines, ballot scanners and printers, and computer software to manage election audits. Dominion provides election equipment and products to 28 states, where they are used by more than 40 percent of American voters. Just this past year, Georgia updated its entire voting system by purchasing more than $100 million worth of Dominion touchscreen voting machines for the 2020 election cycle in an attempt to safeguard election integrity. (WhoWhatWhy delves deep into Dominion’s business practices and election equipment in its book Is This Any Way to Vote?: Vulnerable Voting Machines and The Mysterious Industry Behind Them.)

But as Parler’s growing community of Trump supporters sees it, Dominion is a communist-backed company working in cahoots with the “deep state” to steal the election from President Trump.

For many Parler users, that evidence doesn’t matter. For them, the system is broken. Boycotting the vote entirely is the only sensible solution.

While the conspiracy theory hasn’t gained much traction on traditional social media sites (like Twitter and Facebook), many on the right are pushing for an exodus — to Parler.

While the app’s 2.8 million subscribers are a drop in the bucket compared to Twitter or Facebook, the growing conservative “free speech” app holds the promise of a strengthened online bubble populated only by like-minded believers.

That concentration of far-right voices has proven to be a breeding ground for conspiracy theories, like the one aimed at the Georgia elections and the Dominion voting machines.

One Parler user, @REDEAGLEGEORGIA, posted on November 23, “The Dominion algorithm works by swapping HUNDREDS OF THOUSANDS OF VOTES from Republican to Democrat.”

The post, which received dozens of reposts and likes, continues: “THE ONLY WAY TO COMBAT THIS IS TO BOYCOTT, which will BREAK the algorithm and create impossible results.” The user’s bio reads: “#BoycottGeorgia… You will lose an election on rigged machines 100% of the time. The boycott will expose the fraud in Georgia.”

Of course, as numerous sources have pointed out, none of that is true.

On November 12, the Department of Homeland Security’s Cybersecurity and Infrastructure Security Agency (CISA) released a joint statement stating that “there is no evidence that any voting system deleted or lost votes, changed votes, or was in any way compromised.” That includes Dominion voting systems. A press release from the DHS that day called it “the most secure election in American history.”

“This is a nonpartisan American company. It is not physically possible for our machines to switch votes from one candidate to the other,” Dominion Voting Systems representative Michael Steel said on Fox News’s America’s News HQ on November 22.

The security of Dominion’s systems has also been extensively researched and confirmed by a variety of independent actors, who have all concluded that there was no vote switching as alleged by Trump, his lawyer Rudy Giuliani, and other Trump supporters.

But for many Parler users, that evidence doesn’t matter. For them, the system is broken. Boycotting the vote entirely is the only sensible solution.

Such widespread calls for a boycott from the president’s most loyal supporters have the potential to cost the Republican party their Senate majority. Neither Republican candidate won the majority in the general election: Perdue won 49.7 percent of the vote compared to Ossoff’s 47.9 percent, and Loeffler won 25.9 percent compared to Warnock’s 32.9 percent. If, in the runoff, Democrats take the Georgia seats, their total will be 50 Democratic senators, with Vice President-elect Kamala Harris serving as the tiebreaker.

On November 17, Raffensperger told the Mehdi Hasan Show that 24,000 Republicans who voted by mail in the June primary failed to vote in the general election — a change he attributed to Trump’s repeated (and false) questioning of the validity of mail-in ballots. In Raffensperger’s analysis, those votes could be the reason Trump was the first Republican presidential candidate to lose the state in 20 years.

A boycott of the Senate run-off election in Georgia could have disastrous consequences for the GOP. It could lower the Republican turnout, even as the two Democratic challengers have united behind a vigorous get-out-the-vote strategy to rally supporters across the state.

Perdue and Loeffler have yet to comment publicly on the calls to boycott, and the Republican Party of Georgia did not respond to a WhoWhatWhy request for comment.

For the Trump supporters calling for a boycott, losing the seats currently held by Loeffler and Perdue — even if that flips the Senate to Democratic control — is a small price to pay for what they see as a step toward victory in a larger battle: along with Dominion Voter Systems, the other targets of the boycott are the so-called RINOs, an acronym for lawmakers vilified by Trump supporters as “Republicans in name only.”

“More and more of these COWARDLY Republicans in Congress are showing their true colors. THEY NEED TO STAND IN SUPPORT OF OUR RIGHTFUL PRESIDENT. … LET IT BE KNOWN IF THEY CONTINUE TO DO NOTHING WE WILL BOYCOTT THE GEORGIA RUNOFF,” wrote user @LastTruePatriot2020 on November 23.

“RINO traitors!!! They will not get my vote,” wrote another user, @JohnyHolt, of Perdue and Loeffler. “Georgia Trump supporters, WE MUST BOYCOTT. Let’s teach the GOP a lesson.”

Even Trump’s own attorney, Lin Wood, decided to fan the flames of boycott in direct retaliation against the Republican incumbents.

“Politicians love votes & money (not necessarily in that order),” Wood tweeted on November 21. “Want to get @SenLoeffler & @sendavidperdue out of their basements to demand that action must be taken to fix steal of the 11/3 GA election? Threaten to withhold your votes & money. Demand that they represent you.”

While some members of Trump’s circle are attempting to put out the boycotting fire — as exemplified by Donald Trump Jr.’s November 23 tweet calling on voters to “IGNORE” the calls for boycott — the movement’s rhetoric remains prominent on the Parler platform.

How many people will actually go through with the boycott is anyone’s guess. But given the fervent belief among some supporters that anyone who disagrees even slightly with Trump is the enemy, the boycott’s potential threat to Republican power in Washington could be very real. And that would make Parler an unexpected new power broker in American politics.