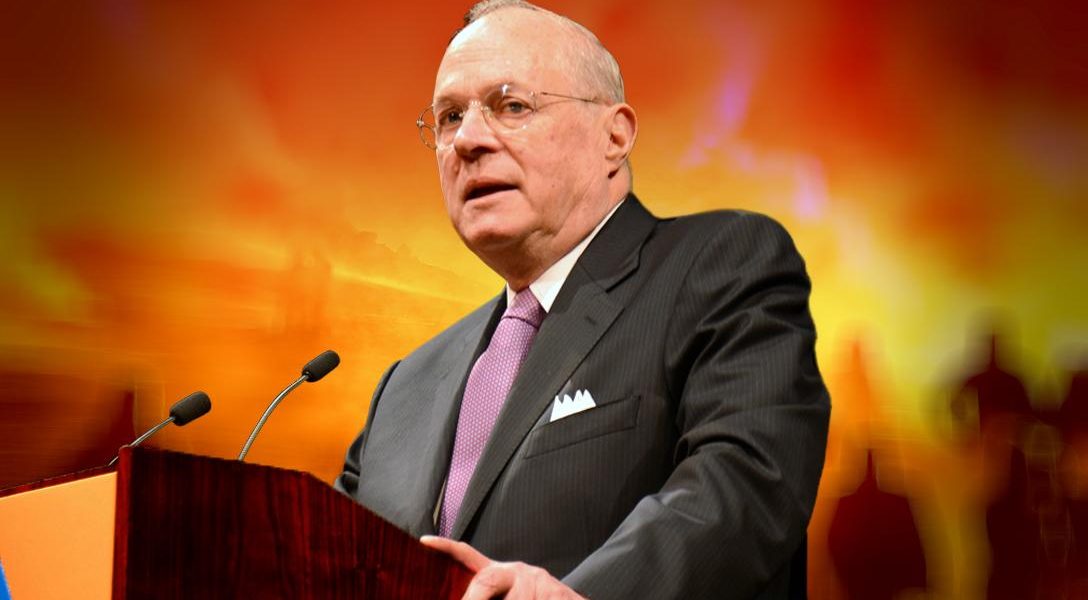 When it comes to the influence of the unspeakably rich in politics, things are even worse than we thought.

Seemingly dire predictions of what would follow the controversial 2010 Supreme Court decision in the Citizens United case turn out to have actually underestimated the damage to our electoral process.

The decision struck down limitations on corporations’ donations to political campaigns. At the time, many  warned that big money would trample everything in sight, unhindered by reasonable regulation or oversight. Since that time, a hodgepodge of lower court rulings and loopholes in the regulatory mechanism have made it even more difficult to effectively monitor the deluge of cash.

Now, with the 2016 presidential campaign still only in its early stages, we are already seeing the consequences — and the chaos.

“We have candidates who feel they don’t need to comply because no one will come after them.”

Here are some of the craziest things that have already happened this cycle:

Hundreds of ads supporting Senator Marco Rubio have aired in early primary states, though not a single one was paid for by his official campaign. Even the Super PAC that supports Rubio has sat back. So who is footing the bill?

The Associated Press reported that at least $8 million worth of ads supporting Rubio have been paid for by a group called the Conservative Solutions Project. But because of loopholes in Federal Election Commission (FEC) disclosure rules, it is impossible to know who donated the money that funds this group.

Conservative Solutions Project has declared itself a 501(c)4 nonprofit. Such groups are exempt from election disclosure rules as long as they use most of the money they raise for “social welfare” —  and not for electioneering. As to whether they actually spend most of the money on the public good, well, that will not be known until the IRS audits them. But according to the group’s filing timeline, that won’t happen until 2017. By that time, Rubio may already be president.

Until then, the anonymous people behind the group can do a number of tricky things. They can continue to raise money without any disclosure. They can spend large sums on pro-Rubio ads while claiming to be unaffiliated with Rubio’s campaign. They can share an almost identical name with Conservative Solutions PAC, the Super PAC helping Rubio’s campaign — while appearing to act independently.  They can air ads exclusively in support of the Florida senator. They can even display a video of the candidate on the group’s home page. And all the while pretending to have nothing to do with Rubio’s campaign.

When several months ago a voter asked Rubio about the lack of disclosure in the modern political system, the candidate replied:

“Full disclosure and sunlight into all these expenditures is critical to getting to the root of this problem. As long as you know who’s behind the money and how much they’re giving and where they’re spending it, I think that’s the sunlight that we need.”

But with Rubio’s current support from groups that fail to offer any semblance of disclosure, it’s clear he’s not putting his money even close to where his mouth is.

Before the election even started, the chair of the Federal Election Commission admitted that there was no hope of the rules being enforced. Ann Ravel told the New York Times that the government commission she is in charge of is “worse than dysfunctional” due to the gridlock of a 3-3 party-line split, and a lack of interest by Republican-appointed commissioners in enforcing the law.

“The rules aren’t being followed, and that’s destructive to the political process,” Ravel said, making it clear that election rule-breaking would probably go unregulated.

“Imagine if the head of a police department declared, ‘we’re not going to enforce the laws in this city,’” John Bonifaz of Free Speech for People told WhoWhatWhy in response to Ravel’s remarks. “We have candidates who feel they don’t need to comply because no one will come after them.”

How They Get Away With It

On November 13, the FEC failed to issue a ruling in response to evidence of behind-the-scenes coordination between political candidates and the Super PACs from whom they are supposedly independent.

“The Commission could not approve a response [on whether some Super Pacs were violating FEC regulations] by the required four affirmative votes,” says the statement issued by the commission’s chair, Ann Ravel.

Despite hundreds of thousands of people having donated money to different campaigns, more has come from just 158 sources than from the rest of the country combined.

“The operatives running Super PACs on behalf of candidates can push some legal bounds with even more confidence,” wrote Tarini Parti of Buzzfeed, in commenting on the Commission’s failure to respond. The permanently deadlocked FEC has proven itself to be just as toothless as Ravel warned it would be.

Jeb Bush was conspicuously late  in announcing — officially — that he was running. And he didn’t file the necessary paperwork until June 15.  By that time, he had already been traveling the country for months, meeting with  donors, and appearing on TV political talk shows.

Why the delay in announcing his candidacy? Current campaign finance rules prevent candidates from officially coordinating with Super Pacs. By not officially declaring himself a candidate, Bush was free to raise enormous sums of money directly for “his” Super PAC — money that the Super Pac has since been freely spending in support of the no-longer “reluctant” candidate.

In one interview on May 13, Bush momentarily forgot how this worked. “I’m running for president in 2016,” he said, before catching himself and backpedaling to insert “if I run” in the same sentence.

When the fundraising disclosures for the third quarter of 2015 were released, the numbers showed just how skewed toward the super rich the system has become. Despite hundreds of thousands of people having donated money to different campaigns, more has come from just 158 sources than from the rest of the country combined.

A few billionaires have paid for the majority of all campaign spending in this cycle, contributing massive sums to both parties.

The makeup of this powerful minority is hardly surprising. As the New York Times reported, “they are overwhelmingly white, rich, older and male, in a nation that is being remade by the young, by women, and by black and brown voters.”

If money is, as the Supreme Court insisted, the same as speech, then 158 families have shown themselves to account for more than half of the free speech in this country’s political discussion.

Want to know what Carly Fiorina is up to? It is surprisingly easy — you can just look at the Google Calendar her campaign has made public.

The calendar has been part of her campaign’s strategy of letting the former CEO’s Super PAC take charge on seemingly every aspect of her campaign. The rules say her campaign organization and the Super Pac cannot coordinate officially. But when the information communicated between the two is published for everyone to see, any linkage that results is considered above board.

For example, the calendar leaves plenty of gaps for someone — and whoever could that someone be? — to plan events that Fiorina could just happen to attend, along with a full complement of staffers, handouts, and advance planning by some outside group.

All that the official campaign has to do is show up. In other words, any outside group that wants to spend unlimited money to help Ms. Fiorina’s candidacy can do so knowing that their plans will dovetail perfectly with her schedule — and without violating the letter of the FEC”s “non-coordination” regulation.

Official rules may prevent campaigns from coordinating directly with Super PACs. But in setting up Correct the Record, a spin-off organization from the American Bridge Super PAC that supports Clinton, her campaign found another workaround.

The group has taken advantage of FEC rules that protect certain free internet publications — blog posts, Twitter and Facebook activity — from government regulation. The Super PAC has been doing just that, posting pro-Clinton information online while coordinating with the official Clinton campaign — and doing it with the unlimited fundraising power created by the Supreme Court.

Super PACs backing Ted Cruz have raised more than $38 million in support of his bid — more even than his official campaign has. Yet, bizarrely, the Super PAC had by early November spent very little of this money on ads.

Politico reported on this curious fact on November 2. The story told of “confusion and growing consternation inside the Cruz campaign” at the lack of campaign ads from the Super PACs. It noted how calls from a reporter actually prompted Super PAC personnel to hop into action, with one even promising,  “I can reserve money [for TV ads] when I hang up with you.”

This is a pretty obvious example of how coordination works when you are not supposed to officially coordinate. If you communicate publicly through a third party, like, say, a magazine, you don’t have to follow any rules at all.

Jeb Confuses his Campaign for his Super PAC

If keeping track of where campaigns end and Super PACs begin is confusing to you, you are certainly not alone. Jeb Bush got mixed up about the difference between the people he works with every day and the Super PAC that his campaign is supposedly “not coordinating” with.

He caught himself, but maybe he got it right the first time. When Bush said “we,” maybe he was just referring to the whole campaign, not just the official part.

To make sure Super PACs don’t coordinate with the candidates they support, the FEC forbids any Super PAC from having the name of a candidate in its title. The Commission sent a letter to the Carly For America PAC asking the group to change its name to avoid even the appearance of coordination.

Carly For America did not change its name. It just turned it into an acronym: CARLY for “Conservative Authentic Responsive Leadership for You and for America”. According to the Super PAC, there should be no confusion about whether this group is coordinating with anyone.

Americans have trouble agreeing on anything, but poll after poll shows that nearly four out of five respondents agree that the Supreme Court decision allowing for unlimited spending on elections by corporations was a mistake.

According to a Bloomberg poll released September 28, Americans from both parties overwhelmingly feel that the campaign finance system needs to be fixed, and nearly nine of ten said the system needs  reforming.

One of the legal tenets upon which the Supreme Court ruled in 2010, overturning campaign finance limits for corporations, was that “independent expenditures do not lead to, or create the appearance of, quid pro quo corruption.”

But with so many Americans convinced that the game is rigged, the naivete of the Court’s reasoning in the Citizens United case has been all too vividly exposed.

Even Justice Kennedy Has Second Thoughts the System is Not Working

Justice Anthony Kennedy, who wrote the majority opinion in Citizens United v. FEC, claimed that disclosure rules, made easier by the internet, would guarantee that all these unlimited campaign contributions would be handled reasonably, allowing the electorate to keep politicians and donors in check.

Just five years later, even he admits that the disclosure requirement is “not working the way it should.” He told Martha Minow, Dean of Harvard Law School that the way money has influenced politics in this election was not what he had in mind.

When even the architect of the current campaign finance system says it is not working, it’s hard for anyone to argue against reforming it — except for the super rich, the corporations, and their candidates.