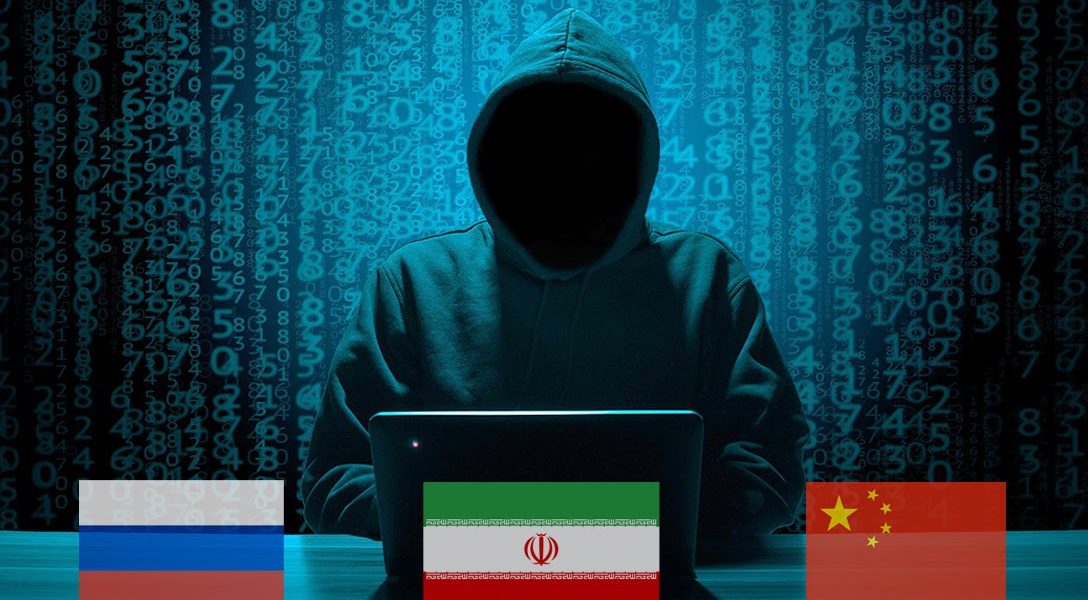 Russia, China, and Iran Show Interest in the 2020 Election

Flush with cash, Joe Biden has been plowing millions of dollars into a wave of last-minute advertising, much of it on Facebook, which most political experts think now offers more bang for the buck than TV commercials. Biden is late to the game. According to US intelligence agencies, Russia, Iran, and China realized the power of social media long ago, and they have been involved ever since. What makes the current situation dramatically different is that all three players have very different objectives. Russia and China, especially, have very different objectives. Russia is interested in disruption. China wants considerably more.

In this context, Iran is relatively new to the assortment of foreign players out to influence American voters. Intelligence officials say that the Iranians apparently obtained voter registration lists that are relatively easy to access and then sent emails purporting to be from the Proud Boys to potential voters, threatening anyone who voted the wrong way.

“We know who you are and where you live,” the messages said. The campaign may have been a crude attempt to stir anger against Donald Trump, who has repeatedly shown a personal vulnerability in his unwillingness to distance himself from white supremacist groups. With Trump’s trashing of the Iran nuclear deal, his strengthening of sanctions, assassination of one of the leading figures in Iranian intelligence, and his unqualified support for Israel’s Benjamin Netanyahu, the Iranians have more than enough reason to hate Trump. Ironically, the awkward Iranian intervention may actually have helped the White House by providing some badly needed talking points on foreign election meddling that was not intended to boost Trump.

The preponderance of intelligence experts, nevertheless, still believe that when it comes to election meddling, Russia is the 800-lb gorilla in the room. All indications are that the gorilla still favors a Trump victory.

It is no secret that during the 2016 election, the Russians went all out in their efforts to help nudge Donald Trump across the election finish line. That campaign involved buying political ads on Facebook and Twitter, and employing a wide range of hackers with bizarre names ranging from Guccifer 2 to Berserk Bear, Cozy Bear, and Crouching Yeti. These hackers were hired to pilfer tens of thousands of emails from the Democratic National Committee and to make sure that the really embarrassing ones reached American media via WikiLeaks. At the same time, a team of imaginative impersonators from the Kremlin’s Internet Research Agency penetrated various American social media discussion groups, peppering the conversation with outrageous comments intended to further polarize an already polarized population.

When you add up the damage, Trump obligingly alienated most of America’s traditional allies, trashed NATO and the World Trade Organization, deconstructed the US State Department, violated or carelessly discarded US treaties, dismissed the United Nations, raised serious doubts about the viability of democratic governments, challenged the wisdom of allowing everyone free speech, and cleared the way for Russia to do whatever it wanted in the Middle East.

US intelligence officials now believe that the Russians are at it again. They know this because they’ve been trolling the Russian internet just as Moscow has been meddling in ours. General tactics appear to have changed, however. So many whacked-out conspiracy theories and such general craziness have emerged from American social media during the Trump administration that the Russians don’t really need to depend on fake American identities anymore. All they need to do is to take the most lunatic postings on Facebook and Twitter and repeat them in strategic locations as often as possible. Facebook algorithms automatically fuel the controversy. Each outrageous post triggers an exhilarating dollop of dopamine which enhances the addiction and makes the user crave more. It doesn’t take much effort, and intelligence experts warn against crediting these operations with more influence than they really have.

The most obvious motive for Putin preferring Trump as president is very likely his utility as a “useful idiot.” Until Trump, the US was seen by competitors, and particularly by Russia, as the ultimate superpower, an imposing economic giant with a knack for arbitrarily imposing its will on the rest of the globe.

Trump fit the bill as an antidote in the form of a “loose cannon.” In the old days of sailing ships, when a cannon broke loose from its ropes during a storm, it was likely to careen across the deck, destroying everything in its path. In the last four years, Trump has played the part admirably. While loudly proclaiming his favorite slogan, “Make America Great Again,” Trump’s policies, or to be more accurate, his total lack of any policy at all, effectively closed the curtain on what had been seen as the American Century.

By nudging Trump into the presidency, Vladimir Putin, in fact, succeeded where the former Soviet Union had failed during the Cold War, and it didn’t require launching a single ICBM.  When you add up the damage, Trump obligingly alienated most of America’s traditional allies, trashed NATO and the World Trade Organization, deconstructed the US State Department, violated or carelessly discarded US treaties, dismissed the United Nations, raised serious doubts about the viability of democratic governments, challenged the wisdom of allowing everyone free speech, and cleared the way for Russia to do whatever it wanted in the Middle East.

In all fairness, Putin basically gave the US a gentle shove in the direction in which it had been headed all along. Much of the international system and many of the institutions which the United States had painstakingly put into place after World War II have struggled to adapt to the evolutionary changes of an increasingly globalized world. Dynamically emerging economies, such as Brazil, Argentina, and India, have found it increasingly difficult to find a seat at the table when it comes to deciding global strategy, and it is clear that radical adjustments will need to be made. All that was required to take the US down a peg or two was to give Trump a gentle election boost with a bit of inflammatory dialogue on social media fed by Internet espionage and topped off with a heavy dose of conspiracy-laden disinformation. The eccentricities of the Electoral College did the rest.

While the US has dabbled in psychological warfare from time to time, it has never treated it as seriously as Russia has. From the early days of the Soviet Union, Russian strategists considered political commissars to be a critically important component of the Red Army. Almost immediately, disinformation was treated as an essential part of the Russian arsenal. It played a critical role in Russian subversion of Eastern European governments that resulted in creating the Iron Curtain after the end of World War II.

What makes current Russian disinformation efforts different from those in the bad old days is modernization. The Ukraine seems to have served as a testing ground for a number of new concepts, which foreign spinmeisters, like Paul Manafort, helped shape. As a result, we now have RT, a stylishly modish acronym for Russian Television. Unlike Radio Moscow, which hardly anyone listened to, RT models itself after Fox News and Al Jazeera, mostly by offering a convincing blend of straight news mixed in with a heavy dose of politically biased commentary and outright propaganda. The Russians may have been naive about media before. They are not naive anymore.

With Trump apparently on the way out, it is questionable whether the modern Russian propaganda machine really cares who wins the 2020 election on November 3. Trump has done pretty much all the damage he can. All that is needed to continue to weaken American credibility now is to stir the flames of controversy on Facebook from time to time and make sure that America remains divided against itself.

The challenge posed by China is different. The White House might like to see the Chinese as a serious threat, and the president’s ham-handed efforts to characterize the coronavirus pandemic as a Chinese plague — despite the fact that the virus which hit the US most likely came by way of Europe — can certainly be seen as a motive for China hating Trump, but the fact is that Chinese interests are very different from those of Russia.

To begin with, while the Russians can see an advantage in disrupting what they see as US hegemony, the Chinese favor stability and predictability. It was, after all, American business that initially transferred much of its manufacturing capacity to China in order to take advantage of cheap labor, but the Chinese are now just as trapped as Americans in a relationship that is hard to escape. What’s the point of being a manufacturing giant, if you are excluded from the one market most likely to buy your goods?

In contrast to the Russians, China has a vested interest in the US succeeding. More than that, the Chinese are really after technology, and for all its other problems, the US is still a leader. Joe Biden is right when he says that developing alternative energy is the industry of the future, but even more than that, the Chinese want access to the US in order to develop what they see as the real key to the future: artificial intelligence. For that they need access to Silicon Valley and other centers for research. The Chinese may be just as active as the Russians in exploring America’s alleyways on the internet and social media, but their overall objective is far more centered on collecting and understanding what Americans think and know than it is on influencing an election. As for the Iranians, they’re new to the game. They are still trying to figure it all out.