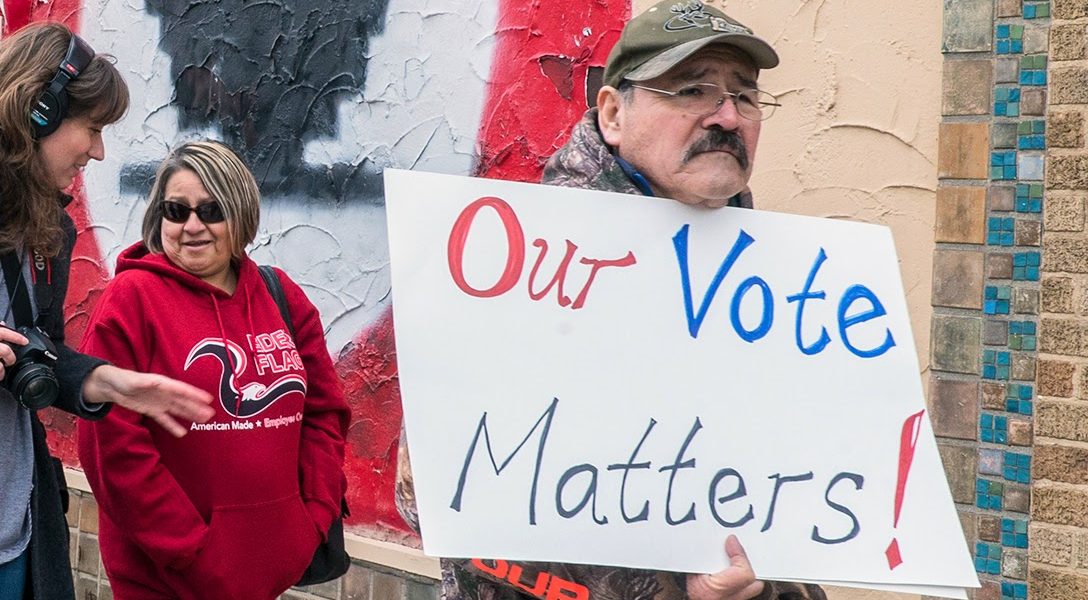 Republicans Hunt for Fraud in Wisconsin

Attacking 1,850 people scattered throughout Wisconsin in both Democratic and Republican strongholds makes the job of challenging the state’s election results more difficult, whether you’re President Donald Trump or any other candidate unhappy with an outcome.

But now, with Trump trailing by 20,000 votes, Republican Assembly Speaker Robin Vos has directed an Assembly committee with investigatory powers, including the ability to issue subpoenas, to review the way the presidential election was administered.

Vos’s statement about his directive to the Assembly Committee on Campaigns and Elections highlighted GOP concerns about “mail-in ballot dumps and voter fraud.”

“There should be no question as to whether the vote was fair and legitimate, and there must be absolute certainty that the impending recount finds any or all irregularities,” Vos stated.

“From my standpoint and the standpoint of anybody that observes the process, it was a relatively smooth Election Day,” Heck said.

It appears that none of the potential problems that observers worried about before the election — such as voter intimidation at polling places, lack of personal protective equipment, or malfunctioning machines — occurred on Election Day. There is also “absolutely no evidence of fraud or malfeasance,” Heck said.

Yet even before Vos issued his directive, Heck predicted that right-wing groups would take aim at Wisconsin’s election system. “They’re already trying to undermine the process,” Heck said. “They’re claiming, without any evidence, that there may have been malfeasance and things going wrong in Milwaukee.”

Heck said the critics, including Trump, focus on two elements: The first is the counting of absentee ballots at polling places; the second is the use of central counting locations by 39 municipalities in 14 counties that include both Democratic and Republican strongholds.

“Everyone in Wisconsin knew the in-person ballots would be counted first and that in Milwaukee County and other counties, they would be counted at a central counting place separately and later,” Heck said. “Now people are suddenly saying it is evidence of fraud.”

Wisconsin’s decentralized election system is administered by 1,850 municipal clerks for townships, villages, cities, and counties. Democrat Tim Cullen, former Wisconsin Senate majority leader and a long-time force in Wisconsin politics, said it would take an “army” of municipal clerks to come together to run a crooked election.

Cullen said it’s difficult to challenge Wisconsin elections because they’re “done right in the first place,” which is why few votes change in recounts, a point reinforced even by former Republican Gov. Scott Walker, who noted on Twitter that a 2011 recount shifted just 300 votes, while a recount in the 2016 presidential race shifted only 131 votes.

Cullen said unverified rumors about “shenanigans” are not enough to mount a legal challenge to an election in court. But Vos’s committee action directive sidesteps the courts and shifts the investigation to Wisconsin’s Republican-controlled Legislature.

The morning after the election, WEC Director Meagan Wolfe said in an online video briefing that it would be “insulting to our local election officials” to say the election was “anything but an incredible success that was a result of years of preparation and meticulously, carefully following the law.”