Seniors line up to vote on the second day of early voting in Hollywood, FL, for the 2020 election. Photo credit: © Orit Ben-Ezzer/ZUMA Press Wire
Elections

Republican Voting Restrictions Hit Their Own Base

Florida Republicans recently enacted severe restrictions on the voting process following the unfounded claims of fraud in the 2020 election — but experts say Republican voters may end up as collateral damage.

“[Republican legislators] have stated that they think it will help them. They have been very transparent that they are doing it for political reasons … but it certainly will impact Republican voters also,” said Cecile M. Scoon, president of the League of Women Voters of Florida.

Experts on voting rights are in agreement that these restrictive bills will have a disparate impact on communities of color and low-income communities. Republicans are of the belief that, since these communities typically vote for Democratic candidates, making it harder — or near impossible — for these communities to vote will result in a political win for them. But did Florida Republicans miscalculate here?

“We certainly are concerned about a disparate impact on voters of color and other voters in marginalized communities, but especially mail voting, prior to last year’s election, was disproportionately used by Republican voters,” said Ryan Snow, a voting rights attorney with the Lawyers’ Committee for Civil Rights Under Law.

In particular, the heavy restrictions on mail-in voting and dropboxes will make it harder for elderly voters and voters with disabilities to cast their ballots. And in Florida, where Republican politicians have been advocating for mail-in voting for decades, it’s almost counterintuitive.

In 1988, a late batch of mail-in ballots put the Republican candidate for Senate over the top, breaking 3-to-1 for Connie Mack after television networks called the race for Democrat Buddy MacKay. Since then, Florida Republicans have not had the same suspicions about mail-in voting that those in other states have, led by former President Donald Trump. 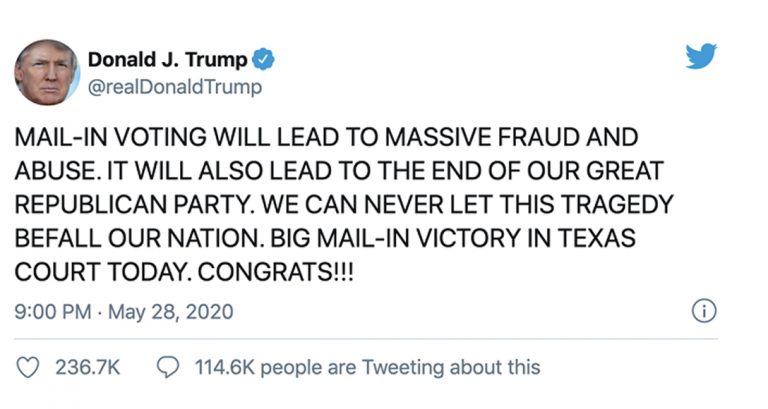 But despite Florida Republicans’ affinity for mail-in voting, they fell in lockstep with their leader, passing a sweeping “election integrity” bill on April 29, 2021. The bill makes it a crime to provide food or water to voters standing in line, requires voters to apply every election cycle for a mail-in ballot instead of every four years, and restricts dropbox use to early voting hours — provisions that are vastly unpopular.

“We spent time and energy, in the League and many other voter registration organizations, teaching people that they could do it every four years,” Scoon said. “It’s just hard for people to keep up with all the changes, especially when the changes are more limiting.”

“Anti-voter politicians passed these laws in part to, quote-unquote, ‘increase voter confidence’ in elections — which, of course, the lack of confidence they’ve created themselves about electoral fraud and voter fraud. It’s simply nonexistent in any meaningful way.” — Voting Rights Attorney Ryan Snow

Previously, voters who applied to vote by mail had their ballot sent automatically to them for every election for two full election cycles, or four years. Snow said this helps increase turnout by informing voters of smaller elections that may not get as much attention.

“This is a provision that older voters, all types of voters in Florida take advantage of,” Snow said. “They might not be as aware of a local election, because the media’s not talking about it, so they’re not hearing about it as much, but it’s every bit as important to vote in an election for school board or other local positions. And they would get that ballot in the mail automatically, so it also reminds them, ‘OK, there’s an election, I’m going to turn in my ballot, relatively easily I can mail it back or go and drop it off.’”

Republican operatives are particularly concerned about the impact on elderly voters, voters with disabilities, and members of the military, all of whom disproportionately use mail-in ballots; older voters and military voters in particular skew conservative.

“It is a concerning trend that more and more states are starting to restrict access to the vote instead of expanding it, really moving in the wrong direction,” Snow said. “People don’t want it to be hard to vote. When you tell someone, ‘You’re going to have to take an extra step or do this other thing,’ a lot of the question is, ‘Why? Why are you making it harder for me to vote to hold you accountable?’”

So why are Republican lawmakers so eager to enact severe restrictions on voting rights, especially when the restrictions could hurt their own base?

Snow said it all comes back to “The Big Lie” — the unfounded, disproven claim that Donald Trump would have won the 2020 election were it not for extensive voter fraud. 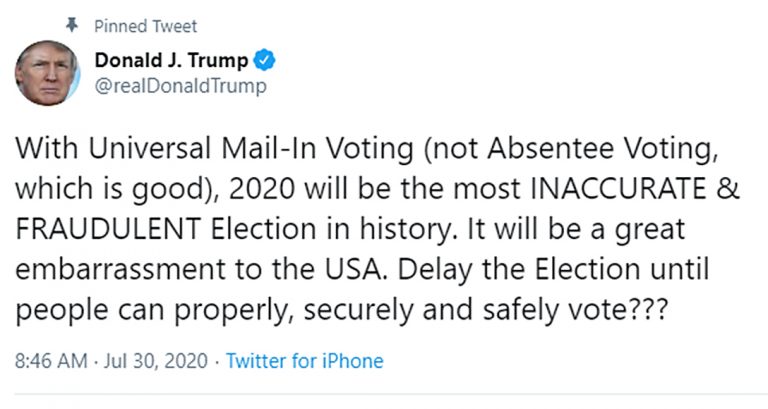 “Anti-voter politicians passed these laws in part to, quote-unquote, ‘increase voter confidence’ in elections — which, of course, the lack of confidence they’ve created themselves about electoral fraud and voter fraud. It’s simply nonexistent in any meaningful way,” Snow said.

Here’s how it happened: Months ahead of the November election, Trump made the baseless claim that if he lost, it would be due to voter fraud.

This sentiment was then adopted by the rest of the Republican Party, setting it up so they could claim voter fraud if they simply did not like the outcome of the election. They sowed seeds of doubt in people’s heads, which they then used to pass voter suppression legislation on the basis of fraud — the fear of which was based solely on their own unfounded claims.

“This is pretextual,” he said. “This is absolutely an excuse or pretext to pass these laws, which are designed to limit access to voting in a way that has a disparate impact on voters of color and low-wealth voters who have fewer resources to overcome these additional burdens.”

Republicans across the country are making the gamble that these restrictive bills will hurt Democratic voters more than it will hurt Republican ones — but in places like Florida, the gamble may not play out in their favor.