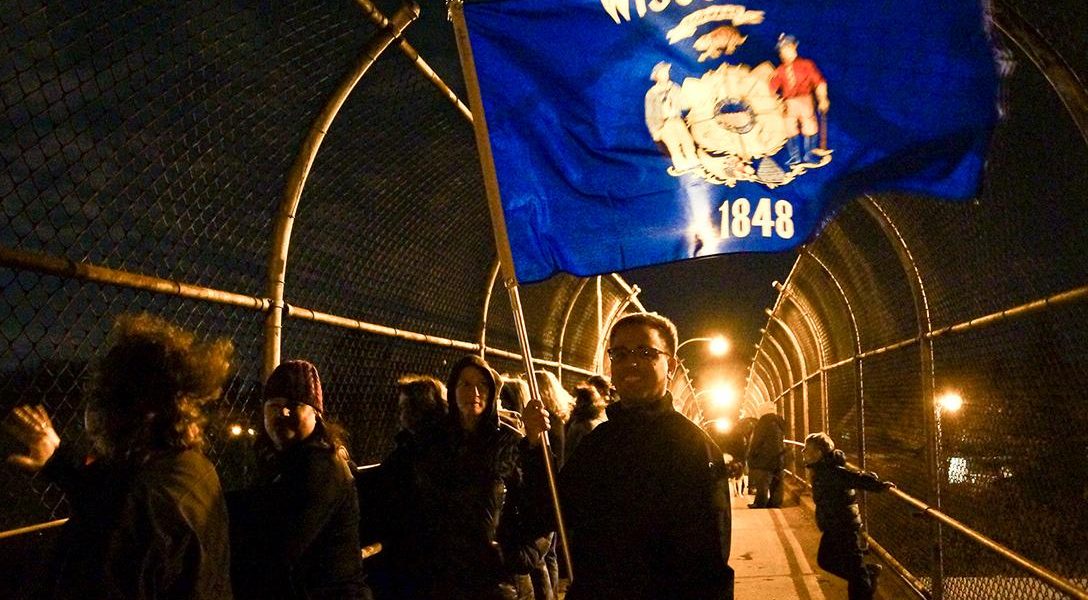 The recount in Wisconsin is set to begin Thursday, but election integrity experts say the only way it will reliably reveal foul play is if all ballots are counted by hand. However, in a hastily-arranged hearing late Tuesday night, a judge, while agreeing that a manual recount is preferable, rejected a lawsuit by Green Party presidential candidate Jill Stein that would have required such a manual recount. She based her decision in part on a state law pushed by Republicans that leaves decisions on recount methods up to the counties. The judge also said she did not see solid proof of miscounts that would alter the election.

The judge noted that “a recount isn’t a threat,” adding “instead, it should be an affirmation of the democratic process and I think we can all agree that a hand recount is the gold standard, it is the best we can do. I don’t think there is any dispute to that.”

Attorneys representing the Jill Stein campaign, Matthew D Brinckerhoff and Debbie Greenberger, argued that the state could easily do a hand recount by the federal deadline of Dec. 13. Of the 72 counties in Wisconsin 19 have reported wards that want to use the tabulating equipment rather than hand count. The largest county, Milwaukee, and fourth largest, Brown are included in those. Dane County, the second most populous, is hand counting and expects to be finished on time.

After initially keeping its distance from the recount, Hillary Clinton’s campaign now appears to have fully joined the fight. Attorneys for Clinton joined Stein’s after filing Tuesday to intervene in support of the hand count. Clinton’s attorneys pointed out how in 2010 Minnesota had been able to conclude a statewide hand recount of the governor’s race in five days.

Most counties in Wisconsin use optical scan voting machines. Voters fill out their ballots, which are then scanned and preserved. Experts warn, however, that simply repeating that scanning process would not tell election officials whether the machines had been hacked. That could only be determined by a manual count of the ballots themselves. This process would also get a more accurate result with regard to ballots that had not been filled out correctly, e.g., if a voter used a checkmark instead of filling in the bubble next to the candidate’s name.

In an affidavit accompanying Stein’s recount petition, J. Eric Halderman, a professor of computer science and engineering and director of the Center for Computer Security and Society at the University of Michigan, noted that this year’s election was “subject to unprecedented cyberattacks apparently intended to interfere with the election.” Halderman described how a hacker could manipulate a voting machine and noted that Wisconsin is one of several states using outdated equipment.

“The only way to determine whether a cyberattack affected the outcome of the 2016 presidential election is to examine the physical evidence — that is, to count the paper ballots and paper audit trail records, and review the voting equipment, to ensure that the votes cast by actual voters match the results determined by the computers,” Halderman stated. “For ballots cast through optical scanners, a manual recount of the paper ballots, without relying on the electronic equipment, must occur.”

On Tuesday evening, Halderman stressed that if the election using optical scanners was flawed, then a recount using the same process would be flawed as well.

“The same vulnerabilities that were present on election day continue to exist in the voting machines because they are the same technology, the same model and for that reason the machines are just as subject to hacking now as they would have been prior to the election,” Halderman testified.

Judge Bailey-Rihn encouraged counties to use a hand count even though she could not mandate them to do so.

“I’m going to allow the 19 counties to do the recount the way that they intended,” Bailey-Rihn said in closing, “Again, I think everybody would strongly encourage them to do the hand recount but it is their decision.

Experts supporting Stein’s lawsuit believe that allowing some counties to use anything other than a hand recount would taint the process.

“If the paper records have been preserved intact, checking the electronic results against manual inspection of the underlying paper records can reveal tabulation and aggregation errors of all kinds, even if the software has bugs or has been hacked,” said Philip Stark, associate dean of Mathematical and Physical Sciences and director of the Statistical Computing Facility at the University of California, Berkeley, in an affidavit supporting the lawsuit.

The Wisconsin Elections Commission (WEC) had said in a unanimous decision that it is up to each county to decide whether it wants to conduct a manual recount or just re-scan the ballots.

A Wisconsin elections integrity expert told WhoWhatWhy that most counties are expected to conduct a hand count and have been encouraged to do so by WEC.

Counting an individual race by hand is not as difficult as it might sound, the Wisconsin expert said. To do a machine count, however, is more difficult because the voting machines have to be reprogrammed so that they only count the presidential race. By law, it is forbidden to recount the other races as well.

These voting machines are similar to cell phones in that they have some software built in, which election officials don’t touch, while other programming is configured before use in an election. Prior to the recount, local officials would have to do the reprogramming, or the task would be delegated to someone sent by either the machine’s manufacturer or a hired support company. The new program would then have to be tested before the ballots could be scanned individually.

As a result, it does seem easier to count ballots by hand — if perhaps somewhat more labor-intensive for elections workers. But Stein is already agreeing to pay for their efforts. It will be interesting to hear the justifications by county officials who decide against that option. One reason, of course, would be to cover up election fraud — or embarrassing errors.

In the end, public clamor for hand recounts may prove decisive.