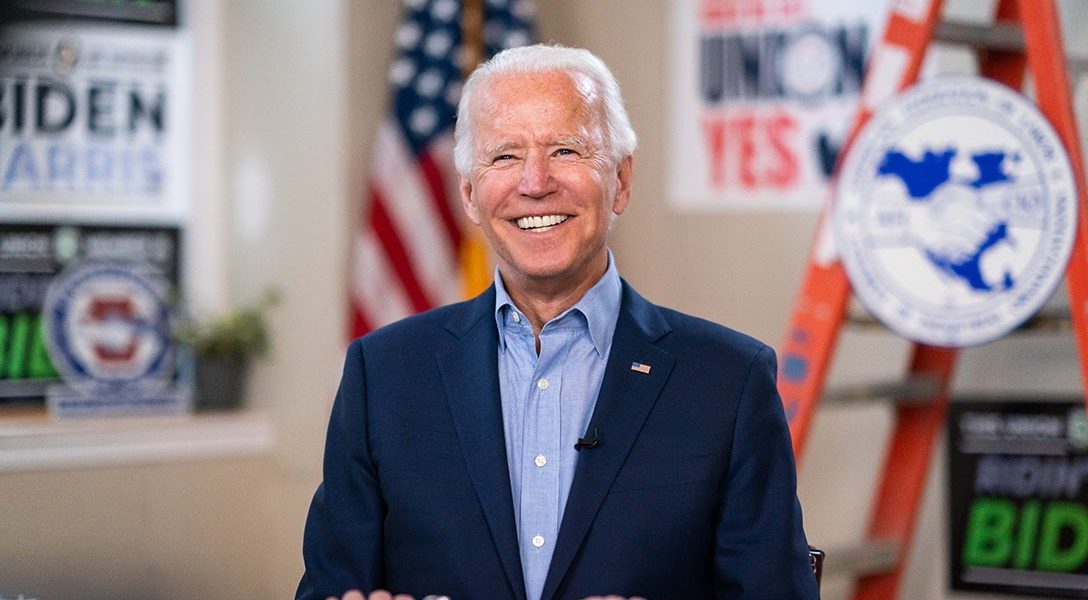 It’s not hard to understand why both Joe Biden and Donald Trump have made repeated trips to Pennsylvania in recent months. In 2016, Trump carried the state by roughly 44,000 votes, a slim margin, considering that around 5.9 million Pennsylvanians voted in the 2016 election. This time around, Biden has a number of advantages that Hillary Clinton did not have.

Biden, who comes from a working-class background and favors unions, resonates with many Pennsylvanians. He was born in Scranton, PA, a hardscrabble town on the Delaware River. He spent most of his political career in Delaware, but anyone who lives in the region knows that much of Delaware could easily be mistaken for a suburb of Philadelphia.

The stakes are high. The political website FiveThirtyEight, which is usually adept at forecasting election outcomes, predicts that if Trump were to carry Pennsylvania, he would have an 84 percent chance of winning the national election. If  Biden captures Pennsylvania, FiveThirtyEight rates his chances at 96 percent.

Pennsylvania’s importance stems from the fact that while over 245 million Americans will be eligible to vote on November 3, a large part of the electoral map is already fixed solidly in either the red or blue camp. Experts estimate that less than 7 percent of the electorate is still undecided. The voters likely to count the most are in swing states that are still up for grabs. How these states vote will very likely determine the election outcome. With Republican prospects diminishing in Wisconsin, attention to how Pennsylvania votes has increased dramatically. Donald Trump made no fewer than five trips to the state in just one month.

As everyone should know by now, it is the electors from each state — not the voters themselves — who actually get to vote in the Electoral College for the president. Although the candidates’ names are on the ballot, each state chooses its electors in a winner-takes-all process (only Maine and Nebraska are exceptions) according to which candidate gets the most votes. Thanks to the eccentricities of the system, Republicans have lost the popular vote in recent elections, but still managed to win the presidency.

Donald Trump has managed to use the system to empower the less populated rural states to impose their demands on the densely packed urban populations which tend to vote Democrat.

Originally created to keep the larger states from riding roughshod over less populous states, the tables have now been turned, and Donald Trump managed to use the system to empower the less populated rural states to impose their demands on the densely packed urban populations that tend to vote Democrat.

Pennsylvania finds itself in the middle of this scenario. Its importance stems from the fact that it has 20 electors. Though other states have more — California gets 55, Texas has 38, and New York 29 — the outcomes in those states are fairly predictable. California and New York will almost certainly vote Democratic, while Texas usually votes Republican. With Pennsylvania, the outcome is harder to predict, and that makes it a prize worth fighting for.

The Democrats also have a number of built-in advantages when it comes to Pennsylvania. Over  900,000 more Pennsylvania voters have registered as Democrats (4.1 million) than Republicans (3.2 million). Another 702,482 potential voters list themselves as Independent. The state government is also divided. The state legislature tends to be liberal Republican, while the governor, Tom Wolf, who earned his PhDs studying the US Congress, is a Democrat.

Pennsylvanians themselves often refer to the state’s split personality as “Pennsyl-tucky.” The cities — Philadelphia, Pittsburgh, and Harrisburg — tend to have diverse populations that are generally liberal on most issues, and they usually vote Democratic. The rural parts of the state have a closer resemblance to the hills of Appalachia. They tend to be white and non-college-educated, and to vote Republican.

Trump’s key weakness is that he failed to deliver on most of his promises. The towns that were depressed when Trump appeared on the scene are just as depressed today.

Trump’s appeal in 2016 resulted from what many Pennsylvanians saw as a refreshing willingness to abandon political correctness and to identify the economic problems resulting from a shifting global economy that had pulled the rug out from towns depending on steel, coal, and manufacturing.

Trump’s key weakness in this election is that he failed to deliver on most of his promises. The towns that were depressed when Trump appeared on the scene are still struggling today, maybe more so because of the COVID-19 pandemic.

In the meantime, a host of other concerns have developed. Philadelphia, which experienced a slump when most manufacturing moved overseas, has since reinvented itself as a high-tech center for medicine and education. The city has managed so far to limit the worst effects of the COVID-19 pandemic. Trump’s failure to provide leadership or assistance to the states has made a stronger impression here than elsewhere, and it has not gone over well. His refusal to advocate wearing protective masks and to not guarantee a reliable supply of Personal Protective Equipment has marked him as someone who clearly doesn’t know what he is talking about. Trump’s insistence on holding political rallies with no regard for social distancing — the most recent one last Saturday in a crowded hangar at Harrisburg International Airport — drew condemnation from Wolf, who accused Trump of risking the spread of the novel coronavirus.

Philadelphia is an extraordinarily diverse city. In a population of 1.5 million people, just over 43 percent are African American, slightly more than 34.3 percent are white (non-Hispanic), roughly 15 percent are Latino, and a bit more than 7 percent are Asian — mostly Vietnamese, Cambodian, and Chinese. To say that Trump’s increasingly racist remarks do not sit well is an understatement. His attempts to use ICE attack teams to harass Hispanic citizens have caused even more resistance. Philadelphia’s mayor, Jim Kenney (D), summed up the city’s general attitude when he told a press gathering on camera, “If Donald Trump ever had to go back to where he came from, he would go to hell.”

So far, Trump has been running anywhere from 4-8 percentage points behind Biden in the polls.  Apparently aware that they are losing, Republicans have turned to a number of delaying tactics in hopes of reducing voter turnout. Estimates are that Democrats are twice as likely to vote by mail as Republicans.

Pennsylvania state law does not permit mail-in ballots to be opened before election day. That has led to phenomena that political analysts refer to as the “red mirage” and the “blue shift.” Early election results tend to favor Republicans, but as the mail-in ballots are counted, the tally shifts toward the Democrats. Election officials, who are usually occupied tallying up the ballots cast on Election Day, usually don’t start counting mail-in ballots until the day after the election.

A Republican appeal to Pennsylvania’s Supreme Court to put on hold an earlier decision, which permitted counting mail-in ballots up to three days after Election Day, was rejected, but the GOP is now expected to take its case to the US Supreme Court. If Amy Coney Barrett’s nomination to the Supreme Court is pushed through before the election, as both Trump and Mitch McConnell plan, the GOP would very likely prevail. The Republican argument against extending the period in which votes can be counted is that the Constitution specifies that votes have to be cast on Election Day and that the Pennsylvania Supreme Court lacks the standing or authority to introduce changes to the system.

Another concern is that this will be the first time that most Pennsylvanians will be able to vote by mail without providing an excuse. Lisa Deeley, who chairs Philadelphia’s Board of Commissioners, is concerned that many first-time voters won’t understand the two-envelope system, in which the ballot is placed inside an unmarked envelope, which is then sealed and placed inside another envelope which shows the postage and address of the election board.

The system, which is used in 16 states, is intended to guarantee anonymity, but since most envelopes are now opened by ballot sorting machines, it seems unnecessarily complicated. In a general election in 2019, 6.4 percent of 3,086 ballots cast in Philadelphia were rejected because voters forgot to place the ballot in an inner envelope. Extrapolating that error rate to the entire state could mean that up to 100,000 ballots might be rejected. During the primary election in June, some Pennsylvania election boards, anxious to speed up the counting process, accepted mailed-in ballots even though they were only enclosed in a single envelope. A recent court decision means that election boards won’t have that option this November. Deeley said that a ballot extraction machine can process 12,000 ballots an hour when two envelopes are used. If ballots were enclosed in a single envelope, the machines could process 24,000 ballots an hour and scan 32,000.

Those who vote in person are also likely to encounter problems. During last June’s primary election, Philadelphia had 77 percent fewer polling places than in 2016. (This is not unique to Philadelphia. For instance, Milwaukee, which normally has around 200 polling places, had only five during its primaries.)

Given the threat from the COVID-19 pandemic, voting by mail obviously makes sense, but Republicans have not made things any easier. Trump’s postmaster general, Louis DeJoy, took some 30 high-speed mail-sorting machines offline in Pennsylvania recently, and USPS collection boxes have begun mysteriously disappearing. That coincided with Trump’s vocal campaign to raise doubts about voting by mail.

In an effort to keep local election officials from discarding mail-in ballots because of minor signature differences, Pennsylvania’s secretary of state, Kathy Boockvar, a Democrat, issued orders barring on-the-spot signature analysis. Boockvar’s explanation was that barcodes on the ballots sent to voters are proof that the signatures have already been verified.

Democrats have reason to be on guard. In 2019, during an election for a county judge, the Democratic candidate was originally reported to have received 164 votes out of 55,000 that had been cast. It turned out that the candidate had actually won 1,000 votes more than the Republican candidate, but a third of the new touchscreen voting machines had been badly calibrated and didn’t tally the votes correctly. The error was caught because the machines had produced paper copies of the ballots. Wolf has stated that all the state’s voting machines will be required to produce paper ballots so that votes can be verified, if needed.

The Washington Post recently divided the state into seven different zones, each with its own election forecast. Philadelphia and the suburbs extending toward the Delaware border in the southeast are likely to vote Democratic. In the 2018 midterm elections, some of the western counties doubled down on Trump. The current predictions are that Biden could sweep the state in a landslide, or it could just as easily be a close call. The most fluid part of the state, and the one most likely to go either way, is the northeast. That includes Scranton, Biden’s birthplace. That alone constitutes a not insignificant obstacle for Trump to overcome.