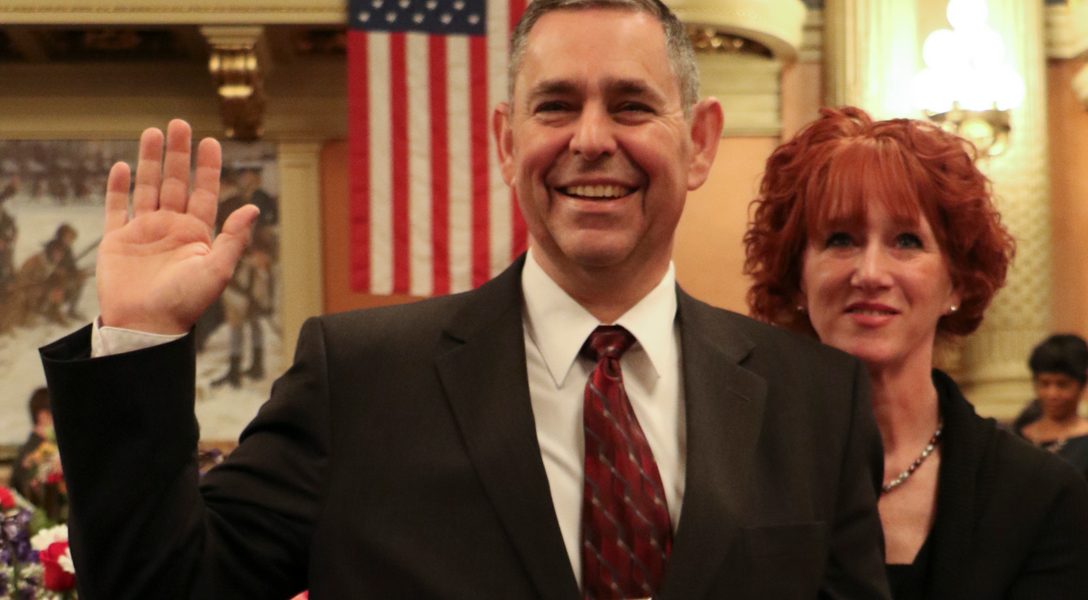 President Gerald Ford once famously said that “an impeachable offense is whatever a majority of the House of Representatives considers [it] to be at a given moment in history.” Pennsylvania’s Republican lawmakers apparently believe that disagreeing with them is sufficient grounds for impeachment.

Twelve Republican lawmakers filed legislation on Tuesday to impeach the four Democratic justices on the seven-member Pennsylvania Supreme Court who, in January, ruled the state’s congressional map was unconstitutional.

Specifically, the court said the map that Republicans had drawn in 2011 was “designed to dilute the votes of those who in prior elections voted for the party not in power in order to give the party in power a lasting electoral advantage.” This, the ruling said, violated the section of the state constitution that mandates free and fair elections.

While impeaching state Supreme Court justices isn’t completely unheard of, doing so because the legislature disagrees with a court ruling is.

As part of January’s ruling the Republican-led legislature was given three weeks to submit new congressional district maps that met the Court’s anti-gerrymandering standards. Specifically, the judges wanted a new map to be drawn that is comprised of “congressional districts composed of compact and contiguous territory; as nearly equal in population as practicable; and which do not divide any county, city, incorporated town, borough, township, or ward, except where necessary to ensure equality of population.”

When the three-week deadline passed without the lawmakers presenting an acceptable alternative, the state Supreme Court commissioned a nonpartisan expert to draw a new map. Since 2011, when the Republicans put in place their gerrymandered map, the GOP had routinely won 13 out of the state’s 18 congressional districts, although Republicans received just 50% (or less) of the vote in recent presidential elections. The new map will likely make elections in the Keystone State more reflective of the popular vote.

Twelve Republican legislators — led by Rep. Cris Dush — believed this to be a judicial overreach that threatened the independence of the legislative branch, and claimed impeachment to be the only remedy.

“The Supreme Court overstepped its bounds, and the check-and-balance to that is impeachment and impeachment only. We have no other method to hold them accountable,” Dush said. Republicans have enough votes in both the House and Senate to follow through on their threat.

But experts warn that impeachment could jeopardize the rule of law in Pennsylvania.

“[Impeachment] is the nuclear option,” Luis E. Fuentes-Rohwer, a law professor at Indiana University’s Maurer School of Law, said. “There’s legitimate ways to push back on that judicial power, and we’ve exercised those ways throughout history… You can curtail jurisdictions, take away cases from them. When the seats open up, you can just take it away and remove the seat.”

Micah Simms, executive director of Common Cause Pennsylvania (a nonpartisan democracy advocacy organization), told WhoWhatWhy the decision to impeach comes from the Republicans’ “commitment to show their frustration in any way, shape or form.” Fuentes-Rohwer, more bluntly, says it is akin to a “temper tantrum.”

Pennsylvania’s Democratic Governor Tom Wolf called the push for impeachment an “unprecedented and undemocratic attempt to retaliate against the judicial branch.”

Even Pennsylvania Chief Justice Thomas Saylor — who was elected to the court as a Republican — released a statement calling the legislation “an attack upon an independent judiciary, which is an essential component of our constitutional plan of government.”

As for whether the impeachment legislation will pass, Simms says it’s too early to tell: “I think when you have the type of animosity that is felt right now within certain legislators — particularly within the Republican Party — you just never know. I think they’re just frustrated, and when you’re frustrated you sometimes end up doing things you may not usually do.”

To Fuentes-Rohwer, though, it’s about more than this particular impeachment: he worries about the damage to society that may result from this weakening of the legal system.

“To remove one justice for doing bad things is impeachment power, but to remove a whole bench because they sided in a way you don’t like, that just does great damage to the rule of law,” he said.

For Fuentes-Rohwer, the overarching issue is our shifting understanding of the courts. The American political system is based upon the constitution being upheld by a court that can be trusted “as apolitical, as outside politics, as independent judiciaries,” he said.

Once this perspective is weakened or removed, he added, the system is left susceptible to the whims of the legislature of the day: “We’ll have courts but they’re shifting in the wind. That’s not law.”

When asked about the future, Fuentes-Rohwer said he believes the norms will harden again, but until then the rule of law is “fair game” for politicians to do with what they please.

“Courts cannot be seen as political bodies because if they are, then the impeachment of these justices makes perfect sense,” he said. “We can remove politicians if we don’t like by voting them out, there’s nothing we can do to remove judges. But if judges are just politicians in robes then what else can we do?”