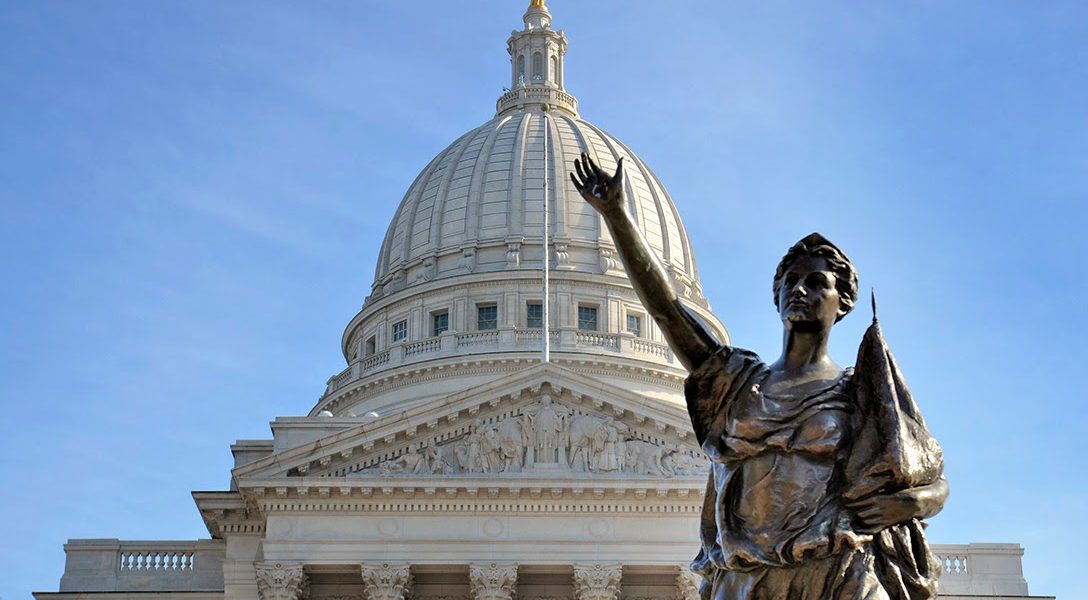 While the US Supreme Court has resisted the urge to meddle with the presidential election results, conservative members of the Wisconsin Supreme Court are still wrestling with a request to overturn the will of the state’s voters.

The nation’s high court Friday evening rejected a suit filed by the Texas attorney general seeking to reverse President-elect Joe Biden’s win in Wisconsin, as well as in Georgia, Michigan and Pennsylvania on grounds the states had illegally changed mail-in voting rules.

Earlier in the day, a state judge in Wisconsin also dismissed President Trump’s claims of issues with absentee ballots, a case that is now headed to the state Supreme Court, which a week ago narrowly rebuffed his campaign’s efforts to bypass the lower courts entirely.

That December 3 Wisconsin Supreme Court ruling fell largely along party lines, with three of its four conservative justices siding with the Trump campaign, highlighting a dilemma for the conservative jurists: to remain true to the original intention of the law or to be partisan activists.

The three conservative judges risked appearing to have chosen the latter, according to Janine Geske, a former justice on the court appointed by a Republican governor.

“When I was on the court, I considered myself to be a judicial conservative in that I follow the statute as it is written, and here, the conservatives are the ones that are trying to stretch it,” Geske said.

In this case, the three were on the losing side, as a fourth conservative member of the court joined its three progressives to reject the Trump campaign’s attempt to skip appearing in the lower courts and have the high court quickly throw out 221,000 mail-in ballots.

The dispute hung on a mere jurisdictional issue — which court should hear it — clearly laid out in statutes about original action in election lawsuits.

The three dissenting conservative justices did not deny the meaning of the statute but argued that because of the high-profile nature of the case, the state’s highest court should hear it. That drew a rebuke from fellow conservative Justice Brian Hagedorn.

“We do well as a judicial body to abide by time-tested judicial norms, even — and maybe especially — in high-profile cases,” Hagedorn wrote as part of the 4-3 majority. “Following the law governing election results is no threat to the law.”

In this way, Hagedorn was the most conservative in his opinion, Geske said, while noting that the three other conservative justices frequently grab onto overtly political cases.

“There are justices on the court who philosophically agree with the more conservative positions in the Republican Party. They take the cases, they recognize those arguments as having validity, and you can argue whether that’s a judicial or political philosophy,” Geske said. “I think unfortunately that overlaps too much.”

“It’s been a charade for many years now that the justices of the Supreme Court are nonpartisan. They run partisan campaigns, they have partisan backers that fall along predictable partisan lines.”

A dissent written by conservative Associate Justice Rebecca Bradley used language that echoed some of Trump’s talking points about the election. Letting the Wisconsin Elections Commission make election rules would be a “death blow to democracy,” she wrote. “The majority’s failure to act leaves an indelible stain on our most recent election.”

In general, “justices on the Supreme Court are not quoting political figures. She does,” Geske said.

“The more political-sounding justices get, the less [the public is] going to have faith in an impartial judiciary,” said Geske, who backed Biden over Trump, the first time she’d made an endorsement for a partisan office in at least 40 years. “If somebody’s arguments that they’re making in the public world are consistent with where you’re going politically … it’s not something you can’t do, but the more you do that, the more everybody assumes that that is an important factor in your decision-making.”

The Wisconsin Supreme Court has had a problem with political showboating for years, and as the money poured into campaign races has increased, so has the demand for justices to stick to a party line once they win election.

“It’s been a charade for many years now that the justices of the Supreme Court are nonpartisan. They run partisan campaigns, they have partisan backers that fall along predictable partisan lines,” said Matt Rothschild, executive director of the Wisconsin Democracy Campaign.

Although elections for the state’s highest court are officially nonpartisan, voters easily channel their partisan affiliations into choosing justices.

The 2019 race between Hagedorn and his opponent, Lisa Neubauer, set the record for the greatest red-blue divide ever in a state Supreme Court election. Hagedorn, who was chief legal counsel to former Republican Gov. Scott Walker, ran a campaign ad tying Neubauer to Hillary Clinton and former Attorney General Eric Holder. It declared, “Liberal special interests are trying to take over our Supreme Court.” He won by just 6,000 votes out of more than a million cast.

Associate Justice Jill Karofsky, who was elected in April with the support of Democrats, including Bernie Sanders, made no secret of her progressive values on the campaign trail but stressed in her first campaign ad that she would take politics out of the court and rule based on the law.

Special interest groups, however, also run ads detailing court candidates’ positions and associating them with politicians from the party they are perceived to be aligned with, which can be unconnected to how they would perform on the court. In the Karofsky election, the state’s Republican Leadership Committee ran attack ads branding her “dangerously soft on crime.”

“When I ran and was on the court, it was not political the way it is now, and frankly, when I ran, you tried to get almost an even number of high-profile Democrats and Republicans,” Geske said, adding that “you tried to show your independence by getting support from everyone and now people run on a platform … that’s consistent with one partisan platform or the other.”

“You always have judicial differences on how you interpret things, and people tend to be consistent … but it tended not to be because of politics,” she said. “Now it’s about the money … and candidates tend to put themselves into a political box, and they tend to stay there after they’ve been elected.”

The court’s journey away from neutrality began in the mid-2000s, Rothschild said, after the appointment of Louis Butler by then-Gov. Jim Doyle (D). Special interest groups such as Wisconsin Manufacturers & Commerce spent over $2 million to knock Butler off the bench four years later, and that set the tenor for the hyper-partisan nature of the court.

Then came the John Doe II case in 2012, an investigation of Walker for illegally coordinating with several conservative organizations during the 2011-2012 recall campaign. During the legal process, it was revealed that two justices, Michael Gableman and David Prosser, had benefited from election spending by some of the groups named in the probe. Neither justice recused himself, and Gableman authored the court’s opinion when it decided to shut down the investigation in 2015.

“It refused to tighten its rules on recusal and conflict of interest,” Rothschild said of the court’s response at the time. And that same opinion stated that the John Doe II investigation was a violation of the conservative groups’ First Amendment rights to political speech, a verdict Rothschild called a “novel interpretation of the First Amendment.”

As for the current Trump election case, because it’s skipping directly from the circuit court to the Wisconsin Supreme Court without involving the appeals court it will need four of the court’s seven votes to prevail.

Even if the court rules in Trump’s favor, the justices are unlikely to recommend retroactively invalidating the thousands of disputed ballots. Both Hagedorn and conservative Chief Justice Patience Roggensack have suggested they find that would be an inappropriate remedy. Roggensack said it “may be out of reach for a number of reasons.” The justices would likely be more inclined to rule on the legality of the procedures used by the Wisconsin Elections Commission going forward.

“It would be astounding and outrageous and anti-democratic” if the court ruled to disqualify the ballots, Rothschild said. “I would hope that the conservative majority on the Supreme Court would think not only twice, but 10 times before they dare do such a toxic thing to our democracy.”

But if they do decide to hand Trump victory in Wisconsin it still wouldn’t be enough to change the outcome of the national election. Trump would gain just 10 electoral votes and would still lose to Biden, who would have 296, which is above the 270 electoral votes needed to win.