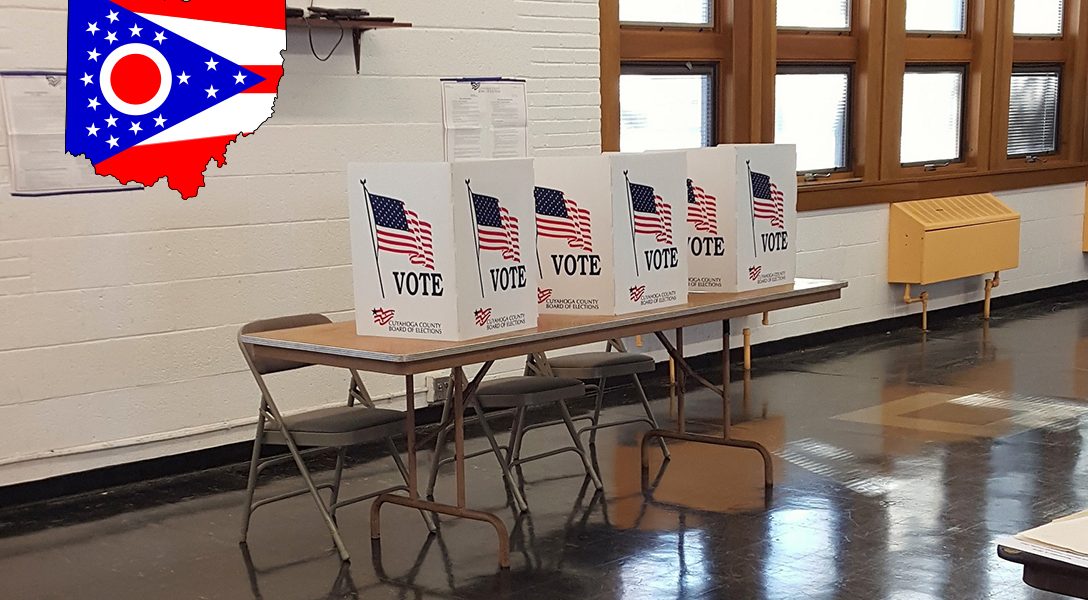 Still raw from the electoral strife of the recent past, Ohioans may yet again face daunting hurdles to a fair, easy, and accurate vote. The obstacles range from malfunctioning touchscreen voting machines to voter roll purges and confusion over absentee ballots.

The furor over hanging chads and punch-card voting in the 2000 US presidential election ushered in the age of electronic machine voting. Eighteen years later the touchscreen hulks brought in to modernize the process are now antiquated and have become the new “old’ problem.

While about half of Ohioans use paper ballots read by optical scanners, the other half still use the old touchscreen machines. According to Catherine Turcer, of Ohio Common Cause, these machines are liable to malfunction, leading to delays and confusion at polling places, or even worse. Turcer said that faulty equipment could result in voters having to vote with provisional ballots or being turned away from the polls.

So it’s not just the machines themselves that are a problem, she said, but their cascading consequences.

These machines must also issue paper receipts to provide voters physical verification of their votes, and Turcer recommends that all Ohio voters check their receipts in order to be certain that their choices match the printout. Ohio has “fairly good” laws regarding identification accepted at polling places, Turcer said. But while the rules for valid ID are broad, there are also a few common forms that are not accepted by themselves, such as student IDs and passports. Because neither form of identification includes an address, a voter would need to provide additional documents, such as a utility bill, to verify his or her address.

State IDs or driver’s licenses are the most commonly accepted forms of identification, and are accepted even if the address on the ID does not match the address record with the voter’s registration information. However, this mismatch can lead to confusion for both voters and poll workers, and may also result in disenfranchisement.

This is why she and others are working to help ensure that voters cast proper ballots instead of provisional ones.

“The goal isn’t just to vote, but to make sure your vote is counted,” she told WhoWhatWhy.

A US Supreme Court ruling from earlier this year validated a massive purge of Ohio’s voting rolls that removed about a million registered names between 2011 and 2015. Voters who failed to vote for two consecutive years were mailed a registration confirmation. Those who responded stayed on the rolls, and those who didn’t were purged. While Republican advocates said the purge was meant to scrub the rolls of people who had moved or died, and fraudsters, voting rights activists challenged the measure in court for purging the rolls of an unknown number of infrequent voters.

However, voters who recently discovered they had been purged received good news Wednesday, when the 6th US Circuit Court of Appeals ruled that Ohio election officials must provide provisional ballots to these voters on request. This decision could become a significant factor in this year’s election, especially in tight races, such as the Buckeye State’s gubernatorial contest and some House races.

As of October 26, more than 1.2 million voters had requested absentee ballots, and more than 700,000 ballots had been received by election officials.

But Butler County has a big problem that could potentially deny the vote to more than 3,000 Ohioans. Twenty thousand absentee ballots were sent to voters with a printing error, according to Diane Noonan, director of the Butler County Board of Elections. The mistake could prompt confused voters to enter an incomplete driver’s license number.

Butler County election officials have currently identified 180 absentee-ballot voters who received the incorrect ballots; as of Friday, 156 of these voters had been contacted, according to Eric Corbin, deputy director of the Butler County Board of Elections. He says election office staff have called and sent letters to anyone potentially affected, and they also contacted the local media. As a last resort, staffers will try to find these people at their homes.

“I so badly want this number to go down to zero,” Corbin told WhoWhatWhy, “but there may be a voter or two we can’t get to.”

Corbin said up to 3,600 voters could be affected, although he estimated that the actual number of harmed voters may turn out to be much lower, around 36 voters.

Noonan cited state code as the reason for taking such exhaustive measures to track down affected voters. She said the incomplete absentee ballots that are not corrected by voters will be considered invalid. She plans to make a formal request of Secretary of State Husted to validate them, but the outcome of that request is uncertain.

Mike Brickner, director of All Voting Is Local, is particularly worried about absentee voters who live overseas or serve in the military, who may be difficult or impossible to contact in time. Brickner also thinks the county board of elections is taking too strict an interpretation of state code in chasing after these ballots. “No one is challenging whether they are eligible voters,” he said. Even mailing the ballots can turn out to be an obstacle. In some counties, a single “Forever” stamp is insufficient to cover the postage of absentee ballots. Ballots in these counties, because they have several pages or a larger format, weigh more than a standard letter.

Voters in those counties, however, may not be aware of this, and simply mail in the ballot without weighing it first. Turcer recommends that absentee voters can avoid possible problems by weighing their envelopes before mailing them.

For instance, in Hamilton County, voters who live in Cincinnati need two stamps (or have to pay 71 cents in postage) to mail an absentee ballot, whereas voters outside the city need only one stamp (50 cents in postage).

Postage for absentee ballots is not a new issue in Ohio, said Brickner. There were various ways, official and unofficial, that this was dealt with, but in this election it is unclear what the official state policy is.

“It’s leading to quite a bit of fear and confusion,” Brickner said.

He has sent a formal letter, co-signed by Common Cause Ohio, the League of Women Voters, and the Ohio Voter Rights Coalition, seeking clarification from Ohio Secretary of State Jon Husted. He has not received a reply.