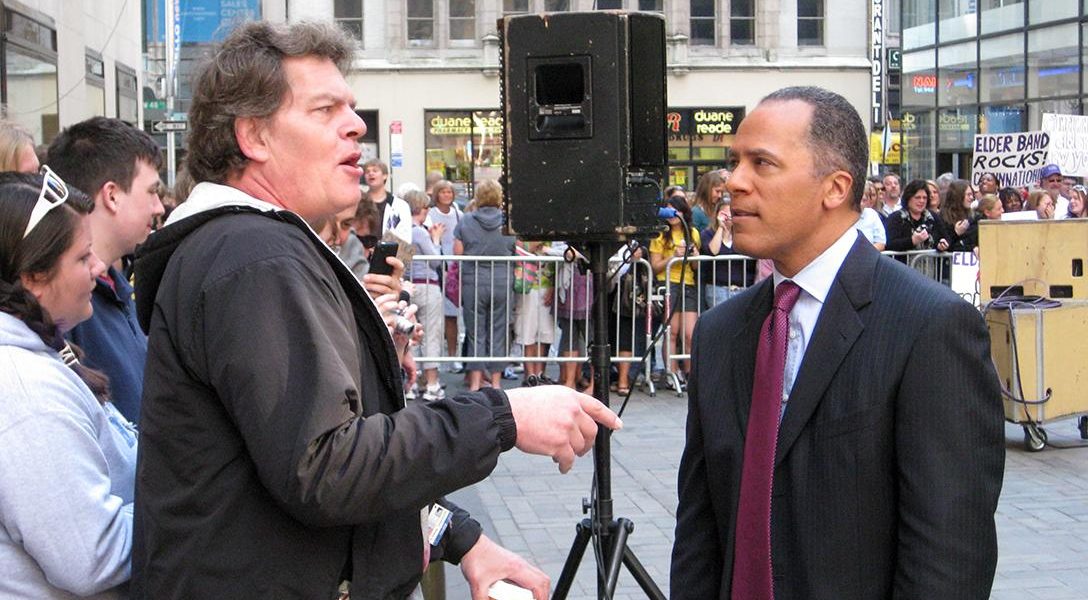 WhoWhatWhy Apprentice Reporter Charis Satchell is a student at Hofstra University. We asked her to survey her professors and fellow students regarding the first presidential debate, which will be hosted on their campus Monday, Sept. 26. Here is her report:

More than 100 million Americans are expected to tune in Monday night for the first debate between Hillary Clinton and Donald Trump. The campus of Hofstra University, which will host the event, has been abuzz with excitement for the past week.

One key question ahead of the debate has been whether moderator Lester Holt should call out candidates for stating obvious falsehoods. The Clinton campaign has said it favors this type of fact-checking from moderators but Trump does not. WhoWhatWhy asked Hofstra students and faculty what they thought and the consensus was overwhelming.

“I actually think [fact-checking the candidates] should be mandatory only because there are a lot of people who are not as clued in to the issues that are being discussed at the debate or the issues that are coming up in this election period,” said student Tatyana Jean, who identified herself as an independent. “And watching the debate is how they’re going to be getting their information so just by taking what the candidate says at face value and running with it, if it’s not correct information then that can potentially take a vote away from someone else.”

Many students told WhoWhatWhy that they don’t think either candidate has been particularly honest this year, which even increases the need for moderators who do more than ask questions. “Because if you’re moderating it, you’re supposed to make sure that people are getting the correct information,” she said. “So, it’s your job to make sure that what they’re saying is true and we’re not being falsely informed.”

Earlier this month, NBC’s Matt Lauer was widely criticized for not challenging Trump’s various assertions and falsehoods during the network’s prime-time presidential forum. For example, the GOP nominee claimed he had not supported the Iraq war, but, according to FactCheck.org, in a 2002 radio interview with Howard Stern, Trump had made clear his support for the war. Instead of calling him out on this, Lauer simply moved on to another question.

Not everyone believes a moderator should assume this role. Fox News anchor Chris Wallace, who will be moderating the final debate, contends that it is not his responsibility to fact-check.

“It’s not my job to be a truth squad — it’s up to the other person [debater] to do that,” Wallace said.

Amanda Ocasio, a graduate student in the journalism program at Hofstra, disagrees. She believes it is the moderator’s job to get the story right.

“Journalists are sort of the first line of defense between the politicians and the general public,” she told WhoWhatWhy. “So we have a responsibility to make sure that the general public is getting the most correct and the most accurate information.”

However, Scott Brinton, professor of community journalism at Hofstra, pointed out that challenging candidates in real time is not easy. “Now, do I think the candidates should be fact checked post-debate? Absolutely. I think that’s a much easier thing to do,” Brinton said. “That’s probably a better thing to do. It’s extremely difficult for a moderator, as they’re speaking, to be doing that.”

During the 2012 debate, CNN’s Candy Crowley took some flak for challenging Republican candidate Mitt  Romney. The GOP hopeful had charged that President Barack Obama delayed describing the attack on the US consulate in Benghazi, Libya, as an “act of terror.” Crowley’s fact-checking provided a first hand look at how a journalist may interject and the backlash that comes from it.

Graduate student Jahaura Wilson acknowledged that it might be difficult for Holt and the others this year because they are being asked to go beyond the traditional role of debate moderator.

However, this is not a normal year with normal candidates. Clinton is widely mistrusted and Trump has probably told more documented lies than any other presidential hopeful in history. If the candidates knew that they would be called out on falsehoods, perhaps with a fact-checking update after each commercial break, they would be forced to be more honest and voters would benefit.

Or, as junior Haven Smart put it: “To catch them in a lie, I think that would be good.”