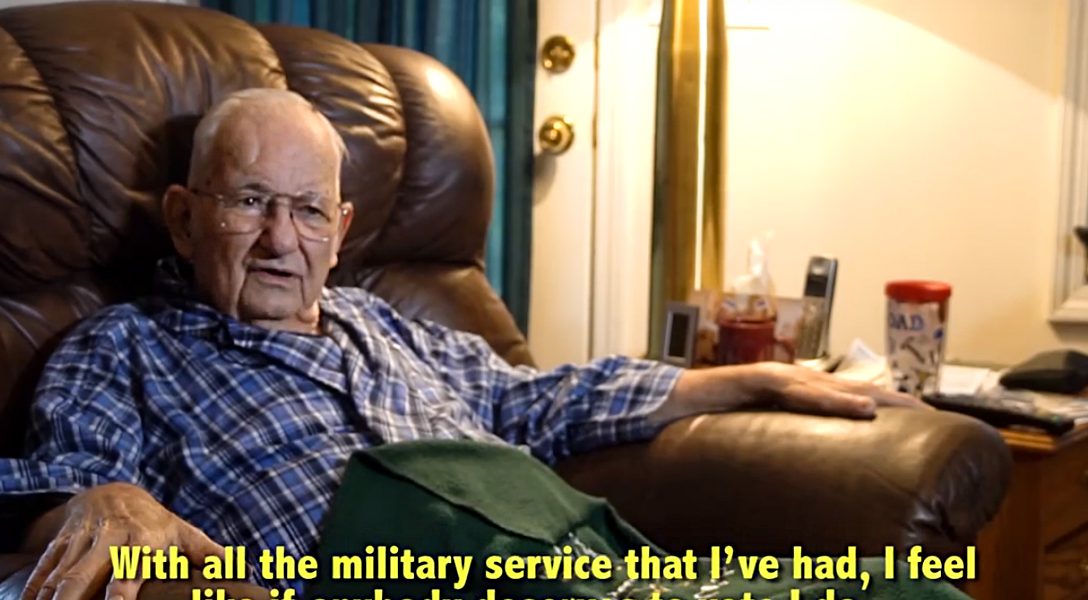 James Edwards of Lawrenceville, Georgia, had to get a new absentee ballot when the Gwinnett County Voter Registration and Elections Office rejected his ballot -- claiming it lacked a signature. Photo credit: Kate Walker / WhoWhatWhy.
Elections

Ada and James Edwards filled out their absentee ballots at the same time, at the same table — yet Ada’s was accepted and James’s was rejected. The reason given was James failed to sign the envelope provided, which is part of the verification process. But James distinctly remembers signing his name.

The Edwards are both getting on age-wise and have been voting by absentee ballot for the past few years. James has real mobility issues — he spends a lot of time sitting in his recliner and finds it very hard to get in and out of it, let alone walk to a polling place. So he and his wife and carer Ada are prime candidates for voting by absentee ballot.

But this year James became one of many people in Georgia, and specifically Gwinnett County, whose absentee ballot was rejected. Some of these voters may never know their votes did not count, let alone get a replacement ballot in time to resubmit. These voters will effectively be disenfranchised by a subjective ballot approval process.

The Edwards are upstanding members of society — James worked in the Army and was a reservist for 42 years. There is no voter fraud going on here — just a whole lot of rejected ballots.

Watch this video where the Edwards will tell their story.