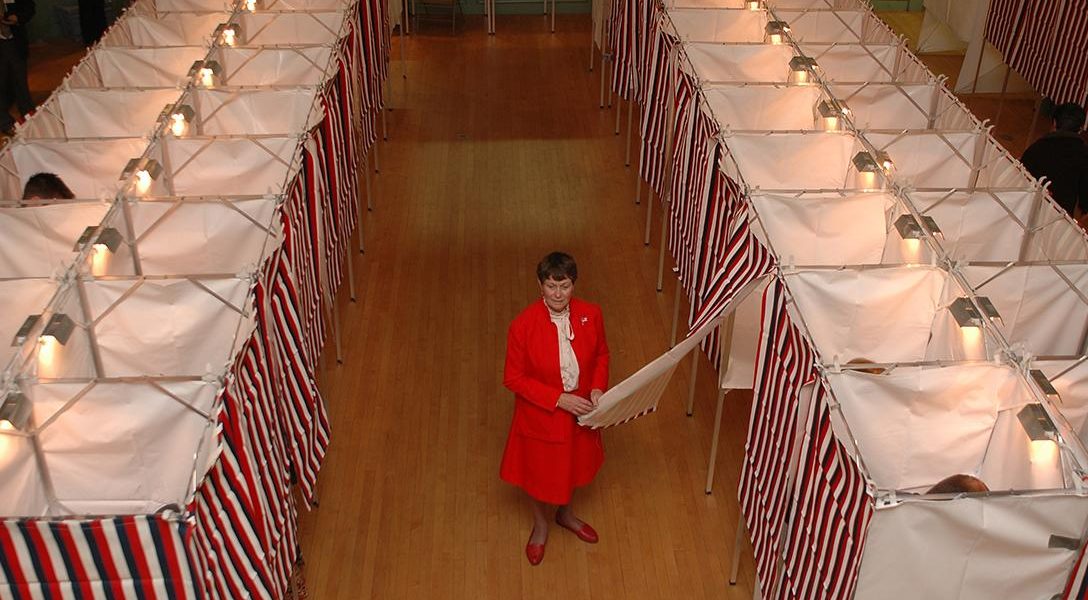 Long before Donald Trump ever talked about rigged elections, Ohio’s Republicans, behind Secretary of State Jon Husted, tried to put a thumb on the scale in the Buckeye state by keeping hundreds of thousands of voters — more likely to be Democrats than not — from casting ballots. And they almost got away with it.

The battle over Ohio’s voter purge illustrates that voting rights remain under relentless assault. It is predominantly perpetrated by Republicans, who are fighting the country’s shifting demographics with rules designed to keep core Democratic constituencies away from the polls.

All of this happens under the guise of combating the near non-existent threat of in-person voter fraud.

In this case, it took a court order issued less than three weeks before the election to stop a major voter suppression effort. Specifically, a federal court last week overturned the state’s massive voter purge. Since June 2016, more than 200,000 voters were removed from the Ohio voter registration because they had not cast ballots since the 2008 presidential election.

The court deemed this purge to be illegal and stated, “If those who were unlawfully removed from the voter rolls are not allowed to vote, then the Secretary of State is continuing to disenfranchise voters in violation of federal law.”

The court ordered that purged voters must be allowed to cast provisional ballots but also acknowledged that any remedy so close to the election would be imperfect.

Still, the ACLU of Ohio, which was a plaintiff in the suit, was pleased with the outcome.

“Our biggest concern was to make sure that voters who were illegally purged from the voter rolls will be able to cast their ballots in November and we believe this ruling largely resolves that,” said Mike Brickner, senior policy director for the ACLU of Ohio. “People who were purged are trying to vote right now and trying to get an absentee ballot.”

Prior to the ruling, Brickner had told WhoWhatWhy that the purge could have had a devastating effect in a close election.

“Hundreds of thousands of people could have shown up to their polling place and been told that they couldn’t cast a ballot,” Brickner said.

Though Ohio’s Secretary of State Jon Husted pledged to comply with the ruling, the ACLU does not appear to be fully convinced.

On Monday, the group sent out an appeal to its supporters to sign a petition calling on officials in Ohio (and Kansas and Wisconsin) to follow court orders reversing their voter suppression efforts.

“A victory in an Ohio court determined that a voter purge conducted by the Secretary of State was illegal, paving the way to restore tens of thousands of purged voters to the rolls,” the ACLU call for action said.

“But the state initially refused to permit vast numbers of these voters to use regular ballots, and is already refusing to send them absentee ballots.”

The Buckeye State, which has traditionally been a must-win state for Republicans in presidential elections, has tried to tilt the playing field for some time.

Husted had justified his purge by saying: “If this is [a] really important thing to you in your life, voting, you probably would have done so within a six-year period.”

While the voter purge has been reversed, other voter suppression efforts initiated by Husted remain.

In late August, the US Supreme Court decided against the restoration of Golden Week, a seven-day period during which residents have the opportunity to register and cast their votes on the same day.

“The loss of Golden Week is disappointing for the tens of thousands of Ohio voters who have used this convenient option in the past,” Brickner said. A Reuters study shows that the purge has eliminated twice the number of people living in Democratic-leaning areas in Cleveland, Cincinnati and Columbus, compared to Republican areas. According to the study, Republicans are more likely to vote more frequently in both congressional and presidential elections.

The purge particularly targeted black residents living in low socioeconomic neighborhoods and the homeless, who are less likely to show up at the polls. In urban neighborhoods, more than 10% of black residents had been purged due to a lack of voter participation since 2012.

Wimbish noted that “African Americans tend to vote Democratic so there’s not a lot of interest in programs or laws that are perceived to benefit them.”

The elimination of Golden Week will likely damage the black voter turnout as many minority voters took advantage of the convenience of registering and voting on the same day. Brickner agrees, citing “racial bias” as a factor for cutting the program.

Professor Leonard Moore of McGill University, an expert on 19th and 20th century United States social and political history, told WhoWhatWhy, “The biggest problem is the new network of state laws enacted by conservative, Republican state legislatures around the nation for the express purpose of making it harder for voters likely to oppose conservative candidate to cast their vote.”

Disenfranchisement is not a modern phenomenon, especially when aimed at limiting minority voters. “Beginning in the 1890s, states began to build a network of laws such as poll taxes, intelligence tests, literacy tests, highly restrictive registration hours, and other tactics that eventually stripped away the right to vote from almost all African American men in the South by the early 20th century,” according to Moore.

Why is Ohio a focal point of disenfranchisement? As a swing state, Ohio has a long history of switching its political preferences. While other swing states such as Virginia and Florida have also flip-flopped, Ohio is a more accurate indicator of candidate winners. The 1960 election was the only instance in history when Ohio voters failed to predict the election results, choosing Nixon over Kennedy.

Northern Ohio, including the cities of Cleveland and Toledo, has a high concentration of traditionally Democratic-leaning voters, while central and southern Ohio tends to vote Republican. Exceptions include Columbus, Cincinnati and Dayton, located in central/southern Ohio; these are blue cities in a sea of red.

Although the court ruling reversing Ohio’s voter purge is a step in the right direction, the instigator of that purge, Secretary of State Husted, remains in charge of the state’s voting process. Voting-right advocates warn that there is still much work to be done to challenge disenfranchisement in Ohio, and elsewhere in the US.