Manna for the MAGAs? The Worrisome Impact of Yang’s New Party

Former tech entrepreneur Andrew Yang is now most famous for his failed political campaigns. He sought the 2020 Democratic nomination for president and then ran to become the party’s nominee for New York City mayor in 2021. Although rejected both times, he found a loyal online following, something of a personal brand and base.

Stymied among the Democrats and capitalizing on this support, Yang recently announced he was starting a new “centrist” third party with Christine Todd Whitman, a former Republican governor of New Jersey. The proclaimed reason for this action: division in the country and voter discontent with increasingly ideological parties, prisoners of policies on the extreme fringes.

Yang intends that this new centrist party — named Forward — register as a political party in every state and name candidates to compete for various 2024 local, state, and national elections, up to the presidency. His hope: to build a new unifying party based on nonpartisan  core principles of “free people, thriving communities, and vibrant democracy.”

Lofty ideals, to be sure, but utterly without specifics. Such a broad but vague statement of principles is not likely to attract enough supporters to succeed in a country where two-party governance has been the rule and third-party efforts almost always fail, even with more robust candidacies such as that of Ross Perot.

Recognizing this history of third-party failure, Yang has recently endorsed procedural changes intended to facilitate the success of Forward candidates (and, it inevitably follows, other third parties): ranked-choice voting, open primaries, independent redistricting commissions to end gerrymandering, protection of voting rights, and easy and secure voting. But no other policies have been announced.

We may know more in a year if the Forward Party holds a national convention next summer, as promised. At a minimum, we need to know what policies the new party will endorse; who will fund it, beyond the hefty initial support from deep-pocketed allies that Yang indicated had put Forward in “a very strong financial position”; and who will be running for office as Forward candidates. 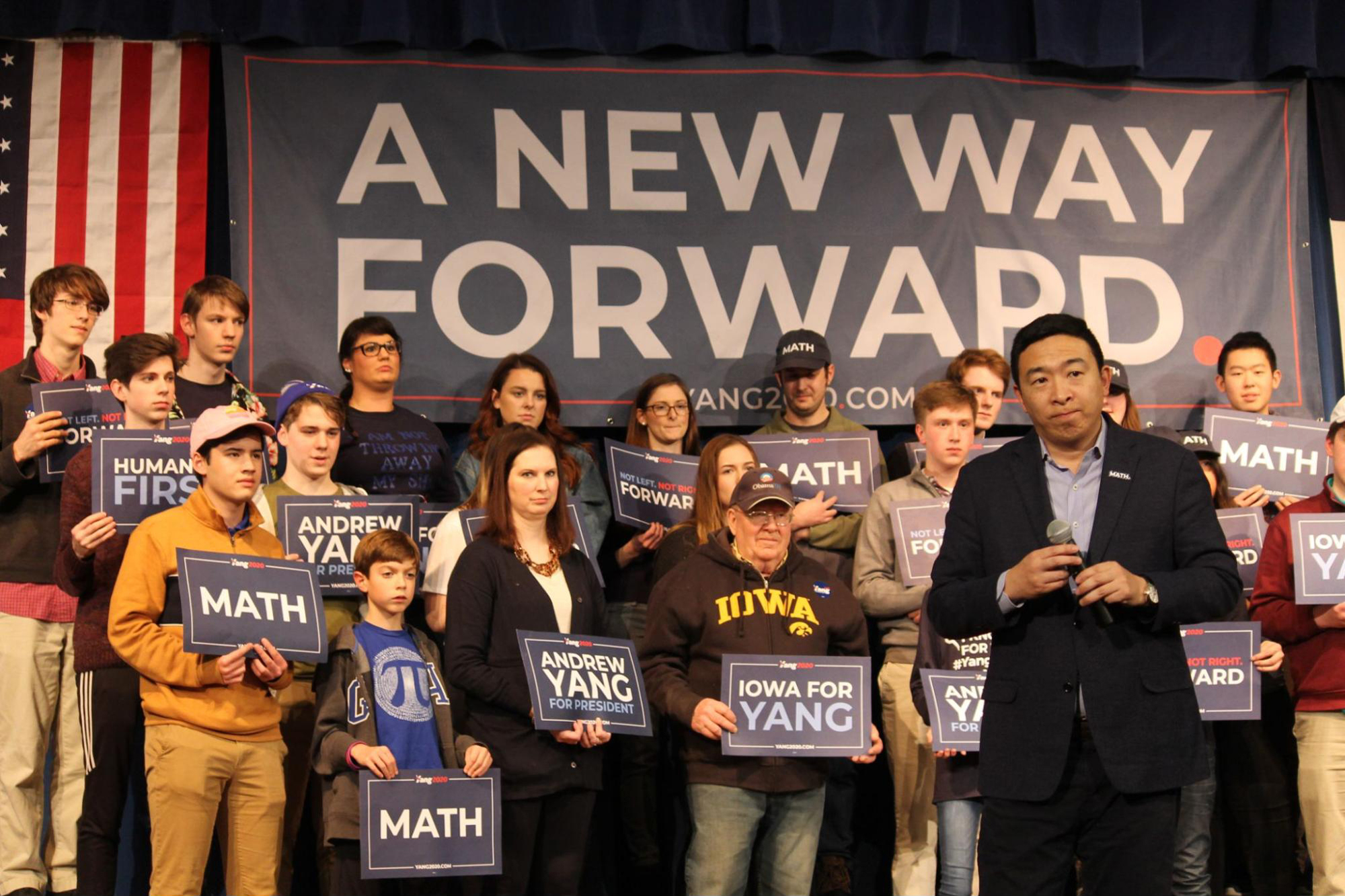 A Tradition of Issue-Driven Third Parties

Few would argue that our two-party system is ideal or essential and must be preserved as is. In fact, most of the world’s democracies do well in a multi-party framework, generally paired with a parliamentary system of government where the voters do not directly choose the prime minister, who wields in that framework many of the powers that our president does.

Even here, single-issue third-party candidates and parties can sometimes provide a benefit — for instance by introducing new ideas that the two major parties are too intransigent or blind to accept or promote, and that the mainstream media will not cover. Advocacy by third-party candidates can publicize these new issues, enabling them to break through to the electorate and gain traction.

For example, in 1848, a coalition of antislavery politicians from the Democratic, Liberty, and Whig parties formed the Free Soil Party to oppose the expansion of slavery into the new western territories. This was extremely controversial given the politics of that period, as it placed the conflict over slavery at the center of American politics. This party, whose emergence marked the beginning of mass antislavery politics in the United States, elected several members to Congress, helped to fracture the Whig Party, and pushed antislavery “Free” Democrats to abandon their party.

Although Free Soilers never elected a president, they transformed American party politics in just a few years. And when the Whig Party finally collapsed, the Free Soil Party became the nucleus of the new Republican Party in 1854.

Some 58 years later, former Republican President Teddy Roosevelt, frustrated with the governance of his Republican successor, founded the Progressive Party. His popularity was enough to split the Republican vote and put Democrat Woodrow Wilson in the White House, perhaps the closest historical parallel to the threat posed by Yang and Forward.

More recently, Reform Party candidate Ross Perot was a strong third-party candidate in 1992, receiving 19 percent of the popular vote by focusing on a previously ignored issue — the size of the federal deficit. Despite Perot’s loss, the power of his campaign caused President Bill Clinton to focus on reducing the deficit, turning deficit reduction into a prominent political issue in every election since then.

But Yang is not creating an issue-driven party. Indeed, he has no issue or policy to run on. Having failed to change the Democratic Party from within by running for high office, he has instead created a third party whose only reason for being is his concern over the state of the two current parties. 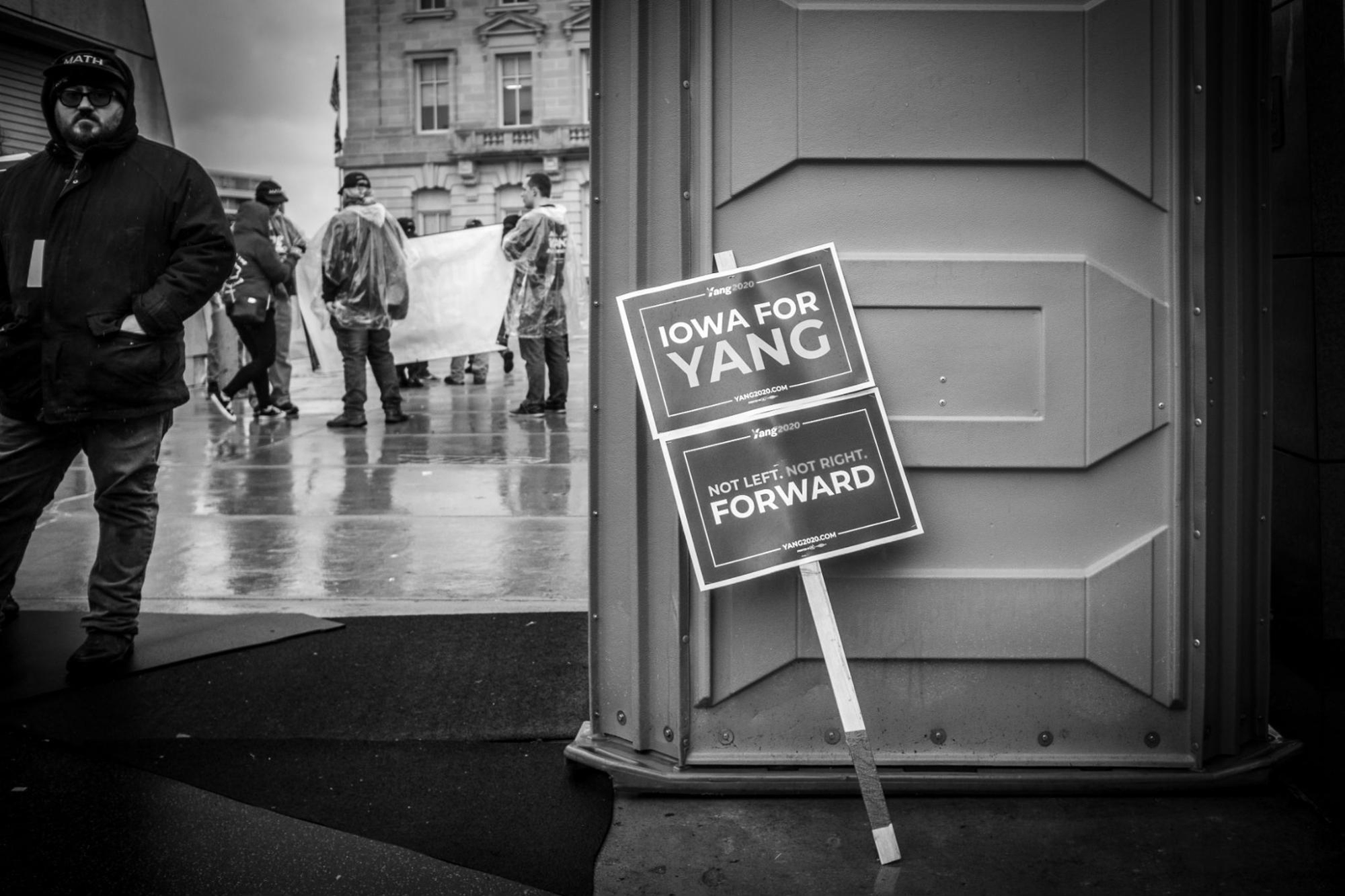 To be sure, there is much reason for such concern. But Yang approaches this dysfunction through a kind of monocle, as if it were symmetrical, with no distinction between the essentially ordinary — albeit frustrating — politics of the Democrats on one hand, and the extreme and more and more nakedly anti-democratic politics of the Trumpified Republican Party on the other.

And Yang seems to have given no consideration at all to the likely impact of his and Whitman’s third-party entrant on the 2024 election — an effect that will be especially destructive to the Democratic Party if Forward were to nominate Yang or Whitman or another Democrat, Independent, or moderate of any stripe as a presidential candidate in 2024. And all the more so if Forward follows through with its plan to field candidates up and down the ballot.

A Luxury We Can’t Afford?

The big problem is that this is not 1912 or 1992 (or 2000, or even 2016), and all these historical precedents have been subsumed by our sharp departure from political norms, yielding a situation in which democracy itself will be on the ballot.

No matter what policies it adopts, and no matter Yang’s motivations for birthing it — Forward is an open, if blurry, appeal to the moderate voters of America; voters who don’t chant “Lock her (or him) up!,” voters who aren’t thirsting for a strongman to take over and, well, “make America great again.” As such, Forward will draw some percentage of those moderate voters (the majority of whom are Democrats and independents) while drawing zero percent of the ideologically extreme voters (most of whom are MAGA voters).

This year’s primary election outcomes confirm that Democratic Party voters are more moderate than Republican voters. Of the nearly 175 Republican candidates endorsed by Trump in 2022, some 90 percent have prevailed to date. In contrast, 14 of the 22 Democratic congressional primaries where a progressive challenged a moderate candidate saw the moderate candidate prevail, according to Axios. Gallup data from 2021 also confirms this split in the Democratic Party, with half of the Democratic voters identifying as liberal and the other half as moderate or conservative.

In light of these dynamics, and in this moment, Forward threatens to deliver us all to the tender mercies of the Trumpified Republicans — including a whole slew of Election Deniers like Doug Mastriano, Kristina Karamo, and quite possibly Donald Trump himself — and thence, if our wobbly guardrails fail to hold, to an unrecognizable dystopia. Fascism, for short.

Yang’s big idea is to disrupt the party system — a luxury that, right now, it looks like we can’t afford. His proposed new political party, by pulling far more votes from independents and Democrats, can pave the way for Republicans to win big in 2024. We’ve been there before — as Al Gore and Hillary Clinton, from each of whom third-party candidates bled much-needed votes, might remind you — if never with such an open threat to our republic hanging in the balance. If we are to remain a democracy, now is the time for all those who value, and abide by, democracy’s principles to pull together, not split apart.