Mailing It In? Experts Doubt USPS Can Get a Handle on Ballots This Fall

If past is prologue, experts worry that the US Postal Service will not be able to handle the number of absentee ballots that are expected to be cast during this fall’s midterm election.

In 2020, the Postal Service performed poorly in similar circumstances, with many ballots arriving late to voters’ homes or not at all. Now, the Postal Service has created an “election mail strike” team to oversee issues associated with mailed ballots, but experts are doubtful that these efforts will guarantee better election security.

During the 2020 election cycle, 1 percent of voters experienced problems with mail-in ballots, including delays and tracking errors, according to a 2020 Pew Research Center survey. In a tight election, that can make a difference.

Jan BenDor, a former Michigan election administrator with 18 years’ experience, said that thousands of ballots were delivered too late to be counted in Michigan during the 2020 election cycle.

She added that another “avalanche” of absentee ballots could create the same issues for this year’s midterm election if the situation is not managed properly.

“What tools will they be given to succeed?” BenDor pondered about the Postal Service’s new election oversight team. “What’s going to make a difference from 2020, when so many were late?”

The Postal Service stated in an email to WhoWhatWhy that it is fully committed to the “secure and timely delivery of election mail during the 2022 election cycle.”

The statement notes that the Postal Inspection Service utilizes a full range of resources to ensure the safe, secure, and efficient delivery of election mail to and from American voters.

The Postal Service says it does this through efficient delivery of voter registration cards and absentee ballots. In addition, postal inspectors work closely with federal, state, and local law enforcement partners to investigate election crime allegations and to protect election officials, according to the statement. 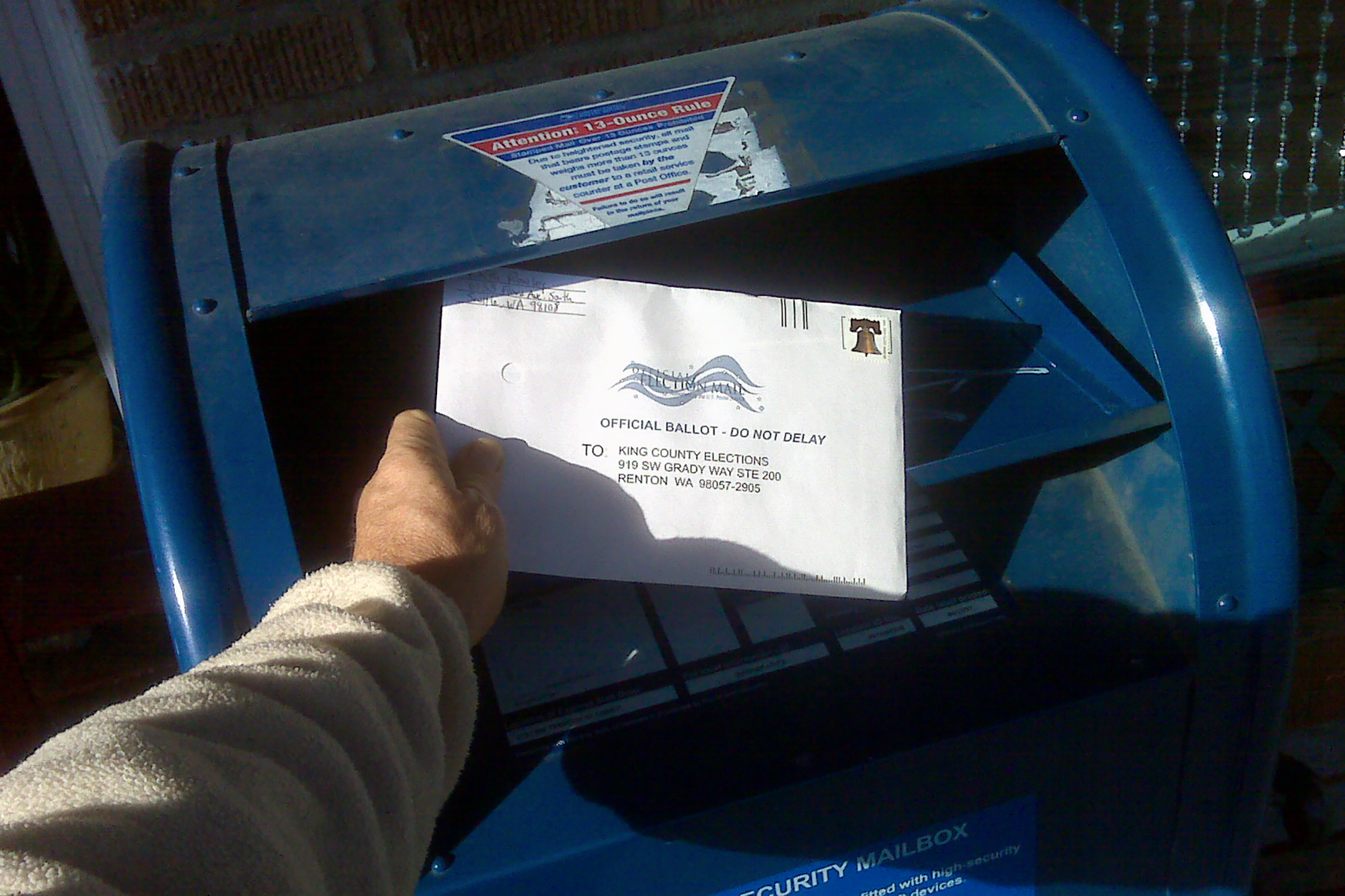 Many people vote by mail because of difficulties with work schedules, family responsibilities, and transportation. Photo credit: yugenro

“Our entire Postal Service team is committed to the critical mission of delivering the nation’s Election Mail in a timely and secure manner,” stated Postmaster General Louis DeJoy in a document provided to WhoWhatWhy. “It is a point of pride throughout the Postal Service to play such an indispensable role in the electoral process.”

Since being appointed in May 2020, DeJoy has been widely criticized for his organizational changes that resulted in slower mail delivery right before the 2020 election cycle. His administration also removed mail-sorting machines, according to records obtained by CNN.

The Postal Service document also states that area and district election mail strike teams will have ongoing consultation with the US Postal Service Board of Governors Election Mail Committee.

But experts are concerned that the Postal Service is not being specific enough about how it plans to tackle mail-in ballot challenges for the 2022 election cycle.

“They’re very opaque about much of what goes on within the postal system,” said Alex Halderman, election integrity expert, professor of computer science, and director of the Center for Computer Security and Society at the University of Michigan.

Election integrity expert Tammy Patrick noted that there are other concerns with election mail to consider, such as postmarking, tracking, and state laws that allow voters to mail their ballots in as late as on Election Day.

“What we have is a situation where the state laws allow for voters to request ballots too late, really, for optimal success. And we also have state laws that don’t follow best design practices for envelopes,” she argued. “My concern is that we haven’t seen a lot of states remedy those challenges.”

She added that even when a voter does send in their ballot ahead of Election Day, the ballot risks being labeled as “too late” and getting rejected if it’s not sent to the proper processing center to be postmarked and tracked.

In order for an initiative like the Postal Service’s election mail strike teams to be successful, there are important factors and elements that need to be considered, election integrity experts noted. BenDor said it’s important to incorporate collaboration with local election officials. She added that it’s also necessary to understand what has worked and what has failed in different state jurisdictions.

“They need to plug all the holes that they have seen in the past. Use what we know already works,” she said.

BenDor highlighted her relationship with the postal offices in Michigan prior to 2020, saying it was very positive. She recounted an Election Day when the postal workers in her county stayed late to be sure her team had received all the ballots.

“That’s the kind of working relationship that makes it possible for people to get their votes counted,” she said. “And that was often a couple of dozen ballots. In a community of 17,000 voters, those people really matter.”