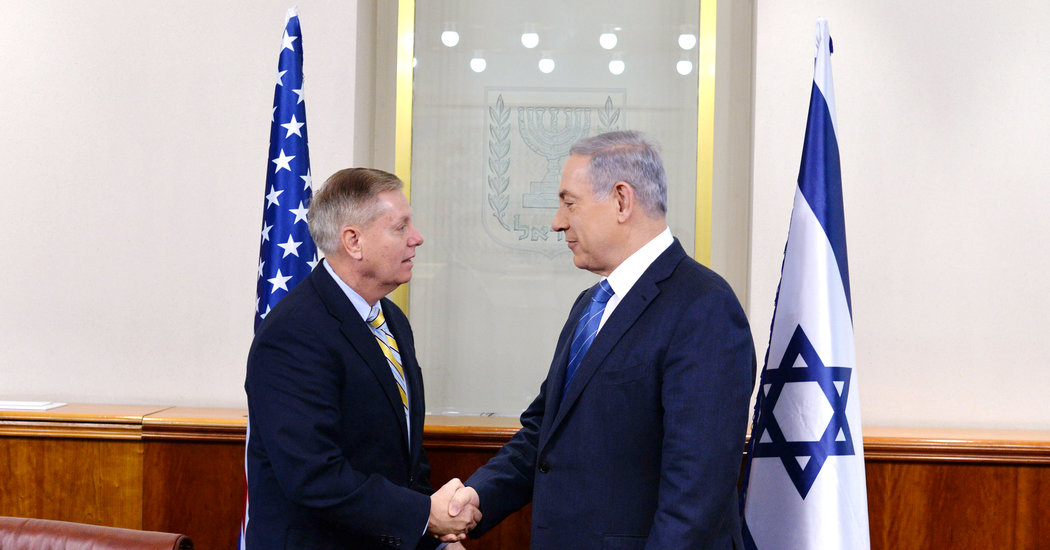 We speculated yesterday that Lindsay Graham is the Right’s version of Bernie Sanders. Meaning, if Sanders is pulling Hillary Clinton to the Left, Graham is pulling the entire Republican field to the Right (with the possible exception of Rand Paul)

So, once again, Graham is proving our point during a recent trip to Israel:

“Senator Lindsey Graham vowed on Wednesday to lead “violent pushback” against the United Nations if it “tries to take over the peace process” between Israel and the Palestinians, and against any nation that pushes to prosecute Israeli soldiers for war crimes through the International Criminal Court….

“I am in charge of the foreign assistance account, I’m in charge of the money we provide for the United Nations…I’m not going to ask the American taxpayer to fund an organization that’s going to be used in a way to marginalize” Israel, which he called “our best friend.”