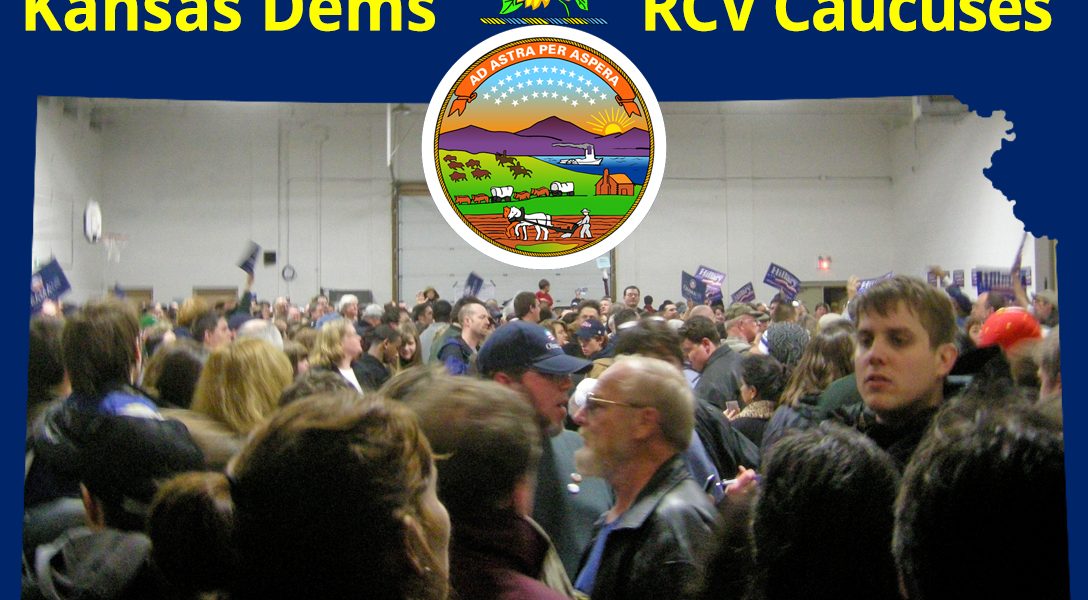 Kansas Already Picked the First Winner of the Democratic Primary

Election reformers are touting Kansas as a trailblazer in making US elections fairer and more representative.

To this end, the state Democratic party is replacing the old caucus system with ranked-choice voting, or RCV. In this system, voters get to choose more than one candidate, and to rank them by their preference.

“Rather than getting to choose only one candidate, they get to say who their first choice is, who their second choice is, and so on,” said Jason Harrow, executive director and chief counsel for Equal Citizens, a non-profit group that aims to ensure equal voter representation.

Why Can’t Americans Rank Their Votes?

“Ranking things is very simple and natural, and people do it all the time with movies or foods. After they use this system, most voters prefer it to the ‘one-choice’ system,” Harrow said.

RCV is “more representative of the voters’ preference because in a democratic society, we should want the candidate who has the majority of support,” Adam Eichen, a communications strategist and self-described democracy wonk, told WhoWhatWhy in a recent podcast. “Basically, rank your candidates and if someone gets 50 percent, well, that’s the election.”

Kansas using RCV in this primary is a big deal.

“Ranked-choice has not formally been used in primaries or caucuses, so the adoption in a few places this year is critical,” said Harrow.

RCV voting will diminish the influence of so-called superdelegates, as opposed to regular delegates who were chosen by primary voters and are pledged to a specific candidate.

And while the media has already picked out and mainly covers the most likely nominees, RCV voting helps the lesser known candidates.

“On the candidates’ side, it’s likely to benefit them by allowing more opportunity in a crowded field,” said Amanda Roberti, professor of political science at Ramapo College of New Jersey.

“There are so many excellent and qualified candidates running in the Democratic presidential primary that this system of voting would likely give someone a better chance — especially if there is no clear front runner,” she added.

Before the rules were changed, would-be voters in the old-time caucuses went to a meeting hall, stood around listening to speeches, and then physically moved into groups to be counted as supporting one or another of the candidates. In the 2016 Kansas Democratic presidential caucuses, the 39,000 participants handed a 2-to-1 victory to Sen. Bernie Sanders (D-VT) over Hillary Clinton, who eventually won the party’s nomination.

Some of the caucus meetings took hours, discouraging people — especially those who had to drive long distances to get to the polling places — from sticking around to the end. Under the new system, Democratic caucus-goers will be able to cast a vote and leave without having to hear all the presentations.

The primary will be held on Saturday, May 2, from 10 AM to 4 PM. Kansas Democrats will create “voting centers,” where voters statewide can meet and vote together. While only registered Democrats can vote, same-day registration for non-Democrats and for those whose registration has lapsed will be offered in all the voting centers.

There’s also one other new wrinkle in Kansas’s 2020 primary.

“Seventeen-year-olds will be able to vote in the primary if they turn 18 by the general election,” Roberti pointed out. This change appears to be another response to perceived inequities in the 2016 election, when some regular delegates felt they had been virtually disenfranchised through the inordinate influence wielded by superdelegates, who owed their positions to party insiders.

Meanwhile, Kansas is not the only state that’s shown interest in RCV; New Mexico, California, Colorado, and Maine all have some form of RCV for statewide elections. Many cities use RCV for municipal elections as well.