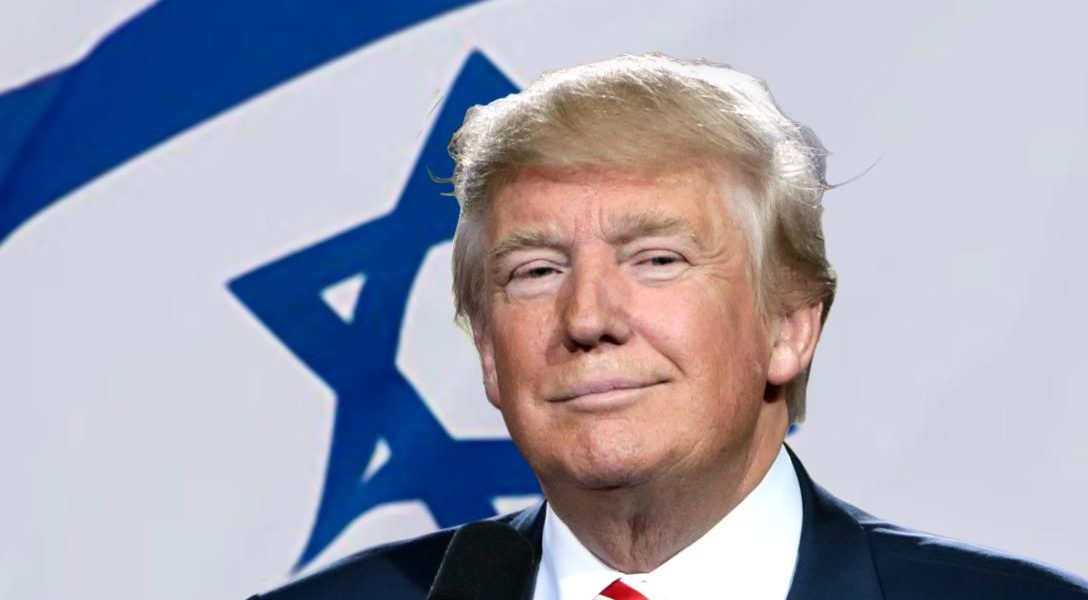 Donald Trump has proclaimed: “My administration will stand side by side with the Jewish people” — and his Israeli supporters, like their US counterparts — accept his claims with great enthusiasm.

They cheered his name at last week’s “Jerusalem Forever” rally, which addressed UNESCO’s October 13 resolution that many Jewish people say disregards their heritage in Jerusalem. The resolution, which the US voted against, referred to Jewish and Muslim holy sites solely by their Muslim names.

Frustration with the resolution underlined every speech and conversation at the rally. Hundreds of Israelis, many of whom are eligible to vote in the US presidential election, attended. Some wore religious headscarves and kippot, others wore “Make America Great Again” caps. One wore a cowboy hat. They gathered on the rooftop of a prominent art gallery, which overlooked the white stone walls of Jerusalem.

Lou Weiss, an American who emigrated to Israel four years ago, summed up the evening’s mood by declaring Trump the “better choice for Israel.”

Trump’s message of support was part of his pre-recorded video that aired on the gallery’s rooftop, lined with American and Israeli flags.

In addition to the UNESCO resolution, attendees described their dissatisfaction with the administration of President Barack Obama and with Hillary Clinton’s participation in its policies as a reason for supporting Trump.

“For eight years Israelis suffered from Obama,” Ron Hofman, an Israeli who lived in California for 25 years, told WhoWhatWhy. He pointed to the “crisis” between Obama and Prime Minister Benjamin Netanyahu, and suggested Clinton will only be a continuation.

By contrast, he said, “Trump is an outsider from Washington corrupt politics.” Hofman wore an “Israel for Trump 2016” tee shirt and proudly waved a large Israeli flag throughout the evening.

Although no official poll shows whom Jewish Israelis prefer to be the next US president, the enthusiasm felt at the “Jerusalem Forever” rally far outweighed that at a much smaller and more understated event for Hillary Clinton, which also took place last week.

At that event, hosted by Democrats Abroad – Israel, New York Rabbi Joy Levitt joined about 10 guests in the living room of a local Jerusalem home, where she discussed the American economy, the impact of Clinton’s gender, and the political divide between religious and secular Jews. “I’m with her” posters hung on the walls, and many in attendance wore Hebrew pins that read “Jewish women for Hillary.”

It was a tranquil evening, in contrast with the rally for Trump, where speakers bemoaned the UNESCO resolution, criticized the Iran nuclear deal, and expressed concern about “the freedom of the world.”

In one video clip, Trump stood side-by-side with a Holocaust survivor, who said, “I believe if Donald Trump had been president, the Holocaust would have never happened.”

Israelis’ fervor toward Trump may be attributed to his and the GOP’s clear courtship of them, whereas Clinton and the Democratic Party have remained relatively quiet on US-Israeli relations.

“I say this on behalf of Donald Trump and Mike Pence: I unequivocally condemn and repudiate the UNESCO resolution,” Friedman said.

He added that under a Trump administration, there will be “the highest level of cooperation between the two countries… Israel will no longer be a client but a partner in the global fight against Islamic terrorism.”

The Clinton campaign has pledged its support for Israel, and also disapproves of the UNESCO resolution. Laura Rosenberg, a senior foreign policy advisor to Clinton, told the Jewish Telegraphic Agency that “it’s outrageous that UNESCO would deny the deep, historic connection between Judaism and the Temple Mount.”

Weiss pointed to her choice of advisors as evidence of her disloyalty, including Wendy Sherman, the lead negotiator in the Iran nuclear deal, and Clinton adviser Sidney Blumenthal, whom he called anti-Semitic.

“Hillary Clinton’s words are the cheapest currency in the political market,” Friedman said.

Anti-Trump Israelis were no less vehement in their denunciations.

In an email to WhoWhatWhy, Tel Aviv-based public opinion researcher Dr. Dahlia Scheindlin said Trump “would throw his own mother under the bus for self-promotion and it won’t take long for anyone who thought he was an ally to realize that (just read the news) — or be the victim of it.”

Elana Sztokman, a scholar of Orthodox Jewish feminism, told WhoWhatWhy that Trump “enjoys having neo-Nazis as followers. He shares that white-male superiority thing with them.”

Beyond loyalty to Israel, analysts on both sides of the political spectrum argued that their preferred candidate is in a better position to bring stability to the Middle East.

“[Clinton] is smart, balanced, and creative… I think that we can rely on her to do whatever is possible to do in order to bring peace to the region,” said Sztokman.

Israeli writer Caroline Glick turned that argument on its head. Speaking at the Trump rally, she said Clinton supported Obama’s policies that empowered enemies like Iran and “unleashed the chaos of jihad.”

When Glick mentioned Clinton’s name, some in the crowd started chanting, “Lock her up!”

Israeli law professor Haim Schein told rally-goers that the outcome of the US election is of crucial importance not only to Israel but to the entire world:

“If the US is weak, it’s a problem of Western civilization… Trump is the only one who can bring the US back to being a superpower.”

Regardless of their opinions on whom they believe is the better choice for president, analysts agree that the majority of Jewish Israelis, particularly those eligible to vote in the election, favor Trump.

Scheindlin explained this trend. “Many Americans who moved to Israel did so for religious-Zionist reasons… Since they do not live in the US, they are far more likely to make Israel policy a top-level priority in their electoral choice, than other domestic American issues.”

Scheindlin explained why so many Orthodox Jews favor Trump:

“Religious people are committed to holding on to as much of the West Bank as possible, for religious reasons (and somewhat for security). They therefore naturally support parties in Israel that advocate minimal or no concessions on those territories, and in the US, parties that are less likely to pressure Israel to reach a two-state solution that means conceding territory they consider holy. That’s it in a nutshell.”

In his pre-recorded video, Republican vice presidential candidate Mike Pence spoke directly to this part of the electorate: “Jerusalem is the eternal home for the Jewish people… Donald Trump and I understand Israel is hated not for what it does wrong but what it does right.”

Israelis’ preferences for the next American president will not determine the outcome of the election. Still, 80,000 American citizens in Israel voted in the 2012 election.