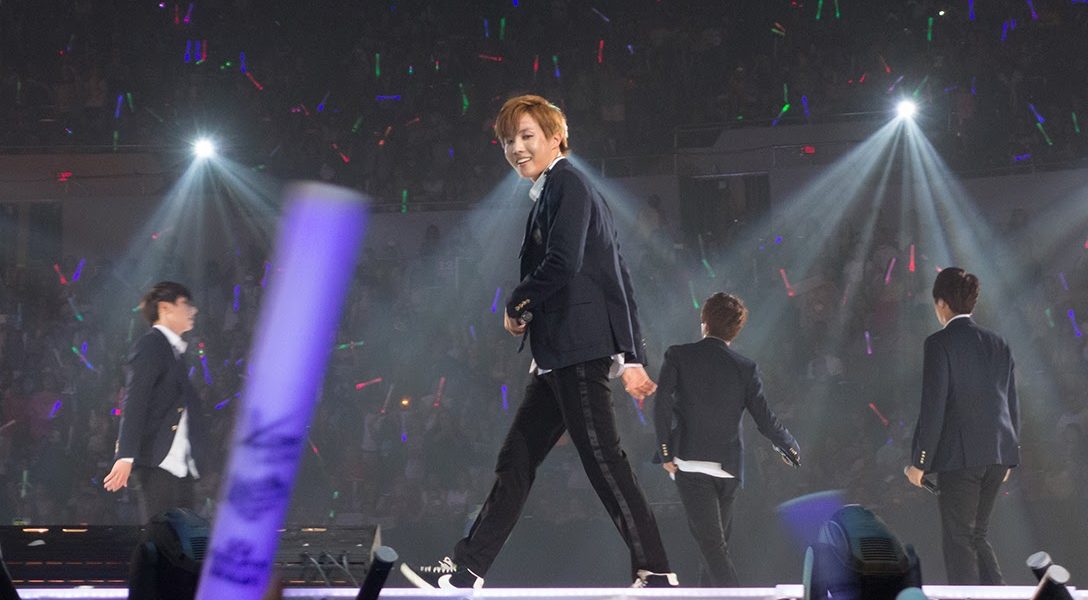 In Politics, K-Pop Fans Turn Up the Volume

On June 12, 16-year-old Claire Hanley posted a video on TikTok that has spurred teams of domestic and international cyber operatives who could affect the 2020 presidential election. No, they are neither Russians nor bots. They are “stans” — fans of K-pop, or Korean pop music.

Hanley was inspired by another TikTok post from the day before, posted by Mary Jo Laupp, a 51-year-old from Fort Dodge, IA.

Laupp, who wanted to disrupt President Trump’s planned campaign rally in Tulsa, OK — scheduled originally for June 19 (aka Juneteenth) and then moved to June 20 — urged people to join forces to “leave Trump standing at the podium alone.”

Hers was captioned, “Did you know you can make sure there are empty seats at Trump’s rally?” In the video clip she explained that by requesting tickets to his rally, people could prevent others from reserving seats.

Hanley’s post was more specific, urging both fans of BTS (a popular K-pop boy band) and K-pop fans in general to take action.

Hanley wasn’t new to expressing her views on TikTok, but her prior posts on the Black Lives Matter (BLM) movement and other social justice causes hadn’t spread the way this one did. Within five days, her video had a quarter-million views and 100,000 likes.

“I posted my video to achieve one singular goal: deplatform the president, who has aligned himself with fascism and white supremacy,” Hanley told WhoWhatWhy. Trump’s choice of a date with historical significance for the Black community was wrong, she said.

“Yes, he moved the date after being called out, and claimed that he had no idea of its significance, but that’s an obvious lie, and even if he didn’t know, his general ignorance towards racial injustice in America is unacceptable.”

Hanley also joined other critics in raising health concerns. “Hosting a rally during the outbreak of COVID-19 is incredibly dangerous, especially when President Trump refused to enforce a strict mask-wearing and social distancing policy,” she said.

“K-pop stans, and especially BTS stans” — who call themselves “ARMY” — “are one of the largest fan bases in the world,” Hanley said. “BTS has a history of being politically active,” she said, adding that Western media often don’t see it. “I have so much respect for both them and what they’re able to accomplish.”

Political and social activism by K-pop fans is nothing new. In addition to significant contributions to global charities, in late 2019, ARMY supported protests against social injustice and economic inequality in Chile.

In June, the community supported BLM activists by spamming and crashing the Dallas Police Department’s crime-watch app. On social media, they also drowned out hashtags like #whitelivesmatter by replacing them with K-pop content. In addition, ARMY matched BTS’s million-dollar donation to BLM in just 24 hours.

Stan Up to Power

President Trump and his reelection campaign staff had expected a large turnout for his first rally since COVID-19 quarantines started in March. Campaign manager Brad Parscale boasted that a million people had requested tickets for the Tulsa event, and the campaign planned on filling not only the 19,000-person venue where Trump was to speak, but also other areas of the 40,000-person capacity convention center and an outdoor place for overflow.

However, only 6,200 seats were occupied when Trump arrived, meaning no overflow space was needed, and the venue itself was noticeably empty in the upper levels.

Trump campaign advisor Mercedes Schlapp told Fox News that the disappointing numbers were due to concern about potentially violent protests, as well as the “left-wing media” stoking fears about the risk of attendees contracting COVID-19.

Only later did it become clear that the president and his campaign had been played, so to speak, by Generation Z and K-pop stans.

Campaign events rarely require physical tickets, making it unlikely that sham ticket requests actually restricted the quantity available. In a press release, the Trump campaign said event staffers “constantly weed out bogus numbers” and did so with “tens of thousands” of ticket requests for the Tulsa rally. Nonetheless, the actual turnout was almost 1 million people below the campaign’s estimate.

K-pop stans are particularly adept at utilizing social media, and use algorithms, memes, and fancam clips to promote their favorite groups. In 2019, K-pop fan tweets broke the 6 billion mark for the year.

Natalie Morin, who covers K-pop for Refinery29, explained to WhoWhatWhy that in order to support BLM protests, major fan accounts urged their supporters to stop trending popular K-pop hashtags to leave the stage open for BLM hashtags. Additionally, they urged fans to overwhelm racist hashtags with a flood of K-pop posts, and they shared online petitions and cards.

YouTuber and K-pop influencer Dezzy March noticed ARMY opposition to the Tulsa rally and said it came as no surprise. “K-pop fans are some of the most organized people on earth,” he said. “When they set a goal, they make sure they hit it. This was another one of their organized actions. The difference with this was that you could see it with all the empty seats.”

Emily Haydel, a host of the popular K-pop podcasts “Bleav in K-Pop” and “In My Feels,” told WhoWhatWhy that the community’s success with supporting BLM and interfering with the Trump rally will most likely bring more surprises. “Everyone is fed up with this administration and what it preaches,” Haydel said. The recent success of the K-pop initiatives, she said, shows that fans are only beginning to flex their muscles.

Do Online Movements Have Staying Power?

How Trolls Control an Internet Forum

Like any community, the K-pop community isn’t without its critics — or its flaws. K-pop has been accused of appropriating and profiting from Black culture. Fans defending their idols against these charges are frequently accused of silencing those raising their concerns as haters, and when fans organized to urge BTS to make a statement on BLM (prior to their million-dollar donation), many were attacked with racist slurs.

Media coverage is another issue. Morin explains that mainstream media portrayals of K-pop fans tend to be oversimplified. She says the community is much more complex than many on the outside understand it to be.

“A lot of people don’t take K-pop and its fans seriously,” Morin said, charging that this dismissiveness is “rooted in sexism, ageism, and xenophobia.” With an unknown culture like K-pop, she said, it is tempting to be reductive, “instead of putting in the effort to understand and untangle the different mechanisms that work within it.”

Morin explained that the K-pop community is complicated. While many K-pop fans are activists fighting for social justice, some espouse racist beliefs. “It is swept under the rug,” she said.

K-pop fans are diverse in regard to race, gender expression, and sexuality, as seen in KCONs in the US — conventions celebrating Korean culture and K-pop. In fact, K-pop audiences in America are majority non-Asian, which can be attributed to many factors. K-pop is associated with the “Hallyu Korean Wave,” which drove an increase in the global prominence of Korean culture. Other factors include the rise of social and digital media and the music’s inherent familiarity from its frequent crossovers with musical genres like R&B, EDM, rock, and hip-hop. Fans also relate to and identify with the music through poignant lyrics and vlogs and through K-pop’s presence as a global multicultural alternative to mainstream Western popular music. The prevailing assumptions in the West that K-pop fans are all teenage girls disengaged from politics is erroneous.

Within this complexity, the K-pop community’s mobilization as activists and the realization of their political potential may portend a new political reality — both in the long term and the near future.

“In the coming election in November, I won’t be old enough to vote,” Hanley said, “but organizing these cyberattacks to deplatform the president allows me to be a part of the change I want to see in this country.”

Hanley believes that many teenagers are just as politically motivated as she is. “Using unconventional methods in our protests makes us 10 times as powerful, because older people don’t know what to expect,” she said. “We’ve turned the revolution into our own personal party, where we get to have fun while tearing down the establishment, and it’s completely baffling to you guys,” i.e., non-teenagers.

“Our generation is unstoppable,” said Hanley.