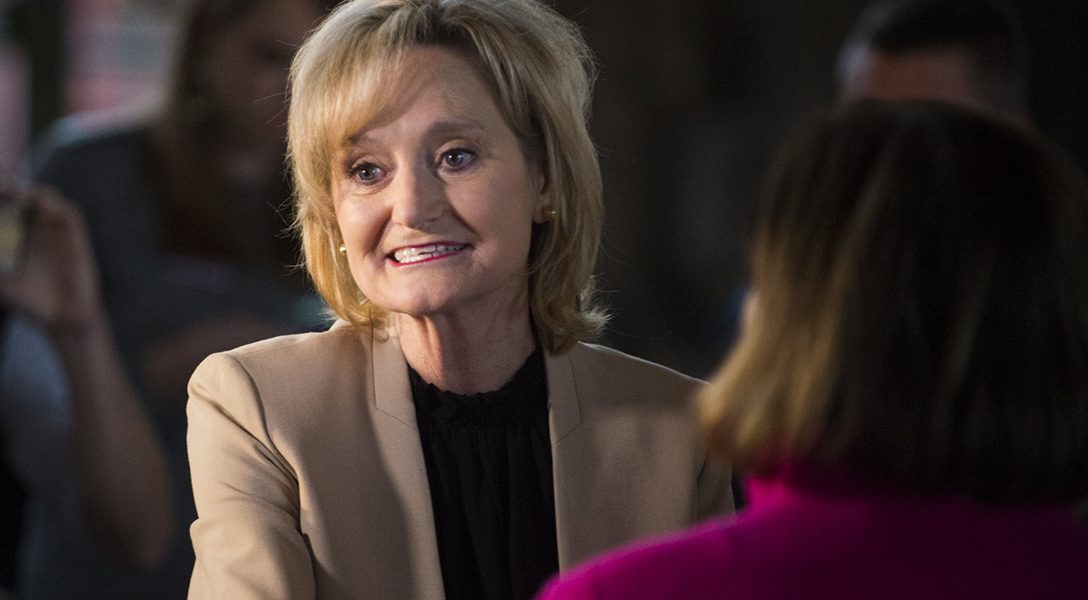 Today, Mississippians cast their ballots in a runoff election that will determine whether  incumbent Sen. Cindy Hyde-Smith (R) will hang on to her seat — or if Democratic challenger Mike Espy will prevail and become the state’s first black senator in Mississippi.

If it were up to Hyde-Smith, she would bolster her chances by making it it more difficult for some voters in her state to cast their ballots — in particular those likely to oppose her.

Before a small crowd in Starkville, Mississippi, she recently said “…there’s a lot of liberal folks in those other schools who maybe we don’t want to vote. Maybe we want to make it just a little more difficult. And I think that’s a great idea.”

Hyde-Smith is not the only Republican caught revealing the real motivation behind GOP efforts to craft new election laws and redraw congressional districts. Rather than tout voter identification laws as a measure to protect against fraud or partisan gerrymandering as inevitable, some Republicans, in unguarded moments, now are telling the truth: voter suppression helps them win.

A newly surfaced video shows a GOP senator from Mississippi talking about making it "just a little more difficult" for "liberal folks" to vote. It comes days after Cindy Hyde-Smith faced criticism for another video where she joked about a public hanging. https://t.co/8NXW04jxNA pic.twitter.com/ZMt5SO0VGf

After the video of Hyde-Smith circulated online, her team was quick to first dismiss the comment as a joke, only later to claim the video had been selectively edited.

Other Republicans have also let loose — although they usually try to keep their views private. A lawsuit laid bare Michigan’s incumbent Republicans’ concerted efforts to manipulate the 2011 redistricting process to their advantage. Emails filed in the lawsuit show that sitting lawmakers at both state and congressional levels consulted Republican donors.

Their language indicates just how invested they were in using the maps to maintain control. When proposed district lines allowed for too much leeway, lawmakers said they were “beyond pissed” or “just hated” the process. Consultants reacted accordingly, re-configuring lines to better suit their clients.

The League of Women Voters filed a lawsuit last month that claims the map is both unconstitutional and must be redrawn.

“Republicans weaponized the redistricting process in order to target and dilute Democratic votes throughout Michigan,” reads a motion the League filed. “The results have proved durable and powerful for Republicans, but they have meanwhile undermined the most fundamental and cherished rights in our democracy.”

But despite backdoor dealings, Michiganders voted to adopt an independent redistricting commission moving forward. The new model allocates the responsibility for making new maps to a bipartisan group of regular old citizens, rather than sitting politicians out to protect their own power.

Some Republicans have embraced a frank attitude for several years. In 2016, Wisconsin Congressman Glenn Grothman expressed his faith in voter ID laws’ ability to influence election results on local television.

“Well I think Hillary Clinton is about the weakest candidate the Democrats have ever put up,” he said. “And now we have photo ID, and I think photo ID is going to make a little bit of a difference as well.”

The record extends further back: a state legislator in Pennsylvania offered a similar argument in 2012. Mike Turzai said in the statehouse, “We are focused on making sure that we meet our obligations that we’ve talked about for years…Voter ID, which is gonna allow Governor Romney to win the state of Pennsylvania, done.”

While voter suppression didn’t help Romney win in 2012, President Donald Trump carried Wisconsin and Pennsylvania by slim margins in 2016 to win the presidency.

The message from Mississippi to Michigan is plenty clear: Republicans — especially incumbents — intend to keep people from voting, not encourage or facilitate participation. In the Mississippi run-off, the Espy campaign has taken advantage of Hyde-Smith’s honesty to underscore the true intent of established policies.

Hyde-Smith isn’t out to run a fair and free election: her party wants to manipulate the system however possible to its own advantage.