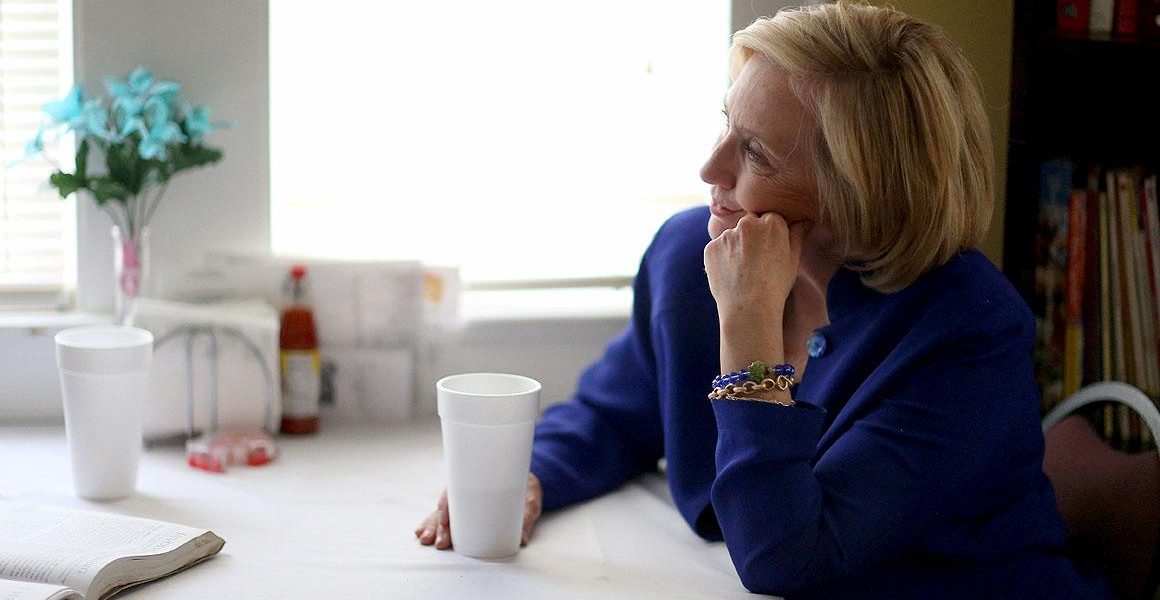 Progressives are skeptical of a Wall Street-backed war hawk running for the Democratic nomination? No way!

This is the unfunny irony plaguing the Clinton campaign.

Ahead of an April donor meeting, Brock prepared a memo to counter and persuade some progressive donors that were ‘cool’ to Hillary’s campaign.

Some highlights from the memo:

Q: “You say the Kochs represent all that is bad in this broken system, yet our presumptive nominee is in the pocket of big Wall Street banks. Aren’t we going to have a hard time going after the Kochs’ big money when some could argue that Sec. Clinton is bank rolled by Wall Street and therefore there is a pox on both our houses?”

A: “It is no secret that Sec. Clinton is fair-left and not far-left. I think it is safe to say that there will be a dramatic difference between Sec. Clinton and whoever is the Republican opponent. She has spent a lifetime advocating for women and children and fighting for the middle class and there is not one GOP candidate who has that record.’”

Q: “How can we stand up here and expect to be taken seriously talking about what they are doing when we are doing the same thing [as the Koch brothers]?”

A: “We will play by the existing rules in this election because we cannot unilaterally disarm – too much of what we care about is at stake. There is a major difference here – the Kochs are flooding the political system with money for pure self interest and self gain. People in this room are not motivated by personal gain, and often work against their own self-interest.”

The question – in regards to Hillary’s’ Super PAC-to-combat-the-Koch-Brothers’ machine’ – is why would a political celebrity like Clinton need to fight fire with fire? The Koch brothers may be pouring $889 million into the 2016 campaign, but polls consistently show Hillary trouncing the competition — Republican and Democrat alike.  Once would think that with such clout, campaign capital wouldn’t be a worry.

Questions (read: concerns) about Hillary’s ties to Wall Street – and foreign governments – have and will continue to plague the campaign. However, when the head of your Super PAC has to craft a memo to ward off controversial questions in an effort to woo skeptical donors (who claim to be on your side), there is a problem a-brewin’.