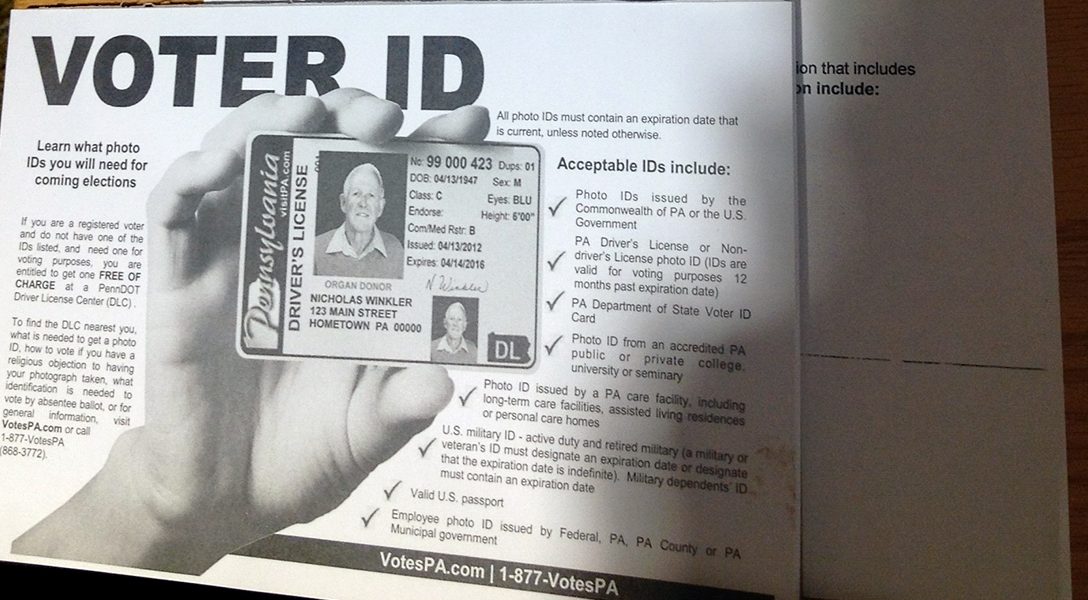 Republicans have tried to cement their power for years by putting in place various schemes to disenfranchise likely Democratic constituencies. Now that millennials might finally become more involved in the political process, will the right to vote of young people come under assault as well, and if so, how?

Unanimously, the election integrity experts contacted by WhoWhatWhy for this article believe that Republicans will try to put in place measures that make it more difficult for young people to vote. They are unsure, however, whether this would be done through tailor-made voter ID laws — both on the federal and state level — or other restrictions, for example, residency requirements for college students or targeted polling place closures.

The one thing that seems certain is that, in the face of demographic changes, the GOP will try to preserve its electoral majorities — consisting mainly of white, typically older, suburban and rural Americans — for as long as possible by wielding the power to make election laws in statehouses across the country.

Clues on how millennials might be shut out of the process can be found in how Republicans have successfully managed to suppress the votes of other groups. In addition to supporting voter ID laws, GOP governors and lawmakers have taken actions that prohibit or limit pre-registration, same-day registration, early voting, and provisional ballots — which are the preferred voting methods of loyal Democratic constituencies, such as minorities and young voters.

Success with these laws in recent years will likely galvanize Republicans to continue moving forward with similar tactics. As Greg Palast, a journalist who has covered this issue, told WhoWhatWhy: “If you’ve robbed the 7-11 without an alarm going off, why not go for the bank vault: the millennial vote.”

Shutting Out the Educated Young

According to the Center for Information and Research on Civic Learning and Engagement, the requirement in some states that photo ID must show the voter’s current address preponderantly affects younger voters, who are more likely to move to another state or electoral district, either to attend schools or simply because they are leaving their childhood homes.

Many college-age millennials move from their home state with only about one month to register to vote or update their registration.

Some states flat out refuse to accept a student ID for voter registration. Others are more accommodating, notes John Sides, associate professor of political science at George Washington University. He points to New Hampshire as an example of a state that allows various forms of photo ID, including student ID, as well as a work-around for voters without a form of identification.

“One thing that would affect the millennial vote,” Slides says, “is whether college students have polling places near their colleges or universities.”

Jonathan Simon, executive director of Election Defense Alliance, agrees that forcing millennials to vote from home rather than college or grad school is an “obvious ploy.” Additionally, with younger voters, Simon believes it is easier to discourage them from voting “by throwing administrative obstacles in their path.”

In other words, if voting is simple, then voter participation among millennials and other groups would be much higher.

“The New Jim Crow Laws of Our Time”

Combined with voter ID laws and other punitive measures, voting restrictions disproportionately affect Democratic turnout. According to model estimates of general elections when strict photo ID laws were in place, Democratic turnout dropped more than Republican turnout. The turnout gap between Republicans and Democrats increased when strict voter ID laws were introduced, and doubled when they were made more stringent. Sen. Ben Cardin (D-MD) has called these laws “the new Jim Crow laws of our time.”

While voter ID laws have a negligible impact on the average American voter, they have a drastic effect on minorities. According to one analysis, 11% of Americans nationwide lack government-issued photo IDs. By another estimate, almost 20% of blacks do not have the proper identification. Thus, for minorities, there are strong signs that strict photo identification laws decrease turnout. Still, Tom Crean, the political activism director for George Washington University Republicans (GW Republicans), defended these laws: “Voter fraud may not be huge, but the question isn’t the magnitude,” he told WhoWhatWhy. “It’s the size in relation to the margin of error. In some local level elections, it’s larger, which is an issue.“

When asked to name a specific incident, Crean was unable to point to a single example of voter fraud swinging an election from one candidate to another.

Reports, studies, and papers published by Columbia University, Arizona State University, Harvard, the Government Accountability Office, the Brennan Center for Justice and the Republican National Lawyers Association — to name a few — found nearly non-existent levels of voter fraud, as well as scantily prosecuted cases where such fraud was found.

Since voter fraud is extremely rare, and close elections are rare, close elections changed by voter fraud are rarer than rare — WhoWhatWhy could only determine one recent case. In 2015, a city council election in the New Jersey town of Perth Amboy was decided by a mere 10 votes. A judge overturned the election and ordered a new one after it was revealed that at least 13 illegal absentee ballots had been cast.

Despite the scarcity of such cases, Lorraine Minnite, associate professor at Rutgers University-Camden, told WhoWhatWhy there is a “high likelihood” that Republicans will press forward with voter ID laws at the federal level, using voter fraud as a justification.

This would be in line with the recent establishment of President Donald Trump’s election integrity commission, which seems designed to perpetuate the myth of widespread electoral theft through massive voter impersonation.

The Changing Face of the American Electorate

While millennials may engage in civic activism, many now turn away from institutional forms of participation, particularly voting. If this trend continues, it will have serious electoral consequences.

Baby boomers and prior generations have cast the vast majority of votes in every presidential election since 1980.  That is bound to change as millennials come to outnumber boomers in the years ahead. Demographers estimate that the millennial population will peak in 2036 at 81 million, and by 2050 the boomers will dwindle to a mere 16.6 million.

But the lower turnout rates of millennials, along with vote-suppression actions at the federal and state levels, may significantly delay or impair the impact of millennials on American elections. This outcome, despite the fact that the US is becoming a younger and increasingly diverse country, would represent a major victory for the Republican strategy of limiting access to the voting booth for predictably Democratic constituencies, such as racial minorities and millennials.