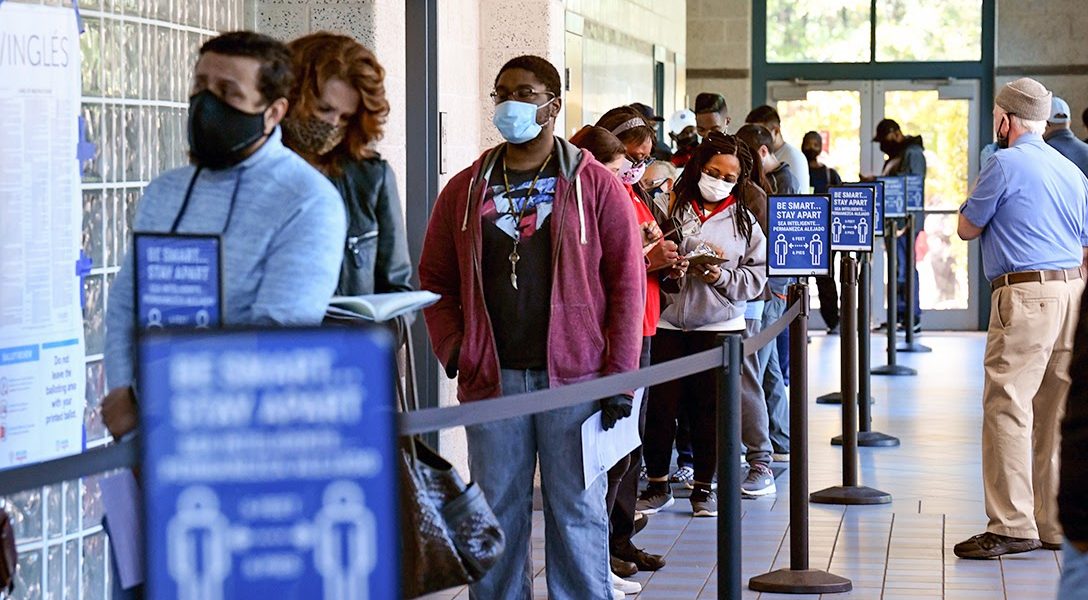 It wasn’t the sort of leak that is customary in politics but it still set back ballot processing in one very large county in Georgia that could play a big role in determining who wins the state in the presidential election.

In Fulton County, which includes Atlanta, the processing of absentee ballots was temporarily halted on Election Day morning after a pipe burst at State Farm Arena.

According to a spokesperson from the Georgia secretary of state’s office, the leak, “did not damage any voting equipment. It did not damage any ballots. But it prevented workers from being in that space for about four hours while they cleaned up the water and fixed up the pipe.”

The spokesperson said that he was not aware of what caused the leak but suspected it was an accident and not foul play in what is normally home to the Atlanta Hawks basketball team.

State officials said Wednesday that there are still about 200,000 votes that haven’t been counted in Georgia, where President Trump has a lead of some 57,000 votes.

Many of the uncounted votes are in the heavily Democratic suburbs of Atlanta.

As of Wednesday evening, only 89 percent of the vote had been counted in Fulton, Cobb and DeKalb counties, and 84 percent in Clayton County, all of which were going for Joe Biden by wide margins.

Neighboring Gwinnett County experienced its own unexpected setback on Election day when a software glitch prevented more than 60,000 absentee ballots from being processed, according to WSB-TV Atlanta.

The software showed the adjudication process as pending, when ballots had already been cleared. Adjudication is the process by which potentially problematic ballots are reviewed by bipartisan inspectors. The software was being used by the county for the first time.