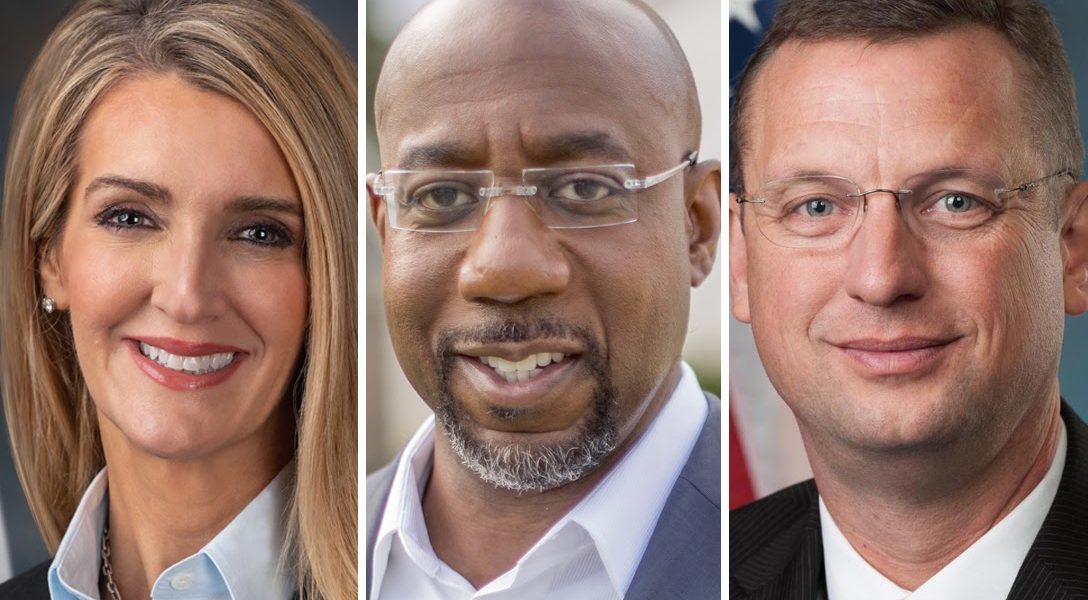 Georgia Lines Up to Vote Despite Difficulties

It took a hurricane to disrupt the steady flow of Georgia voters to polling places to cast early, in-person ballots.

Civil rights groups were quick to suggest that Gov. Brian Kemp (R) should make up for the Hurricane Zeta-related power outages that temporarily disrupted voting in 16 counties on October 29 by extending voting hours on the last day of early voting on October 30, USA Today reported. While the governor didn’t order an extension, counties had the option to extend voting beyond regular business hours to deal with voter lines, and polling places in several counties stayed open later than scheduled.

Georgia voting-rights advocates also have been seeking voting protections in court throughout 2020, including the days leading up to the election. US District Judge Amy Totenberg ruled on October 12 that Georgia polling places must have paper ballots on hand on November 3 in case Georgia’s new $104 million electronic voting system fails.

State statutes require a minimum supply of paper ballots that is equal to 10 percent of registered voters assigned to a specific polling place. Common Cause Georgia, which had filed an amicus brief asking Totenberg to require paper ballots equal to 40 percent of registered voters, issued a statement pledging to work with local election officials to ensure enough ballots would be available on Election Day.

“It’s clear that the demand for these ballots will be extremely high in this election and will far exceed the statutory minimum of 10 percent,” Executive Director Aunna Dennis said in the statement.

Totenberg declined to specify the number of paper ballots that should be available.

All ballots must be received in the state by Election Day, although extending the voting deadline in the state has gone back and forth in the court system. A lawsuit asked for the deadline for election officials to receive absentee ballots to be extended from November 3 to November 6. The 11th US Circuit Court of Appeals overruled an earlier ruling granting that request and restored November 3 as the deadline.

Early voting and absentee by-mail votes in Georgia together totaled more than 3.8 million votes on Oct. 30, which compares to a total of 4.1 million votes cast in the 2016 presidential election.

Increasing Georgia voter participation, especially among younger voters, has led to the state’s recent status as an election battleground where Democrats can effectively challenge Republicans, who have dominated statewide races since 2005.

Richard Cohen, in Decatur, GA, aimed to bypass what he sees as ongoing voter suppression attempts by hand-delivering his absentee ballot to the secured voting box in front of City Hall this year and then confirming its arrival online. He said it’s clear that the state is highly fragmented politically. During his 27 years as a Georgia resident, Cohen has watched the state transition from “Southern Democrat to Republican to now quite purple.”

“Where I live in Decatur, voters are incredibly energized,” Cohen said, adding that there are high levels of support for Democrat Joe Biden. Cohen and his wife, Marti, opted not to travel outside the metro Atlanta area this year to spare themselves the “misery” of observing high levels of Trump support in some rural areas of Georgia.

The Democratic Party’s increasing sway with voters gained nationwide attention in 2018 when Kemp narrowly defeated Democrat Stacey Abrams by 55,000 votes for the governor’s office. Kemp was accused of voter suppression during his eight years of overseeing Georgia voter registration and elections as the secretary of state from 2010 to 2018. During that time, the secretary of state’s office removed 1.4 million inactive registered voters from the registration roll.

Both of Georgia’s US Senate seats are up for election in 2020. Sen. David Perdue, a Republican, was elected to the Senate in 2014 and now faces a strong challenge from Democrat Jon Ossoff, as well as Shane Hazel, a Libertarian.

Sen. Kelly Loeffler, a Republican, was appointed to fill Georgia’s other Senate seat after Johnny Isakson resigned in 2019 for health reasons. Her most prominent challengers are Rev. Raphael Warnock, a Democrat, and Republican Doug Collins, although the race includes a total of eight Democrats, including Matt Lieberman, son of former senator, Joe Lieberman, six Republicans, five independents, one Green Party candidate, and one Libertarian. If no candidate receives a majority of votes on November 3, the top two vote-getters will advance to a special runoff election on January 5, 2021.

Early voting and mail-in votes in Georgia together totaled more than 3.8 million votes on October 30, which compares to a total of 4.1 million votes cast in the 2016 presidential election. The surge occurred despite long lines that required early voters to wait as many as 10 hours to cast their ballots in some locations. Many voters shared first-hand accounts of long waits on social media shortly after early voting began on October 12.

Another 2 million voters are expected to cast their ballots on Election Day, bringing total participation to a projected 6 million voters, which would represent 79 percent of Georgia’s 7.6 million registered voters.