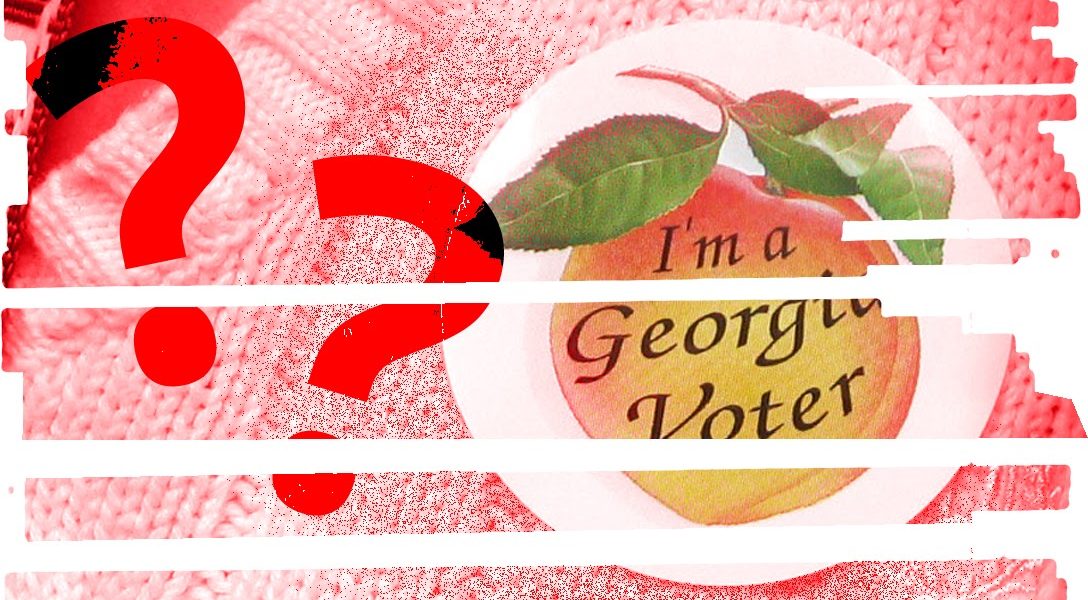 Melissa Clink’s phone rang right before Thanksgiving. It hasn’t stopped ringing since. Emails poured in, online mentions multiplied, and when the Forsyth County Democratic chairwoman opened this video, she saw why.

In the video is Amy Wexler Weaver, a Democratic Party activist who makes this claim: “Yesterday, while I was out working, I came across 11 different people who had voted a few weeks ago in the presidential election and are no longer showed as registered to vote.”

Weaver warns Georgians that even if they voted in the general election just last month, their names could have been purged from the voter rolls, preventing them from voting in the upcoming Senate runoff races between incumbent Republican Sens. Kelly Loeffler and David Perdue and Democratic challengers Rev. Raphael Warnock and Jon Ossoff.

But Clink says the claim is not true.

“[Purging is] not happening right now, and it’s not a secret when they do it,” she told WhoWhatWhy. “To a viewer who doesn’t know how the sausage is made, it looks scary. But it’s business as usual. I would not give this any more light than it’s already been given.”

Weaver’s claims struck such a chord with Georgia Democrats because they seem so believable. The state made headlines in September for illegitimately purging hundreds of thousands of people from the voter rolls, in what Republican election officials argued was just routine maintenance and cleanup of voter registration data.

Adding fuel to the fire, Secretary of State Brad Raffensperger, a Republican, announced Monday he’s investigating multiple voting-rights groups who are trying to sign up new voters in advance of the January 5 runoffs. He’s looking into allegations they are attempting to register people from out of state, claims the voting-rights groups deny.

Raffensperger’s move comes as he’s been under intense fire from President Donald Trump and fellow conservatives for ratifying President-elect Joe Biden’s win in the Georgia general election and stating that no significant voter fraud has thus far been apparent. The Republican infighting and claims of fraud have some in the GOP fearing Trump supporters will stay home in January.

That’s why Georgia Democrats are particularly concerned by the viral video, seeing it as a distraction while they try to take advantage of the intra-GOP feud and focus on registering and turning out progressive voters for the runoffs.

Weaver, the party activist who made the video, says she meant well, and that the worst that could happen is that more people check their registration before trying to vote.

“It is always a good idea to have people check their registration. I don’t think this discredits the Democrats; no party in particular is in charge of the voter rolls, that’s supposed to be bipartisan,” Weaver said. “As a party, one of the reasons we struggle to get things done is because of things like this. Republicans back each other up. Democrats have such inter-party conflicts that we fail to get anything done.”

“Something is not right; she came in saying she’d been working on activism for years, but no one in the activist community knows her. This was harmful, it delegitimizes when people are actually purged.” — Melissa Clink, Forsyth County Democrats Chairwoman

Clink and the Forsyth County Democrats disagree. They say messaging like this is akin to crying wolf and harms the reputation of the Democratic Party.

“It’s really important not to yell fire in a theater. We need all of this to be taken seriously and have integrity,” Clink said.

The January election is especially important because control of the Senate is at stake, and with it Biden’s chances of pushing through his agenda. If the Democratic challengers both win their seats, the Senate will flip to the Democratic Party, thanks to Vice President-elect Kamala Harris’s tie-breaking vote. If even one of the Republicans win, the GOP maintains control and Biden will have a tough time passing legislation.

The Forsyth County Democrats worry that Weaver’s video will cast doubt upon the party itself, causing Georgia voters to wonder if it is trying to trick them somehow.

“She said even if she scared voters, and it’s not accurate, at least people are checking [their registration status], but we don’t want to do that,” Clink said. “We don’t want to incite fear. She’s caused a lot of harm to the organization.”

Weaver says she did not mean to speak on behalf of the Democratic Party itself, but rather as an independent activist. She works hard to get out the vote for many organizations, she says, and the mix-up occurred when a producer from New York called her to help get her message out. Weaver made the video for her family and friends, she said, and had no intention for it to go viral. It just happened.

“I literally downloaded TikTok two weeks prior to this, and only because my kids are on it. I had 200 followers. I didn’t think it was going to be a huge deal. I just felt like I needed to warn people. I made the video and went to sleep. I woke up, and my 15-year-old told me I went viral. I didn’t want this.”

Clink blames the missing voter names on a computer glitch, where voters using a certain browser won’t see their names, but if they switch browsers, they will show up.

She says she tried to go through other means and was ignored.

“The first thing I did was send emails to New Georgia Project and to FairFight,” Weaver said. “I called and left a message with ACLU, tried to get hold of Warnock and Ossoff, no one responded. I felt quite fervently that something was going on and something was a problem, especially with the history of voter suppression in this state. So I raised an alarm. I wanted people to see what I saw.”

The Forsyth County Democrats, meanwhile, have stripped her of her duties while they work to manage the fallout.

“Something is not right; she came in saying she’d been working on activism for years, but no one in the activist community knows her,” Clink said. “This was harmful, it delegitimizes when people are actually purged.”

Weaver maintains her observations are both true and important. She says it’s not a hoax; it is something she observed as a citizen.

“What I spoke was my truth, what I witnessed personally. And since then, 27 people on the comments of that video alone say they voted and they’re not there,” Weaver said.

Clink argues that purging voter rolls without documentation is illegal, and that there are laws preventing any purge within 90 days of an upcoming election.

“We’ve been working on the recount. We’re setting up volunteers. No one is purging anyone. The secretary of state is busy. And it’s against federal law,” she said.

Clink blames the missing voter names on a computer glitch, where voters using a certain browser won’t see their names, but if they switch browsers, they will show up. She says that the long paragraph mentioned in the video does not mean that the voter is no longer registered, but instead is an error message referencing the computer issue.

“Even if it is just a computer glitch, people have to know because how else are they supposed to check where they are supposed to vote?” Weaver said.

In terms of the race itself, more than 940,000 Georgia residents have requested mail-in ballots at this point. For reference, 1,300,000 mail-in votes were counted in the general election. Georgia remains a state where voters must request a mail-in ballot, even if they voted by mail last month.

Mail-in voting began November 18, and voters who still need to register have until December 7 to do so. Georgia residents can check their voter registration status here. Early in-person voting starts December 14.