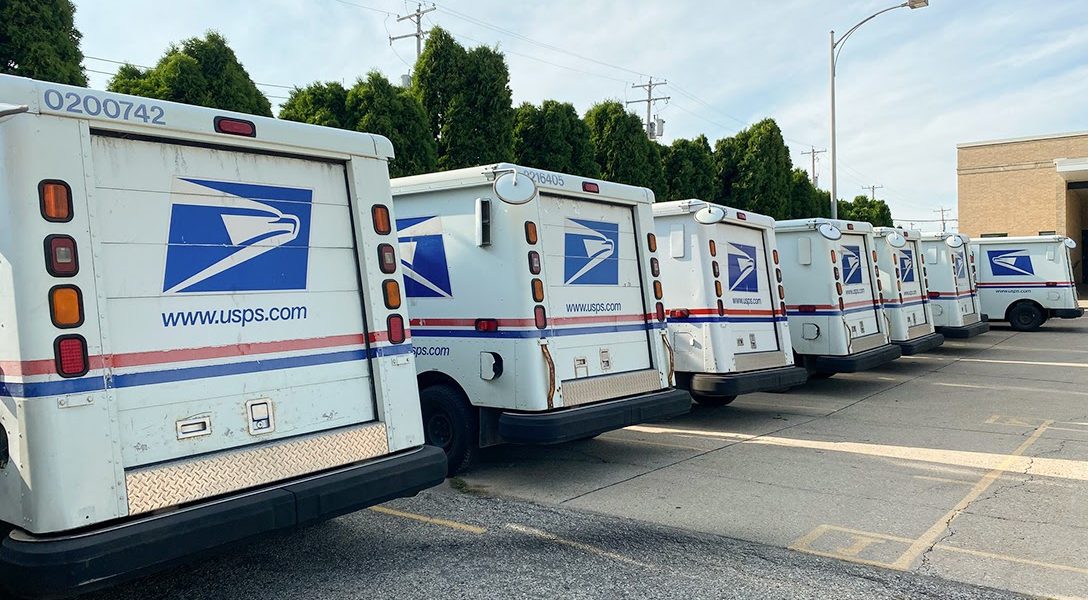 With Election Day almost here, Wisconsin voting-rights groups and political parties have launched last-minute voter education campaigns to track down around 200,000 absentee ballots that have not yet been turned in.

That figure includes over 50,000 ballots in the highly-populated Democratic strongholds of Milwaukee and Dane Counties. President Trump won Wisconsin by fewer than 23,000 votes in 2016.

Voters seem to be listening — over 500,000 ballots were returned between October 26 and  November 1, according to data from the Wisconsin Elections Commission, though there have been over 300,000 more absentee requests in that time period. As of the beginning of November, 1,873,403 absentee votes have been cast in Wisconsin.

Although most of the state’s mail-in ballots — 87 percent — have already been turned in, those that have not yet been submitted are unlikely to reach clerks in time to be counted if mailed, election experts say.

“If you haven’t gotten your absentee ballot in two weeks before the election, go in person,” said David Becker, executive director of the Center for Election Innovation & Research.

Other options for those who have not already mailed their ballots are drop boxes and returning ballots at clerks’ offices.

It is unclear how many of these remaining ballots have been received by voters or are in transit to election offices to be counted. Finding them has become urgent as on-time delivery rates for first-class mail have dropped to worryingly low levels; only 60.7 percent of mail delivered on October 27 in Lakeland, the USPS district that covers most of Wisconsin, was on time, and 4.5 percent of election mail was more than three days late that week. The USPS reported 95.1 percent of ballots got to election officials on time, and 89 percent to voters, but critics say those figures only apply to mail identified by the agency as ballots.

Voting-rights groups and political parties have for months advised requesting and returning absentee ballots well in advance of the election to avoid delivery snags, a warning that has come into sharp focus with the Supreme Court’s ruling that all absentee ballots in Wisconsin must be received by 8 p.m. on November 3.

The guidance to voters comes as the USPS has suffered under proposed changes from Postmaster General Louis DeJoy, many of which have been suspended until after the election but have still slowed delivery times. A report by the USPS inspector general found that only 86.8 percent of first-class mail was delivered on time nationally as of September 3, almost 10 points down from the target of 96 percent, but an improvement on the low of 79.7 percent in July. Between April 1 and June 30, before DeJoy introduced the new policies, 94 percent of two-day first-class mail was delivered on time in Lakeland.

The changes have affected the delivery of election mail, and even some proactive Wisconsin voters have had difficulties obtaining their ballots.

Peggy Dickson of Fox Point, a suburb of Milwaukee, said she requested her absentee ballot in mid-September and that the village indicated it was mailed on September 16. When she hadn’t received her ballot by October 1, she was alarmed and contacted the Fox Point clerk. A second ballot arrived three days later.

Then, on October 20, the one she had originally requested came in the mail with postmarks from three different states over a month-long period. “There is the original postmark from 9-16-20. Then there is a postmark from New York, NY on 9-30-20. And there is a third postmark from South Suburban Illinois on 10-15-20. And now I receive it here in the 53217 zip from which it was originally mailed on 10-20-20,” Dickson said in a post on Nextdoor.

The saga led her to have “a very difficult time believing the USPS is operating effectively and efficiently.”

“I must say, though, that if a governmental agency was investigating the USPS, I would be the first to volunteer to testify. I have kept the original ballot just in case,” she said.

In the Village of Oregon, just south of Madison, Patricia Downing and her husband requested their ballots on September 24 using the standard mailers distributed to registered voters by the WEC, which say to allow seven days for delivery. But the request didn’t arrive at the Village of Oregon clerk’s office until a month later, on October 20. They received the ballots four days after, and dropped them off at their polling place.

“We were getting really anxious. Like, the second week of October we still hadn’t gotten it and we were like, oh, it’s getting late. When we checked the website on the 20th and saw that they got it we were like, well, that’s pretty late,” Downing said. “I just thought if I don’t get it, I’ll go vote in person.”

Downing said she understands the village is likely overwhelmed by the sheer number of requests this year and praised its quick response once the mailers were delivered. But while she and her husband waited for their ballots, several of her co-workers who had requested ballots online received them just days later. She still has no idea why the process took so long.

A spokesman for the USPS said the agency’s “number one priority between now and the November election is the secure, timely delivery of the nation’s Election Mail.”

“Additionally, consistent with practices in past election cycles, local management is authorized and instructed to use extraordinary measures — expedited handling, extra deliveries, and special pickups — between October 26 and November 24 to accelerate the delivery of ballots, when the Postal Service is able to identify the mailpiece as a ballot.”

Experiences like Dickson’s and Downing’s could have been caused by a postal service or election office problem, Becker said, and were hopefully “sporadic” and “episodic.” The fact that they hadn’t received their ballots by early October “should have already told you to go to plan B.”

Voters who have not received their mail-in ballots and choose to vote in person will have to tell election officials they did not return the ballots and then sign a poll book.