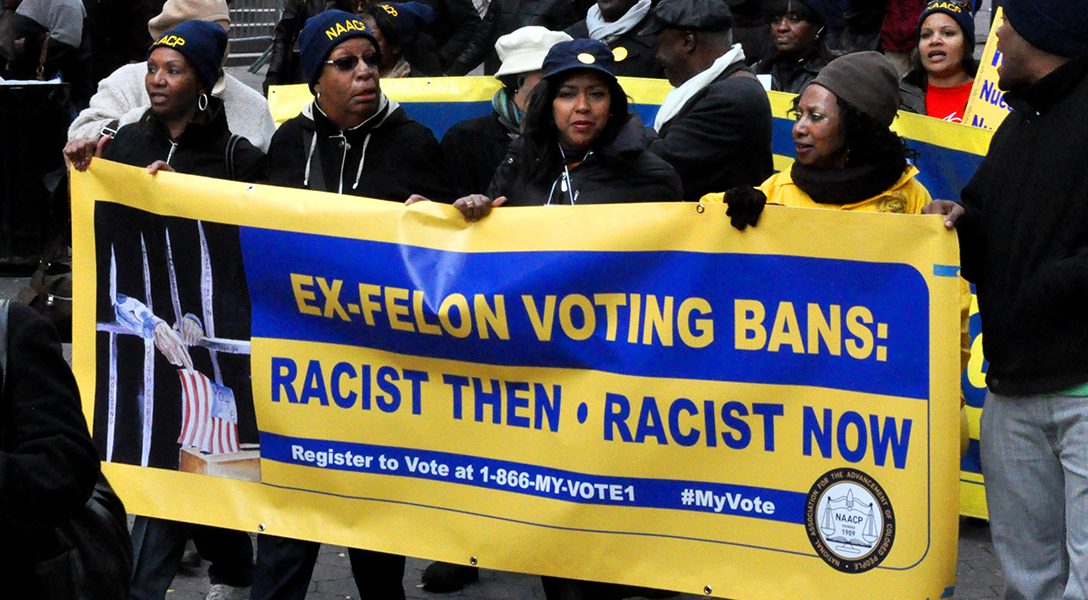 Voting-rights advocates were ecstatic when Florida and Iowa finally decided to allow former felons to vote, and Democrats thought it could deliver a big boost in the presidential race.

It did not come to pass, however, at least not in this election cycle, as few ex-felons ended up being registered to vote in either state.

In Iowa, part of the issue was the timing of when the state restored voting rights to those who had served their time.

Republican Iowa Gov. Kim Reynolds proposed in January of 2019 that the state pass a constitutional amendment to allow former felons to vote.

A year later, when no action had been taken on the matter, she again brought attention to the issue in her Condition of the State address. However, Reynolds did not sign an executive order to make it happen until August of 2020. The voter registration deadline in Iowa was October 24.

In the end, only 2,550 of the 35,000 felons who were eligible actually registered to vote. That’s just 7 percent. Not that it would have made a huge difference in the outcome on Election Day, when President Trump won Iowa by more than 138,000 votes.

“On the one hand, it’s great that over 2,500 people have become eligible to vote and have exercised that right by registering,” Mark Stringer, executive director of the Iowa chapter of the American Civil Liberties Union, told the Gazette in Cedar Rapids. However, the number is “disappointingly low,” he added. “We will continue to try to elevate this opportunity for folks.”

In Florida, it could have been a different story. Activists estimate as many as 1.4 million former felons might have become eligible since voters in 2018 approved restoring the right to vote to most former felons.

The Republican-controlled state Legislature added a catch a year later, however, requiring them to pay off all outstanding court fines to qualify to vote. Activists stepped up and raised more than $25 million to help pay off the debts, with most of the money coming from the billionaire former mayor of New York City, Michael Bloomberg.

In the end, only 67,392 former felons registered to vote in Florida, where Trump defeated Biden by more than 377,000 votes.

Voting Is Validation of Citizenship

Advocates see voting as a validation of citizenship. More than 5 million people — roughly 1 in 44 Americans — are denied that validation because they are current or former felons, according to the Sentencing Project. In 35 states, this includes former felons who have been paroled.

Since 2015, nearly 1 million have been granted the right to vote due to constitutional changes in several states.

In 2019, Louisiana passed a law giving felons who had not been incarcerated within the last five years the right to vote, increasing suffrage in the state by 36,000.

Two states, Maine and Vermont, allow all felons to vote, including those currently incarcerated. The District of Columbia began allowing incarcerated persons to vote in this year’s elections, and Puerto Rico has allowed prisoners to vote absentee since 1980.

On the other hand, 35 states place restrictions on paroled felons’ voting rights, including Kentucky and Virginia, which require felons to individually petition the state government for their right to vote. In these states a petition usually includes a formal letter to the governor and an analysis by the secretary of state, which then needs to be reviewed and signed by the governor.

Eight states have some type of circumstantial law in place, though many of them are vague in language. Alabama’s 2017 moral turpitude law excludes felons from voting if they are guilty of committing any one of 47 specific offenses.

As in Florida, more than half of the states require felons to pay their legal debts before the restoration of voting rights will even be considered. With court and legal fees often exceeding thousands of dollars, many felons simply lose out on the opportunity to ever vote after incarceration.

As criminal justice reforms take hold, however, large numbers of young African American men will be given the right to vote, potentially drastically altering election outcomes for years to come.