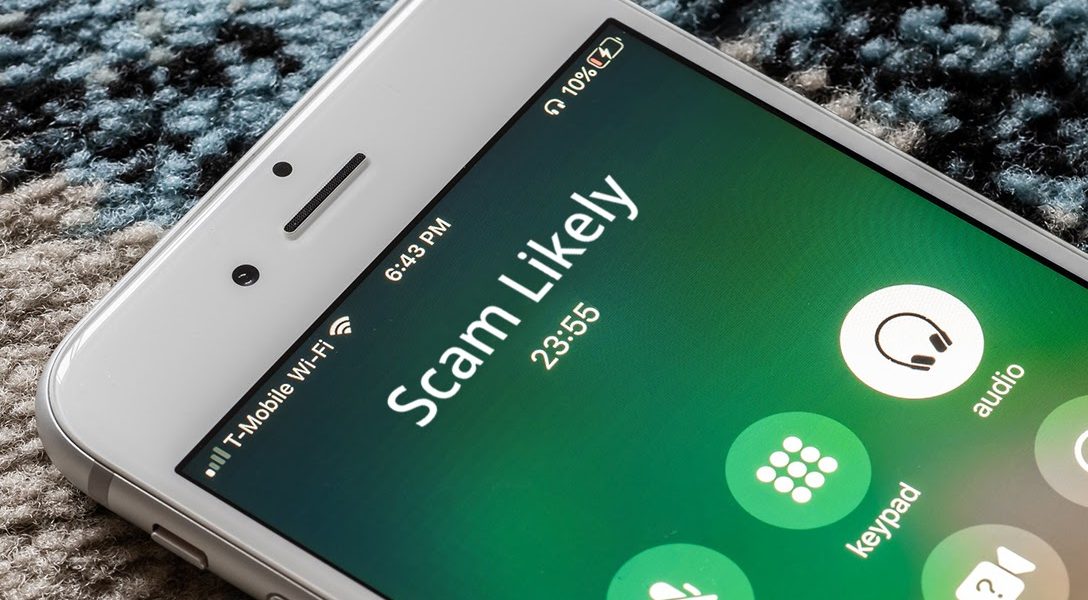 As polling places opened on Election Day, many Americans received anonymous robocalls or texts, urging them to “stay safe and stay home” instead of showing up to vote in person.

During the past several weeks, approximately 10 million calls from fake phone numbers were made, featuring a robotic voice saying the message was a “test call” before advising voters to stay at home, the Washington Post reported on Tuesday.

The apparent scope of this developing disinformation campaign comes as Christopher Krebs, director of the Cybersecurity and Infrastructure Security Agency, said in a Tuesday morning press conference that “today, in some senses is halftime” — even before reports of the robocalls were widely known. “There may be other events or activities or efforts to interfere and undermine confidence in the election,” he added.

Bogus calls have been reported in at least eight states, including important battleground states such as Iowa and Michigan.

The FBI has opened an investigation, an unidentified Trump administration official told the Post. The Federal Communications Commission said it also knew of reports about misleading calls. It was not immediately known how long those agencies had been aware of the robocall campaign, or why apparently no warnings were issued to voters who might receive bogus calls.

Alex Quilici, CEO of spam-blocking company YouMail, said the calls did not directly mention the 2020 elections, but still aimed to sow confusion and demonstrate vulnerabilities in the election process that could be exploited.

An investigation by YouMail found that the calls might be of foreign origin, although they appeared in caller IDs as local phone numbers. The campaign began in the summer, according to the YouMail analysis, and grew more aggressive in October, reaching 280 of the nation’s 317 area codes.

“If you wanted to cause havoc in America for the elections, one way to do it is clearly robocalling,” Quilici said. “This whole thing is exposing [that] it can be very difficult to react quickly to a large calling volume campaign.”

New York Attorney General Letitia James (D) said Tuesday via Twitter that her office was investigating the calls and had issued subpoenas, though she did not identify the targets or provide more details.

Michigan Attorney General Dana Nessel (D) said that she was getting reports of robocalls encouraging residents in Flint — a city of mostly Black voters considered more likely to be Biden supporters — to delay voting until Wednesday because of long lines at polling places. By then, of course, the polls would have been long closed.

“Obviously this is FALSE and an effort to suppress the vote,” Nessel tweeted. “No long lines and today is the last day to vote. Don’t believe the lies! Have your voice heard!”

Nessel had warned the previous day that text messages were being sent out seeking to trick voters in Dearborn, a Detroit suburb, into believing “there are ballot sensor issues.”

In Iowa, another battleground state, the Des Moines Register reported that the secretary of state’s office had contacted the FBI about the calls.

The Kansas secretary of state’s office tweeted that it had received reports of robocalls “telling voters to stay home” and urged residents to ignore them. Similar announcements were made in Nebraska. Additionally, voters in the swing states of Georgia, North Carolina, Florida, and Pennsylvania reported receiving these calls, according to an analysis of SeeSay2020 data which tracks voter suppression reports made online.

Voters in Florida and Alaska reported threatening emails from web domains associated with the far-right Proud Boys group demanding they vote for Trump or “we will come after you.” The Proud Boys denied sending the emails.

Many intelligence experts have warned of the possibility that domestic or foreign actors would launch disinformation campaigns to affect the outcome of the 2020 presidential election, much like similar efforts made in 2016. President Trump, however, has largely dismissed such concerns.

At a White House news conference in September, he said the biggest threat to the US election was early voting, with “governors from opposing parties controlling ballots, millions of ballots. To me, that’s a much bigger threat than foreign countries because much of the stuff coming out about foreign countries turned out to be untrue.”

The US director of national intelligence, John Ratcliffe, said October 21 that Russia and Iran had obtained voter registration information in an attempt to undermine public confidence in the 2020 election. Also, Iran sent false information to voters, including spoof emails claiming fraudulent ballots could be sent from overseas, he said. Both countries have denied the allegations.

Ratcliffe accused Iran of being the source of fake emails last month meant to intimidate voters, incite social unrest, and damage Trump. Mistakes made by Iranian hackers later tied them to the threatening emails.